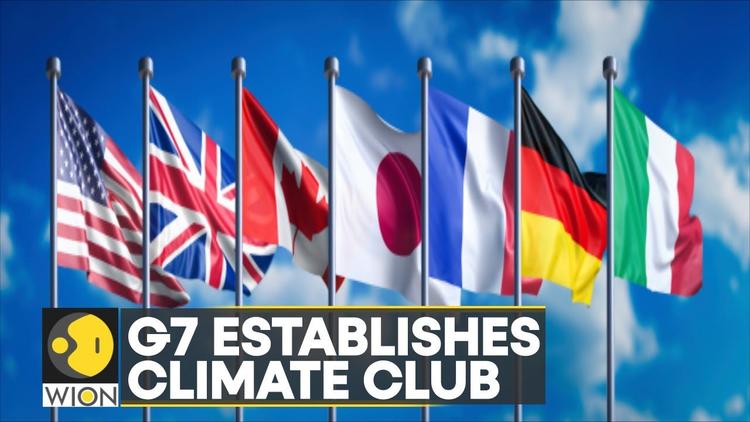 ( Clean Energy Wire ) – The G7 group of influential economies have set up an international climate club to support the implementation of the Paris Climate Agreement, with a focus on pushing the climate-friendly transition of the industry sector.

The club is open to other countries and aims to raise climate action globally, the G7 stated in the agreed terms of reference. “Focusing in particular on the decarbonisation of industries, we will thereby contribute to unlocking green growth,” the group said in a statement following a video conference of the country’s leaders.

In the climate club, committed countries could become “international drivers for emissions reduction in industry,” said economy minister Robert Habeck. “We want to bring climate-friendly basic materials, such as green steel, to the market quickly, and to improve their opportunities internationally.” Overall, the club would be built on three pillars: climate mitigation by working towards a common understanding of how different measures can be made comparable, industry decarbonisation, and boosting international ambition through partnerships and cooperation.

The G7 asked the Organisation for Economic Cooperation and Development (OECD) and the International Energy Agency (IEA) to host an interim secretariat.

Already at their 2022 summit meeting in the Bavarian Alps earlier this year, G7 leaders agreed to establish the climate club, a move that was seen as a win for chancellor Olaf Scholz, as he had been advocating it for some time. However, experts at the time said a lot remains to be done in defining what the club will actually do.

Initially, the climate club concept put a much greater focus on a common and uniform CO2 price among member countries. However, the idea was largely abandoned because it was seen as unrealistic to implement it, as key countries like the U.S. currently have no plans to implement a nationwide carbon price, let alone agree to international schemes.

All texts created by the Clean Energy Wire are available under a “Creative Commons Attribution 4.0 International Licence (CC BY 4.0)”