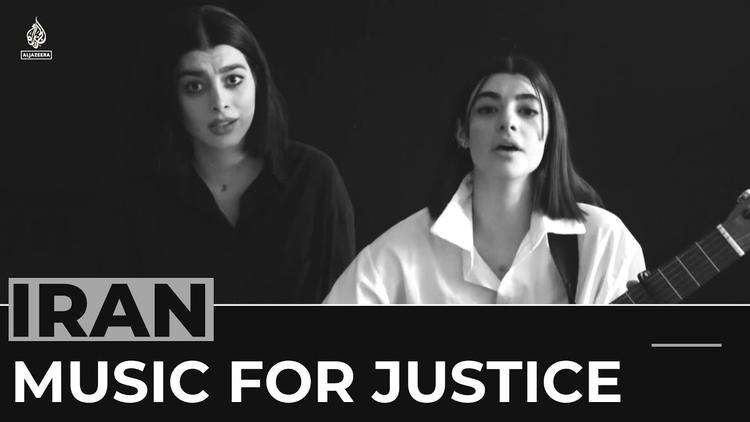 Within a. period of 4 months this year, I lost both my mother and oldest brother. The sense of loss has been enormous. Yet beyond my own grieving, I think every day about the hundreds of young people who have lost their lives in Iran.

There is naturally no comparison.

I remember that, before her death, my mother, a very opinionated but also a compassionate woman, used to tell me, you, and others outside of Iran must take a more proactive role. And I, in my own way, would kind of dismiss her. “We do what we can.”

My brother was a revolutionary in his young age and then he became a scholar with equally strong yet more measured opinions. He was a visionary. He said in one of his last interviews that Iranians deserve better than what they have, and that change should come from within Iran.

He predicted that the Islamic Republic would fall with the hejab issue. I am not sure if that is necessarily the case. I believe that we are in a revolutionary period in Iran but are not necessarily witnessing a revolution. What is a revolution? The toppling of a regime in place?

Since the killing of Mahsa Amini on September 16, 2022, it is estimated that some 500 young people have lost their lives. The range of age is from 13 to 30 years old. Thousands have been detained and dozens face execution. Two young men in their twenties Mohsen Shekari and Majidreza Rahnavard have already been executed. Their crime: Moharebeh ba khoda (waging war against God). Their names have been added to countless names of young men and women who have been kidnapped, shot at close range, or tortured in prison. Some have even committed suicide. Many are awaiting trials without due process, which has been customary since the inception of this Islamic Republic.

Article 38 of the Constitution of the Islamic Republic forbids “all forms of torture for the purpose of extracting confession or acquiring information” and the “compulsion of individuals to testify, confess, or take an oath is forbidden.”

The IRI has not even followed its own laws.

Yet, a whole population has been relentless in voicing their anger and defiance. The intelligentsia, film actors and actresses, poets and writers, football players and so many individuals are now outspoken without even fearing for their lives. Among them is Taraneh Alidoosti, who won the best foreign language film award for her role in the Salesman (2016). She has been arrested.

This regime is not going to give up on its terror tactics. Its leaders will go all the way to stay in power since they have nothing to lose. Where would they go anyway?

The Shah and his people decamped to the West, but the henchmen of the Islamic Republic have no place to go. Most of the high-ranking officials are already on an international sanctions list. No Western country will accept them even if they have investments. They could go to Russia, China, Venezuela or Lebanon and Syria. But most prefer the West!

Today more than any other period, the Supreme Leader faces opposition from many sides, even from within his own family but he is not relinquishing his power despite the popular outcry against its policies. The excuse is maslehat-e nezam (in the interest of the system). It has always been.

There have been many times in history when dictators would not give up their power until it was too late.

Hitler would not relinquish power until the Soviets were already in Berlin. Saddam Hussein persevered until he had to go into hiding. Assad had to take violent measures to subdue the Syrian people.

In many ways, the plainclothes of the IRI are acting like the Brown Shirts who terrorized civilians.

Intimidation is their tactic. Creating fear is their motto.

Khamenei has clung to his own specific Islamic ideology. To create a society where all laws are according to the teachings of their version of Islam. The IRI has been an ideologically inspired regime but in history no regime especially those who adhere to a specific ideology has survived

Khameini is on the same path of self- destruction and Iran’s breakup. Still, the solidarity shown in recent times by many of the ethnicities of Iran, especially Baluchis, Kurds and others, shows that a determined nation will preserve. The slogans revolve around the notion of a united Iran.

What Mr. Khamenei doesn’t realize is that human spirit is more powerful than any ideology.

As Nelson Mandela said, “It always seems impossible, until it is done.”

From Evin prison, Bahareh Hedayat, a former student and a woman activist, wrote recently: “The Islamic Republic is the enemy of this land and its people. And even if people must pay a price in getting rid of this criminal regime, it must end. They have no qualms inflicting harm since the very nature of its being cannot recognize the many social elements that have taken shape.”

All over the world, ordinary people struggle for recognition and freedom. They want to live in open societies where they can breathe and enjoy the fruit of their labor.

Today ’s struggle in Iran is not just about the hejab. It is about human dignity that the country’s women have stood up for.

Yet, all the slogans in recent times only tell us that, other than support, they want no interference from the outside world.

Iran is not the only country going through major changes.
But Iranians and especially women are determined to create a better life than what they have endured for 43 years.

The Iranian poet, Ahmad Shamlu, confronting the dark days of the early days of the Islamic regime, once wrote:

“In this crooked blind alley, as the chill descends,
They feed fires
With logs of song and poetry.
Hazard not a thought
These are strange times, my dear.
The man who knocks at your door in the noon of the night
Has come to kill the light.
Let’s hide light in the larder.”

There is hope even if the road is arduous and long.