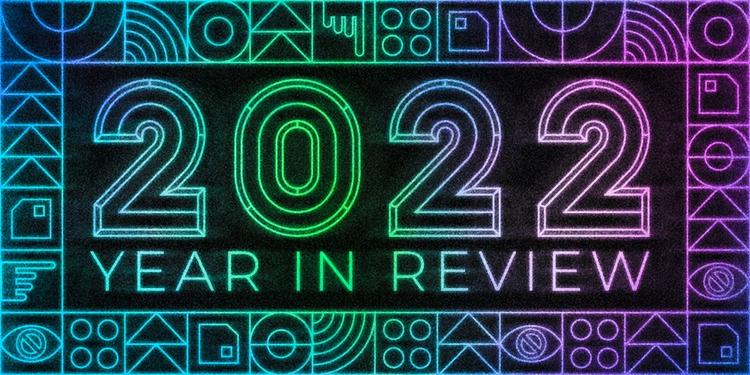 ( EFF ) – It’s been a tumultuous year for free expression globally. From internet shutdowns, crackdowns on expression and closed-door partnerships to attempts to restrict anonymity and end to end encryption, in many places, digital rights are under threat. And while the European Union has made regulatory strides, elsewhere in the world, efforts to regulate—particularly those undertaken by authoritarian countries—threaten to fracture the global internet.

EFF is deeply engaged in the global fight for free expression online. In 2022, we worked with the DSA Human Rights Alliance to ensure that EU lawmakers consider the global impacts of European legislation. We also joined the Arab Alliance for Digital Rights, a newly-formed coalition that brings together groups across the MENA region and international partners to protect civic space online. We continued our work as long-term members of the IFEX network. And with (cautious) travel back on the table, we participated in a number of international fora, including the Balkans-based POINT conference, FIFAfrica, Bread and Net in Lebanon, and the OSCE.

In addition to these joint efforts, there were quite a few places that warranted extra attention. Here are five ongoing threats that we will be watching in the year to come:

Ghana, a constitutional democracy with a strong commitment to free expression, has become a regional tech hub, making this bill introduced by the Ghanaian parliament all the more atrocious. Ghanian law already criminalizes same-sex sexual activity, but this proposal goes further, threatening up to five years in jail to anyone who publicly identifies as LGBTQI+ or “any sexual or gender identity that is contrary to the binary categories of male and female.” The bill also criminalizes identifying as an LGBTQI+ ally.

We called on Twitter and Meta, both of which had previously opened offices in the Ghanian capital of Accra (Twitter’s office has since been shuttered), to speak out against the bill, and encouraged global allies to support the Ghanaian LGBTQI+ and human rights communities in opposing its passing. We will continue to monitor the situation for future developments.

2. Iran’s Crackdown on Protesters and Technologists

In September, the death of Jina (Mahsa) Amini at the hands of Iran’s morality police sparked protests that have continued for more than two months, despite a brutal crackdown that has included tens of thousands of arrests and several executions of high-profile anti-government protesters.

Amongst those targeted by government forces early on were several technologists and digital rights defenders. In October, we joined our friends at Access Now, Article19, and Front Line Defenders in issuing a statement calling on Iran to stop the persecution of the digital rights community and to release those detained, including technology specialist Aryan Eqbal and blogger and technologist Amiremad (Jadi) Mirmirani.

Eqbal was released in early November, and Mirmirani in mid-December, but Iranians still face serious threats to online free expression. We will continue working with our international partners to call attention to the situation.

Turkey, an early adopter of measures to restrict social media, was at it again in 2022 with a new law aimed at curbing disinformation. Following in the footsteps of its 2020 mutant NetzDG copycat law, the Turkish government is now looking to fight disinformation with censorship in the form of a vaguely-worded law prescribing three years’ imprisonment for anyone who publishes “false information” with the intent to “instigate fear or panic” or “endanger the country’s security, public order and general health of society.”

The law was met with condemnation within Turkey and abroad, and we echoed that sentiment. We will be watching to see how the regulation impacts speech in the coming year.

Saudi Arabia has never offered a space for free expression, online or off, but as the country seeks to improve its international reputation with developments like smart city NEOM—just a few years after its brutal murder of journalist Jamal Khashoggi—its striking measures to restrict free expression have us paying close attention to the Gulf state.

In 2022, Saudi Arabia imposed strikingly harsh prison sentences on two Twitter users, one of whom is an American citizen. The other, Salma al-Shehab, was a student at the University of Leeds in the UK and was arrested upon her return to Saudi Arabia and held for more than a year before being sentenced to a whopping 34 years in prison, to be followed by a 34-year travel ban. Her “crime”? Sharing content in support of prisoners of conscience and women human rights defenders. Her sentence is four years longer than the maximum sentence suggested by the country’s anti-terror laws for activities such as supplying explosives or hijacking an aircraft.

In October, we joined more than a dozen international organizations in calling on the UK government to push for her release, and have continued to monitor her case. In light of both cases, and a number of other rights violations by the Saudi government, we also called on Google to abandon plans to open a data center in the country. And now, with Saudi Arabia one of Twitter’s largest investors, we have more reason to keep a close eye on Silicon Valley’s ventures with the human rights-violating country.

We had hoped 2022 would be the year that we would see technologist, activist, and writer Alaa Abd El Fattah free and reunited with his family. A friend of EFF, Alaa’s case has been a cornerstone of our international advocacy work for many years. This year, as the COP27 Summit—hosted by Egypt despite international objections—neared, Alaa decided to escalate his ongoing hunger strike, putting his life in grave danger but also drawing eyes to his plight. Ultimately, the protests surrounding the COP27 calling for his freedom and that of other political prisoners in Egypt overshadowed the climate negotiations.

Alaa was one of three winners of the 2022 EFF Awards, and while we are proud to honor his accomplishments, the moment was bittersweet: Despite demands from the UK government, a number of members of U.S. Congress, and a broad swath of the international community, Alaa remains in prison.

But, to put it in his own words, we have not yet been defeated: Alaa ended his hunger strike in mid-November and was finally allowed a visit with his family shortly after. There is still hope, and Alaa’s family, friends, and allies around the world continue the fight for his freedom. The campaign’s latest ask (external link) is for UK and U.S. constituents to write to their members of parliament and Congress, respectively. We hope that Alaa finally gets his freedom back in 2023, and we won’t stop fighting until he does.

This article is part of our Year in Review series. Read other articles about the fight for digital rights in 2022.

Jillian C. York is EFF’s Director for International Freedom of Expression and is based in Berlin, Germany. Her work examines state and corporate censorship and its impact on culture and human rights, with a focus on historically marginalized communities. At EFF, she leads the platform censorship working group, and also works on European policy, the impact of sanctions on the use of technology, and occasionally, digital security. Jillian is the author of Silicon Values: The Future of Free Speech Under Surveillance Capitalism (Verso, 2021) and has written for Vice, Buzzfeed, the Guardian, and the New York Times, among others. She teaches at the College of Europe Natolin in Warsaw. She is also a regular speaker at global events.