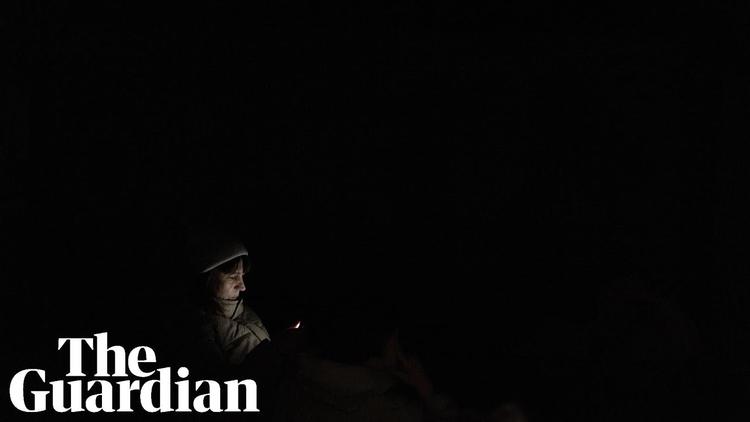 Not since the 1970s oil crisis has the west seen such a focus on energy security. Suddenly in 2022 it became a critical part of the battle for Ukraine. Russian attacks on energy facilities have left millions of Ukrainians without power during a freezing winter.

This strategy is not new. Vladimir Putin’s regime had been using selective gas supply cuts as a pressure tool against Ukraine since at least the winter of 2005-06, when EU gas supplies were also affected – a first signalling of Moscow’s willingness to use energy as a geopolitical tool.

US governments had long warned about over reliance on Russian gas, but the EU, and especially Germany, had expanded imports from Russia over the past decade.

European leaders accepted this increase due to low cost combined with historical reliability of supply. The political nature of energy was ignored, especially in Germany, most prominently by designating the Nord Stream pipeline as a purely commercial project

In 2021, the EU imported about 144 billion cubic meters (bcm) of natural gas via pipelines from Russia, accounting for roughly 30% of its gas supply. Russian gas represented about 8% of Europe’s total energy consumption in 2021 and resulted in payments reaching almost €20 billion (£17.4 billion). It spent about €70 billion on petroleum products that year.

Developments to watch this winter

This winter Ukraine requires international support, especially from the US and EU. The EU appears to be fairly well prepared for this winter, although gas shortages are still possible. But three questions determine the sustainability of the EU’s stance towards Russia:

In terms of geopolitics, questions remain how the EU/G7 price cap on Russian oil will affect global markets, whether markets comply, and if so, whether the price was set correctly.

China could follow G7 sanctions and buy Russian oil at a discount costing Russia lost revenues and influence. But China has the opportunity to create a trade and logistics system outside the G7 sanctions. This would come at an initial cost but it would gain independence from the west, and possibly larger oil supplies via Russia and Iran.

Russia had been preparing to weaponise energy from as early as the summer of 2021. Later that year, Europe’s largest gas storage unit in Rehden, Germany, remained at an unusually low level, putting German storage levels at around 70% in late October 2021, compared to 95% in previous years. The signal was clear: Putin could inflict high costs on a non-compliant EU.

Europe’s reaction to Russia’s invasion of Ukraine was a continuation and expansion of the sanctions that were imposed after the Russian annexation of Crimea in 2014.

The EU passed legislation to decrease energy dependence on Russia and to sanction the regime and its economy – including its energy sector – by boycotting Russian products.

After demands to pay gas in Russian roubles were not met, Russia halted exports to Poland and Bulgaria in late April, and controversial maintenance issues in July and sabotage in September flatlined deliveries through the Nord Stream pipeline.

In April, the EU launched plans to start negotiating gas and hydrogen purchases jointly to take advantage of its strength in the market.

In May, a plan to rapidly reduce dependence on Russian fossil fuels and fast forward “the green transition” outlined a strategy of energy efficiency, diversification of suppliers and expansion of renewables.

Individual member states stepped up diversification efforts. Notably, Germany secured a long-term LNG deal with Qatar and sped up licensing processes for three new LNG terminals. A total of six new LNG terminals will be completed in Germany by the 2023/24 winter.

A few days before the EU stopped importing Russian oil, the EU and G7 agreed on a price-cap for Russian crude oil of US$60 (£50) a barrel. This aims to keep Russian oil flowing to global markets while limiting Moscow’s revenues.

Combined with global inflationary tendencies, this looming energy crisis has set in motion preparations for replacing expensive gas supplies with coal or renewable energy in addition to domestic moves to reduce costs to consumers, predominantly tax cuts, direct energy subsidies and in many cases price regulations.

At the time of writing, Europe’s gas storage is above the five-year average, gas consumption has decreased and prices have stabilised at high but manageable levels. Political cohesion in the EU has been maintained, despite fissures caused by countries highly dependent on Russian energy, in particular Hungary.

If the Russian regime does not collapse or end the war, an expansion of EU sanctions to shipping and insurance of Russian oil, and eventually to gas can be expected.

The effect of the oil crises of the 1970s was economic recession and a diversification of suppliers. 2022 was the year that energy became political again and worry about shortages kickstarted the much-needed diversification of energy towards renewables. In 2023 this issue is not going away.