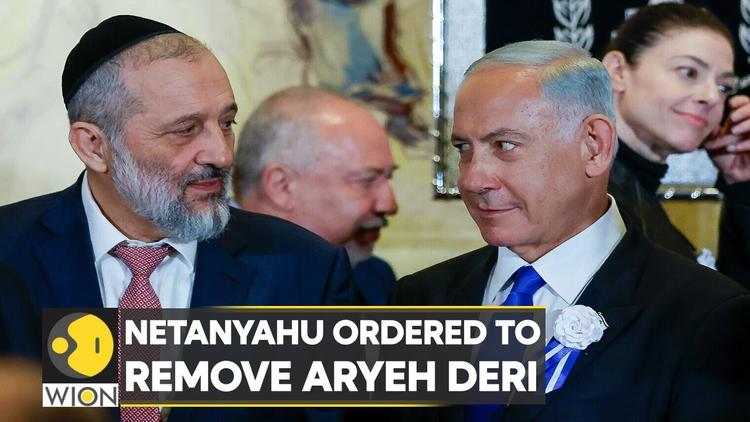 Ann Arbor (Informed Comment) – Israel has entered a profound constitutional crisis, after the country’s Supreme Court insisted that Shas Party leader Aryeh Makhlouf Deri, a Moroccan-Israeli, not be seated as a cabinet minister in the just-formed government of Binyamin Netanyahu because he committed crimes involving moral turpitude. Dubai-based al-Arabiyyah reports that Deri and Netanyahu seem determined to ignore the court’s ruling.

Deri has been in politics for decades, but has frequently run afoul of the law, having engaged in tax evasion and, allegedly, money-laundering. He was imprisoned in 2000-2002 for having taken a $150,000 bribe while Interior Minister, and he was barred from politics for a decade. He returned in 2012 and since Shas is a swing vote in Parliament he was often able to get cabinet posts in return for supporting the formation of a government. In 2018, however, he was again arrested and charged with tax evasion and money-laundering. The courts treated him with kid gloves this time, however, allowing him to avoid further jail time if he agreed to a seven-year ban on his involvement in politics (on grounds of klon or ‘moral turpitude’) and paid a $50,000 fine.

In the run-up to the formation of the current government, however, Netanyahu and Deri appear to have decided to break his agreement with the court, so that he could bring his 11 members of parliament (out of 120) into coalition with Netanyahu’s Likud. They put forward a project of limiting the power of the courts to interfere in corrupt politics, and to take away from them the authority to review legislation for its constitutionality in light of the country’s organic law.

The 11-memember Supreme Court ruled 10 to 1 that Deri’s move is illegal and that he must step down. But if he does step down, it is not clear that Shas would be willing to stay in the coalition without getting a reward like a cabinet position for its leader. So the government could fall and Israel would go to new elections.

According to the Arab press, the far right wing Shas party holds that only Jews have a right to live anywhere in the area controlled by the Israeli military, that is, in the Palestinian West Bank and Gaza. It has proposed stripping Israeli citizens of Palestinian heritage, about 21% of the Israeli population, of their citizenship. It opposes the formation of a Palestinian state since it says it would constitute a danger to Israel. It has advocated complete destruction of the water and electricity infrastructure of the Gaza Strip.

It is alleged that Deri holds that the Arabs are the descendants of Abraham’s third wife, Hagar, through Ishmael, and that since Hagar had been Sarah’s maid, Arabs must be servants of the Jews and show deference if they visit Israel.

In other words, he is a foaming-at-the-mouth racist.

Deri founded the Shas (“Sephardic Guardians of the Torah”) Party in 1984, to represent ultra-Orthodox Jews of Middle Eastern heritage, known as Sephardim or Mizrahim (the latter meaning “Easterners”). The most powerful ultra-Orthodox groups in Israel instead consist of Ashkenazim, Jews of Central and Eastern Europe. The party’s spiritual head was the former Sephardic chief rabbi, Rabbi Ovadia Yosef (d. 2013), who vigorously denounced Deri as a thief shortly before his death and cast a pall on his political career briefly.

Currently, of the 7.5 million Jewish Israelis, about 25% are foreign-born like Deri. It is likely that about 44% self-identify as Ashkenazim, European Jews, if we count the 12% of the population born in the former Soviet Union. About 45% see themselves as Sephardim, the Jews of Morocco, Tunisia, Iraq, Iran, etc. Israel’s institutions were largely formed by the Ashkenazim and Sephardim have often felt discriminated-against. They tend to vote for the secular or religious far right wing of Israeli politics. To the extent that Israel has any centrists or center-left people any more, they tend to be Ashkenazim. The Likud Party is the outlier here, since it was founded by fascist-leaning Central European Jews, but in the late 1970s opened its doors to Sephardim.