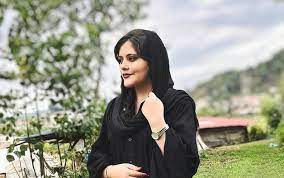 (The Conversation) – When 2022 began, there was trepidation about what might happen in at least ten regions. Topping most lists were concerns about tensions in Ukraine, Afghanistan and Ethiopia.

What actually transpired in 2022 were some of the most shocking humanitarian scenes in modern history – with a backdrop of the continuing pandemic and extreme weather events exacerbated by climate change.

This has prompted experts to speak of an era of “polycrisis”, where countries are dealing with cascading and interconnected crises.

The World Bank estimates 23 countries – with a combined population of 850 million people – currently face high or medium intensity conflict. The number of conflict-affected countries has doubled over the past decade.

This has triggered massive refugee flows. As of May 2022, a global record of 100 million people were forcibly displaced worldwide.

With the backdrop of last year’s bitter legacy, what crises are most concerning as we head into 2023?

There are a range of new flashpoints and ongoing deadly conflicts the world has largely ignored due to the focus on Ukraine.

Russia’s invasion of Ukraine has been seared into our memories of 2022. It has been one of the fastest and largest displacement crises in decades.

Also making headlines last year was continuing violence in Afghanistan, where six million people were on the brink of famine by August 2022 according to the UN refugee agency, and the mayhem in Myanmar following the military’s February 2021 coup.

The opening days of 2023 look bleak. Those in Ukraine and Afghanistan are now facing winter without access to food, water, health care and other essential supplies.

The situation in Myanmar is only worsening, especially for ethnic minority regions and in Rohingya refugee camps.

In Iran, 22-year-old Mahsa (Jina) Amini was arrested at a metro station by the morality police who enforce the dress code, and she died after being held in their custody on September 16 last year.

Her death set off a sustained uprising in more than 150 cities and 140 universities in all 31 provinces of Iran, according to UN human rights chief Volker Türk.

More than 15,000 people, including children, have been arrested in connection with the protests and are threatened with execution. At least 26 of them currently face the death penalty, and at least four have reportedly already been executed. The Islamic Revolutionary Guard Corps say the average age of arrested protesters is as young as 15.

The prospects of a peaceful resolution of this crisis in 2023 are low and require strong global intervention.

Australia’s Foreign Minister Penny Wong has made firm statements against the death penalty and this “dark chapter” in Iran’s history with her Canadian and New Zealand counterparts, and she should continue this rhetoric.

Tensions in the Asia-Pacific

In our region, Sri Lanka faced economic collapse and a mostly peaceful uprising in mid-2022, and remains in a precarious position.

North Korea remains an aggressive actor. Military tensions on the Korean peninsula have risen sharply this year as Pyongyang has carried out an unprecedented blitz of weapons tests, including the launch of one of its most advanced intercontinental ballistic missiles in November.

More aggressive language on Taiwan emerged from the Chinese Communist Party Congress, and statements by President Joe Biden indicated the United States would not stand by if China invaded Taiwan.

There’s a high risk of miscalculation on this issue from all sides, and there’s the growing threat of grey zone tactics – coercive measures which don’t qualify as conventional military battle.

We must avoid tunnel vision

What we also witnessed in 2022 was that the world’s gaze and assistance was so firmly focused on events in Ukraine that many other long-running conflicts producing extreme human suffering were ignored or receded into the background.

For example, it’s hard to overstate the severity of the crises in East Africa of food, shelter and health systems – though comparably this has received little media attention.

What’s more, the UN Human Rights Office estimates more than 306,000 civilians were killed over ten years in the Syrian conflict, and any peaceful resolution is still “elusive” according to UN Special Envoy Geir Pedersen.

There are deep structural conflicts in Haiti, South Sudan, Ethiopia, Syria, Yemen, and the Democratic Republic of the Congo threatening people, species and the environment. The global community must pay attention.

Nations, civil society movements and the UN must be nimble enough to deal with the state of “polycrisis” or “permacrisis” the globe is enduring – where armed conflicts combine with and exacerbate issues such as inflation, cyber threats, geo-politics and the energy crisis.

World leaders are dealing with a host of pressing issues:

All this means 2023 is likely to be another turbulent year.