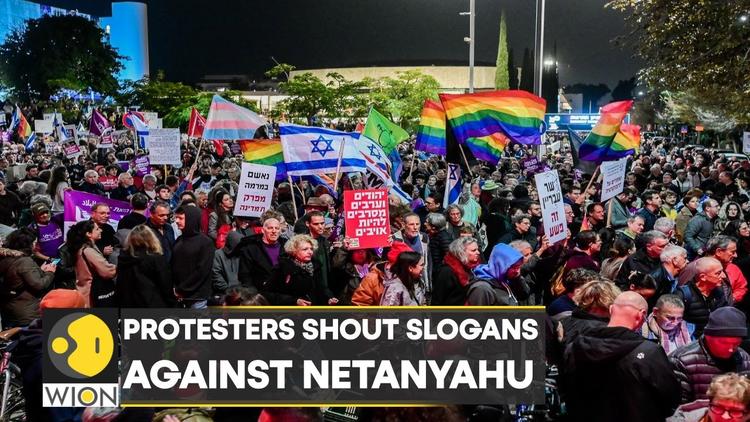 Ann Arbor (Informed Comment) – The new, far right wing government in Israel, some elements of which are fairly characterized as fascist, has in a few short days already generated a lot of news. It has provoked large demonstrations against itself by anti-fascist Israelis; it has elicited a strong international condemnation when one of its ministers stormed the al-Aqsa Mosque complex with a band of fanatics; it has withheld millions of dollars from the Palestinian Authority; and it has lacerated the United Nations and its International Court of Justice for finally initiating a case against Israel for its illegal colonization of the Palestinian West Bank.

For those who get most of their news from television or mainstream news feeds on social media, much of the above may come as a surprise. Even though the U.S. government gives Israel $4 billion a year that the relatively wealthy country does not need, Israel and especially Israel-Palestinian news is very seldom reported on American cable news. The print newspapers, or more relevantly their news sites, do a much better job, but even then the perspective is often an Israeli one. Critical investigative reporting on Israel is rare indeed in the United States. Major social media sites such as Facebook stand accused by activists of using algorithms to deep-six news about Palestinians.

Last Saturday evening, activists said that on Sunday, 20,000 Israelis staged demonstrations and marches against the new Netanyahu government, which has given powerful ministries to the small Religious Zionist and Jewish Power blocs of Bezalel Smotrich and Itamar Ben-Gvir, respectively. Both are given to racist and intolerant statements about persons of Palestinian heritage, who constitute roughly half of the people living between the Jordan River and the Mediterranean sea, most of them held in a condition of statelessness by Israeli policy. A smaller demonstration of some 200 was held in Haifa. Some leading figures in planning and directing the demonstration are Israeli members of parliament of Palestinian heritage, who launched a “we stand together” campaign.

It would be ironic if Israel’s 1.5 million citizens of Palestinian background, whom Smotrich and Ben-Gvir routinely excoriate as “terrorists,” ended up helping save Israel from a turn toward fascism and what the Tel Aviv crowds called “thuggery.”

The crowds chanted that Jewish and “Arab” or Palestinian-Israelis are equal, and that they refused to see their country reduced to a dictatorship by “fascists.” The new government plans legislation to remove from the country’s Supreme Court the right to review legislation for constitutionality according to the country’s organic laws. In essence, they are striving for a parliamentary dictatorship by the right-wing parties in the majority. The more authoritarian elements in the government have also spoken about ethnically cleansing the Palestinians.

At the same time, the new government appears determined to destroy the last vestiges of the failed 1993 Oslo “Peace” accords, which created a Palestine Authority that has policing and other responsibilities in 40% of the West Bank. The Oslo accords envisioned that the PA would eventually run all of the Palestinian West Bank and Gaza as a Palestinian state and that Israel would withdraw from the West Bank. Instead, the Israelis flooded the Palestinian territory with Israeli squatters and colonists and doubled down on the Israeli military administration of the 60% of this territory under direct Israeli control, occasionally threatening to annex it. Even the 40% supposedly under the PA is actually also under Israeli military control.

As a step toward dismantling the Palestine Authority, Bezalel Smotrich has stopped payments to the PA of monies Israel collects from Palestinians for policing and social services. Palestinian journalist Jaafar Sadiqa observed, “The recent decision of the Israeli Minister of Finance, Bezalel Smotrich, to seize 139 million shekels from the Palestinian clearance tax revenues constitutes the latest episode in years of Israeli robbery of Palestinian funds.” He estimates that Israel has seized $540 million from Palestinian funds over the past 20 years. Smotrich, for his part, says he has no interest in the PA continuing to exist. That is, he foresees no Palestinian state of which the PA is the embryo and wants a permanent Israeli Apartheid government in the Occupied territories.

As part of this dismantling of the Palestine Authority, Smotrich has withdrawn VIP travel privileges from the Palestinian foreign minister and other officials, making sure they are stuck at Israeli checkpoints for hours every time they go in and out of Israeli military control.

The new government has also banned the public display of the Palestinian flag. We’re back to the old Israeli propaganda lie, that there are no Palestinians, apparently.