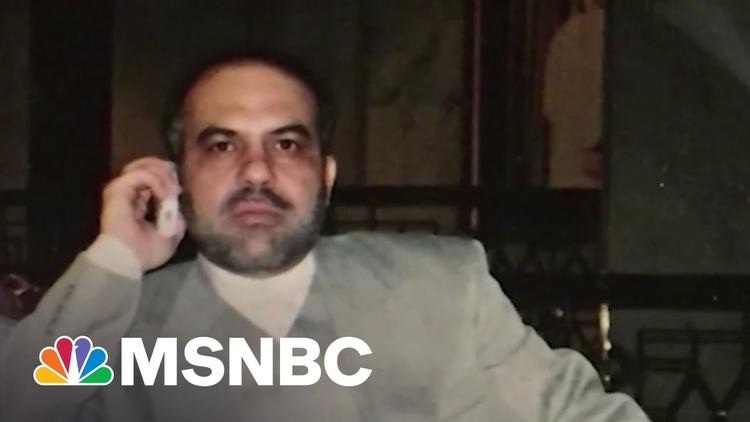 Oxford (Special to Informed Comment) – On Saturday 14 January, the Iranian regime executed a 61-year old dual Iranian-British national and a former deputy defence minister, Alireza Akbari. The 15th branch of the Islamic Revolutionary Court, presided over by Abolqasem Salavati who had been the judge of numerous controversial cases and who has been sanctioned by both the United States and the European Union, sentenced Mr Akbari to death on charges of “corruption on earth and extensive activities against national security”.

Prior to his execution, the Iranian official news agency IRNA  released a 9-minute-long series of disjointed interviews with Mr Akbari in which he allegedly confessed to having been a British spy. The news agency referred to him as a “super-spy”, and as “one of the most important agents of the British intelligence service in Iran”.

No fair-minded person who listens to this patchwork of disjointed sentences, clearly recorded at different times and places, can find anything that is incriminating or an admission of guilt. All that he says is that he had met with some British officials and had briefly discussed with them Iran’s nuclear programme.

Certainly, no respectable court of law could find anything in his alleged confessions that would deserve a death sentence. The BBC Persian Service broadcast an audio message on Wednesday from Mr. Akbari, in which he said that he had been jailed for ten months in an unknown place before being transferred to Evin prison. He said that he had been interrogated for more than 3,000 hours, and had been forced under torture to confess on camera to crimes he had not committed.

Maryam Samadi, Akbari’s wife, who had been allowed to see him on Wednesday told the BBC that her husband had been moved to solitary confinement in preparation for execution. On Saturday, The Iranian judiciary’s official news outlet Mizan reported that Alireza Akbari had been hanged, without specifying the date when the execution took place, but presumably early on Saturday.

The British Prime Minister Rishi Sunak in a tweet said that he had been appalled by Mr Akbari’s execution, adding: “This was a callous and cowardly act, carried out by a barbaric regime with no respect for the human rights of their own people.” The British Foreign Secretary, James Cleverly, said that the execution would “not stand unchallenged”. Meanwhile, the UK has imposed sanctions on Iran’s Prosecutor General, saying it would hold the regime to account “for its appalling human rights violations”, and has temporarily withdrawn Britain’s ambassador to Iran, Simon Shercliff, “for further consultations”.

Iran-UK relations have been very tumultuous ever since the victory of the Islamic Revolution. The first time that Britain cut off relations with the revolutionary regime was when the so-called “Students Following the Line of the Imam” attacked the US embassy in Tehran in November 1979 and took American diplomats hostage.

The second time was after Ayatollah Khomeini’s notorious “fatwa”, sentencing Salman Rushdie and the publishers of the Satanic Verses to death for having allegedly insulted Prophet Muhammad.

The third time was in November 2011 when a crowd of Iranian protestors attacked the British diplomatic compound in Tehran and ransacked offices and stole some documents.

In some ways, the current episode could be regarded as the most serious because this time domestic and international issues have combined to form a true storm.

Ever since the death of 22-year-old Mahsa Amini in the custody of Iran’s so-called Guidance Patrol on 16 September 2022, the country has been rocked by nationwide demonstrations and protests that have been the most extensive and the most widespread in the Islamic revolution’s 44-year history. Although four months have passed since the start of the protests they show no sign of abating. On the contrary, the protestors’ demands have gone well beyond the issue of ending compulsory hijab and represent a total rejection of the Islamic Republic and the clerical rule. Massive repression, nearly 500 deaths, 18,000 arrests and the execution of at least four demonstrators with many more having been sentenced to death have not cowed the protestors.

On the international level, the nuclear deal (officially known as the Joint Comprehensive Plan of Action of JCPOA) is virtually dead and US officials have openly stated that they do not see it as their priority anymore. The continued deadlock has meant that US and EU sanctions on Iran have continued, resulting in further collapse of the Iranian economy. The hostility of regional states, mainly Saudi Arabia, towards Iran shows no sign of resolution. Meanwhile, new right-wing members of the Israeli nationalist government have openly spoken of preparing for an attack on Iran’s nuclear facilities.

Adding to these problems has been Iran’s turning to the East, new military collaboration with Russia, and the sale of Iranian drones to Russia for use in Ukraine, which have been responsible for many deaths and massive damage to Ukrainian infrastructure. Many Western leaders see this as perhaps the most serious issue in Iran’s foreign policy posture. The British parliament unanimously voted to declare the Islamic Revolution Guards Corps a terrorist organisation, following in former President Trump’s footsteps. Many EU countries are also contemplating doing the same.

Under these circumstances, Iranian leaders seem to have thrown caution to the wind and are openly challenging both their opposition at home and their adversaries abroad. The execution of Alireza Akbari should be seen in this context. The execution of such a high-profile figure is meant to convey the following messages.

The first aim is to send a message to the West, especially to Britain, that their hostility to Iran will not go unanswered, and Iran is prepared to take even more drastic measures to show her displeasure at Western behaviour towards Iran. Of course, such steps will intensify Western hostility towards Iran and will make Iran even more isolated than before. In Akbari’s voice recording that BBC Persian has obtained, he says that Iran’s Intelligence Ministry has been in conflict with the British government and as he had British nationality, by arresting him the Intelligence Ministry “wishes to take revenge” on Britain.

The second aim is to try to link domestic protests that are completely homegrown to foreign intrigue against Iran, and blame the West for inciting the demonstrators. This has been a tactic often used by Iran in the past but, judging by the reaction of Iranian protestors, it seems that this tactic has lost its effectiveness. Many demonstrators openly chant “They’re lying when they say America is our enemy, our enemy is right here”.

The third aim is to settle domestic scores. Iran’s clerical leader, Ayatollah Ali Khamenei, chose Mahmud Raisi as a right-wing candidate in order to marginalize the Reformists and to unify all branches of the government behind someone he could trust. Ever since his election, Raisi has pursued right-wing policies at home and abroad. Domestically, his stricter enforcement of hijab was one example of more hard-line policies, and in foreign policy his turning to the East and adopting a belligerent stance in nuclear negotiations have been in keeping with Khamenei’s wishes.

Ali Shamkhani, the powerful secretary of the Supreme National Security Council, is regarded as being close to the Reformists and not being revolutionary enough. Shamkhani who had engaged in armed struggle against the Pahlavi dynasty prior to the revolution joined the Mojahedin of the Islamic Revolution Organisation after the victory of the revolution, and later on served in the Islamic Revolution Guards Corps (IRGC) rising to the position of the commander of IRGC Navy with the rank of rear admiral. In 1988 he was appointed the Minister of the Revolutionary Guards.

However, in the Reformist government of President Mohammad Khatami, he held the post of minister of defence from August 1997 until the end of his government in 2005. During that time, Ali Reza Akbari served as deputy defence minister under Shamkhani.

On 10 September 2013, Shamkhani was appointed secretary of the powerful Supreme National Security Council, a post which he still holds. Although he has been seemingly loyal to Ayatollah Khamenei, it seems that Raisi’s new rightwing government wishes to remove Shamkhani from his powerful post. Akbari’s arrest could be linked to an attempt to weaken and perhaps to replace Shamkhani with a more radical figure.

Apart from serving as deputy defence minister under Shamkhani, Akbari also served a number of years as Shamkhani’s advisor in his current post. On the eve of former President Hassan Rouhani’s second term as president, in a long article for Diplomacy Website, Akbari criticised certain attempts to dismiss Shamkhani as secretary of Supreme National Security Council. He praised his qualities and described him as “the best person” for the job.

Incidentally, Akbari is the second deputy to Ali Shamkhani who has got into trouble. Another former deputy, Ali Reza Askari (who was a brigadier general in the Revolutionary Guards), was also arrested on spying allegations and was imprisoned for 18 months before he disappeared on February 7, 2007 in Istanbul. Therefore, another reason for Akbari’s execution could be domestic settling of scores.

Finally, another reason for his execution could be to intimidate the people at home and tell opposition forces and the protestors that the same fate awaits them if they do not support the regime. In a recent speech, Ayatollah Khamenei complained about some officials and organizations who had not been sufficiently firm in suppressing the protests, especially mentioning the Supreme National Security Council.

Whatever the real reasons behind Akbari’s execution, it is clear that Iran is passing through a very dark period in both domestic and foreign policies, and is facing an uncertain and maybe a violent future.