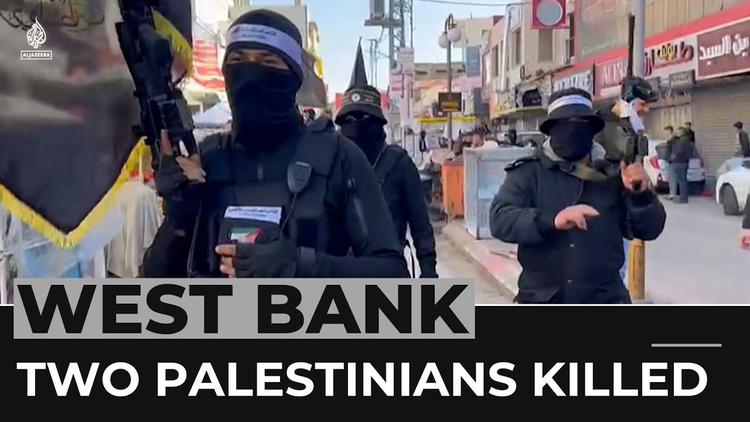 ( Middle East Monitor ) – The defiant declaration by Benjamin Netanyahu that he is going to press ahead and complete Israel’s colonial project in Palestine must be challenged by the world. Regardless of international law and conventions, his government is going to continue to defy them.

Knowing full well that Israel has America’s backing, and that western capitals are far too scared to call him out, Netanyahu made the following brazen statement: “These are the basic lines of the national government headed by me: The Jewish people have an exclusive and unquestionable right to all areas of the Land of Israel. The government will promote and develop settlement in all parts of the Land of Israel — in the Galilee, the Negev, the Golan, Judea and Samaria.”

This leaves no room for ambiguity. He has set out the outcome of his pact agreed with the small far-right parties in what has been described as the “most extreme” right-wing regime in Israeli history. The implications of this for the Palestinians are dire; Netanyahu and his ghastly regime intend to ethnically cleanse them.

His categoric statement implies that Palestinians either do not exist or, if they do, they have no right to continue living in Palestine, to which “the Jewish people have an exclusive and unquestionable right to all areas”. Netanyahu, of course, uses the term “the Land of Israel”, but in case some apologists for apartheid Israel try to play down the enormity of Netanyahu’s declaration by suggesting that he is referring to the 1949 Armistice (“Green”) Line, do not be misled.

By spelling out and identifying the Occupied Palestinian Territories (OPT) in Zionist terms as “Galilee, Negev, Golan, Judea and Samaria”, all of which are, he says, “parts of the Land of Israel” earmarked for development with more illegal Jewish settlements, he has expressed the unambiguous intention to expand and entrench the settler-colonial state across all of occupied Palestine. And perhaps even beyond. Israel, remember, has never declared where its borders are; it’s the only UN member state not to do so.

Such unilateral expansionism is not unique to the current regime because all previous Israeli governments since 1948 have conducted similar illegal and immoral projects including land grabs, forced evictions and the creation of “facts on the ground”. This enforced Judaisation of Palestine has been at the core of Zionism’s colonial project. Now Netanyahu has reiterated his regime’s commitment to complete it. Moreover, he has made that commitment in public, in full view of the world’s media; he is both brazen and unrepentant about it.

In doing so, he has exposed for all to see that the whole “peace process” and so-called “diplomatic” moves have been and remain shameless charades. He has thus pulled the rug from under the feet of the UN. The question now arises as to whether this international institution will react and, if so, what its response will be.

The same can be asked of Israel’s Western allies. Will they continue to behave like proverbial ostriches and stick their collective heads into the ground? After all, the US and Western Europe are complicit in Israel’s war crimes against the Palestinians.

Ever since the British colonial era, which implanted Israel in the heart of the Muslim world, the Zionist regime has been a major source of destabilisation, terror and wars in the region and beyond. Indeed, as an integral part of the West’s military industrial complex, Israel has amassed a massive arsenal of weapons of mass destruction, including nuclear weapons, making it extremely dangerous. It is a rogue state totally out of control; its recklessness is evident in Netanyahu’s bravado.

However, instead of a comprehensive review and assessment by the US to realign its policy on Israel in line with global conventions on human rights, true to form the Biden administration has opted to reward it. Writing in Mondoweiss, Mitchell Plitnick reminds us of Biden’s recent elevation of Israel to a “full military partner” that, apart from setting a “dangerous precedent”, actually works against US interests.

Plitnick’s warning is backed up by analyst Paul Pillar, who correctly points out that: “The risks of a closer military relationship with Israel centre on Israel’s tendency to get involved in deadly scrapes. Israel is the Middle Eastern state that has thrown its military weight around, with multiple attacks on other nations, more than any other state in the region. Israel has repeatedly initiated wars, including the big one in 1967, which began with an Israeli attack on Egypt. Later came repeated Israeli invasions of Lebanon, multiple devastating military attacks on the Palestinian-inhabited Gaza Strip, an attack on an Iraqi nuclear reactor (an attack that revived and accelerated a covert Iraqi nuclear weapons programme), and a later similar attack in Syria.”

These warnings should not be treated lightly, especially by countries such as South Africa, whose foreign policy in respect of Israel needs to undergo radical transformation. That the ANC-led government has recalled its ambassador and campaigns vigorously on various platforms, including the African Union, falls far short of the expectations that Palestinians very rightly have of post-Apartheid South Africa.

In the Middle East, apartheid Israel has by far outstripped the evils of South Africa’s racist regime, yet retains a proud presence in Pretoria with its flag fluttering in the skies of a democratic country. It is shameful that Israelis are able to travel freely from Tel Aviv to Johannesburg and Cape Town without any hurdles, while Palestinians are burdened with severe visa restrictions.

It is equally deplorable that many South African Jewish citizens serve in Israel’s occupation army, an army of terrorists that’s known to be engaged in horrific crimes against Palestinians in a daily ritual of slaughter. These include war crimes and crimes against humanity.

These facts scream at us in news reports, television broadcasts and social media platforms. And while President Cyril Ramaphosa routinely expresses the South African government’s dismay at all of this, such words are hopelessly inadequate. If apartheid South Africa was subjected to sanctions by the UN and isolated by the community of nations, surely consistency in enforcing the same against the apartheid state of Israel is a reasonable expectation?

Netanyahu’s declaration is not only a reminder that Israel is a serial violator of international law, but also dares the world to take punitive measures by subjecting his regime to sanctions and isolation. Will South Africa step up to take on this challenge? Does it have any other option?