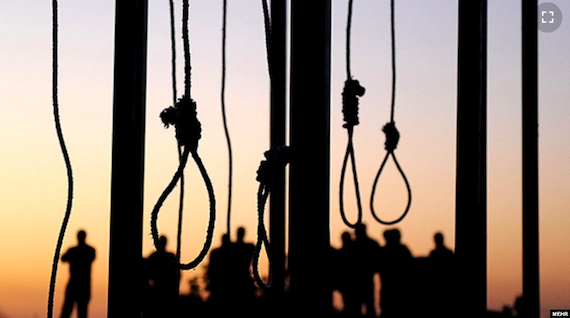 Iran has reportedly sentenced two teenagers to death for “corruption on Earth” and “waging war against God” among other charges often used by the judiciary to help the government quell nationwide unrest sparked by the death of 22-year-old Mahsa Amini while in police custody.

The U.S.-based activist group HRANA quoted an informed source on January 4 as saying that the Revolutionary Court in the northern city of Sari handed down a death penalty to 18-year-old Arshia Takdastan, basing its verdict on an accusation that he threw a drinking bottle and a stone at a police car during a protest in the city of Nowshahr in September.

Takdastan’s actions constituted “corruption on Earth,” a charge often leveled in cases allegedly involving espionage or attempts to overthrow the government and which the courts have taken to using in recent months against protesters angered over Amini’s death in September.

Meanwhile, the same court sentenced another teenager, Mehdi Mohammadifard, who was arrested during the same demonstration, to death for helping organize and lead the September 21 rally in Nowshahr.

HRANA quoted relatives of Mohammadifard as saying his confession was “made under duress.”

Since Amini’s death after she was arrested by the notorious morality police for wearing a hijab, or Islamic head scarf, “improperly,” Iranians have flooded into the streets across the country in protest, with women and even schoolgirls putting up unprecedented shows of defiance in what appears to be the biggest threat to the Islamic government since the 1979 revolution.

A brutal government crackdown on public demonstrators and dissent has seen several thousand arrested, including journalists, lawyers, activists, digital rights defenders, and others voicing opposition to the government.

Lawmakers have demanded an even sharper reaction, calling for heavy penalties, including death sentences, for protesters.

Two public executions already have taken place, according to the authorities, and rights groups say many other defendants have been handed death sentences.