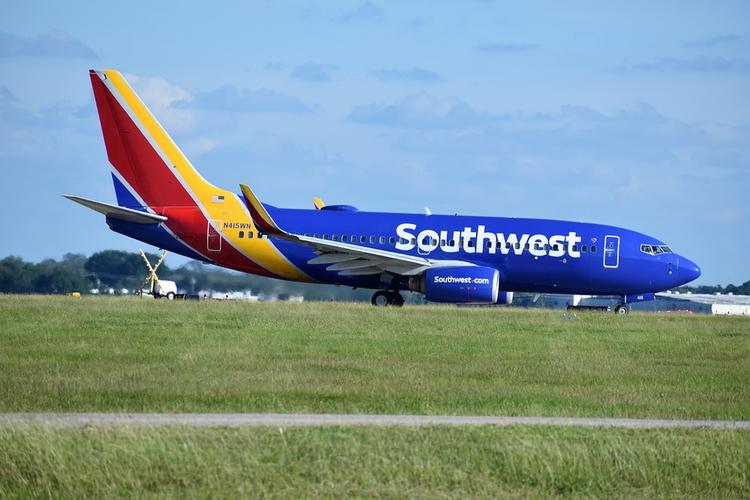 () Inequality.org) – For America’s rich and powerful, the new year is beginning in a most inauspicious fashion. Millions of Americans are once again fuming at the greed and grasping of our deepest pockets.

That fuming — from would-be passengers of Southwest Airlines and their families — filled airports throughout this past holiday week. For good reason. At the height of the travel-heavy holidays, Southwest was canceling 60 percent of the airline’s daily flights. Over 15,000 Southwest planes never lifted off.

Blame the wealthy, not the weather.

Late December’s heavy dose of stormy weather certainly did set the stage for Southwest’s holiday meltdown. But Southwest can’t put the blame for the airline’s massive melt on the cold, wind, and snow. Other airlines delivered, amid the same winter weather, far better service.

So what did Southwest in? The airline’s top execs, analysts point out, have spent years underinvesting in needed new tech. One telling example: This past November, a generation into the electronic age, Southwest officials acknowledged that the airline was still delivering weather and baggage reports to pilots and gate managers on paper.

“It almost became a running joke around the company,” says Southwest flight attendant union president Lyn Montgomery, “that we aren’t able to make certain changes because it would involve technology.”

During the holiday storm crisis, some Southwest employees phoning in for instructions from the airline found themselves on hold for over five hours. Some even went to sleep with their phones — still on hold — next to their bedsides. They awoke the next morning, reports the Dallas Morning News, to find their phones still holding.

“Modifications and refinements to systems,” last year’s Southwest annual report explained, “have been and are expected to continue to be expensive to implement and can divert management’s attention from other matters.”

What sort of “matters” struck Southwest execs as more important than keeping their planes on time? Keeping shareholders happy — and themselves richer in the process. Everything else could wait.

Top management has readily admitted as much. In one pre-Covid “earnings call” with stock analysts, the Washington Post noted last week, then-CEO Gary Kelly explained that the airline had been delaying the tech upgrades his operations team had been seeking.

“We have starved them a little bit over the last decade,” he explained, “because again, our focus was more on the commercial side.”

Money that should have been going into upgrading Southwest’s operations has gone instead into dividends and stock buybacks. Since 2015, the Los Angeles Times analyst Michael Hiltzik reported last week, the airline “has paid out about $1.6 billion in dividends and repurchased more than $8 billion in shares.”

Those moves have worked out exceedingly well for top Southwest execs like CEO Kelly, the airline’s chief exec until early last year. In 2020, Kelly pulled down a “record $9.2 million” at the same time the Covid outbreak had the airline $3.1 billion in the red and a quarter of the Southwest workforce taking voluntary leave. CEO Kelly then took home another $5.8 million in 2021 before retiring early in 2022.

“Southwest’s well-compensated executives could have prioritized its workers and customers by preparing for the worst, but greed trumped all as they put a small group of wealthy investors first,” charges Kyle Herrig, the president of the corporate watchdog Accountable.US. “Consumers shouldn’t be the ones stuck holding the bag for Southwest’s greedy management decisions, but here we are.”

Southwest took in a $7-billion federal bailout during the Covid crisis, then showed its appreciation to America’s taxpayers by becoming, early last month, the first Covid-subsidized airline to announce plans to resume paying out dividends to shareholders, to the tune of $428 million in 2023.

Missing from that focus: the well-being of Southwest workers. Just a few weeks after announcing the upcoming new dividends, the “bomb cyclone” hit wide swatches of the United States the day before Christmas. Southwest ground workers soon found themselves working 16-to-18 hour days, with some, says  their union president Randy Barns, ending up frostbitten.

Some lawmakers in Congress are now calling for a serious overhaul of how the United States goes about its airborne business. America’s airlines have essentially been calling the shots, notes a Washington Post analysis, ever since the Airline Deregulation Act of 1978 iced state regulators out of the picture and “left airline companies accountable only” to the federal Department of Transportation, an agency that’s never prioritized consumer protection.

“Southwest simply has failed to prepare for the worst and that’s a fundamental breach of trust,” charges Connecticut U.S. Senator Richard Blumenthal, who wants to see Congress enact a passenger bill of rights. “They said to passengers, in effect, if things go south, you are the ones who will bear the burden.”

Outside the United States, in nations ranging from Argentina and Malaysia to Finland and Fiji, airlines essentially operate as a public utility, not an opportunity for big CEO paydays. Scores of nations, points out journalist Joe Mayall, currently “either own airlines outright” or hold majority-shareholder status.

The United States could join that camp, Mayall notes, if Congress chose to charter a state-owned enterprise  to start up a new national airline. Or Congress could go the nationalization route by buying up enough stock “in publicly traded airlines to acquire a controlling share.”

Could the United States afford to take that sort of nationalizing step? The four most dominant U.S. airlines — Delta, American, United, and Southwest — last summer held a combined market value of $77.5 billion, Mayall points out, just $5 billion less than the $72.6 billion in our tax dollars that funded the federal government’s airline bailouts after 9/11 and during Covid.