The consortium of American and European oil companies that had dominated Iraqi petroleum in the twentieth century is returning to Iraq to carry out service agreements aimed at expanding production in four southern oil fields.

‘ But the deals, known as service contracts, are unusual, said Greg Mutitt, co-director of Platform, an oil industry research group. “Normally such service contracts are carried out by specialist companies … The majors are not normally interested in such deals, preferring to invest in projects that give them a stake in ownership of extracted oil and the potential for large profits. The explanation is that they see them as a stepping stone…”

He said the companies’ lawyers had been insisting “on extension rights under which each company would get first preference on any future contract for the field on which it has worked”.’

Bush and Cheney clearly went into Iraq primarily in order to put US petroleum firms in precisely this favored position. The US power elite wanted this outcome and connived actively at it. As Alan Greenspan put it, “I am saddened that it is politically inconvenient to acknowledge what everyone knows: the Iraq war is largely about oil.”

Poor Iraq has been looted, occupied, and disrupted by the industrialized West for a century because of the curse of its oil wealth. The Iraqi Petroleum Company was until 1929 the Turkish Petroleum Company since it began in 1912 with a concession from the Ottoman Empire, which ruled Iraq before the 1917 British conquest. The victors of World War I used their victory to leverage themselves into Iraqi oil. The Ottomans had thrown in with Germany and Austria in 1914, and were defeated by the victorious allies. Iraq was considered a successor state to the Ottomans in its territory and so shared in the ignominy and disadvantage of defeat. A German company was one of the original concessionaries, but the French usurped its shares as a spoil of war; that was how the Compagnie Francaise des Petroles, now Total, got into Iraq. And, as one of the victors in the war, the US pressed claims to enter the concession, with its oil majors eventually being awarded a quarter of the shares.

The San Remo conference of 1920 deeply disappointed Iraqis by awarding the country to Britain as a League of Nations Mandate, or colony with term limits. The Iraqis had wanted immediate independence, and launched a months-long revolution against the British that summer. San Remo did set aside a 20 percent share in the oil concession for Iraqis, but the Western petroleum companies refused to allow implementation of that provision, locking Iraqis out of any possession of their own petroleum. They did offer to pay the Iraqi government a small royalty based on their profits, but said that would not kick in for 20 years! The Iraqi Petroleum Company was notorious for not training Iraqis to fill management positions, implementing a typical colonial business model.

In 1958 the British-installed monarchy was overthrown in Baghdad by an officers’ coup that was accompanied by popular revolt. Gen. Abd al-Karim Qasim [Kassim] in 1961 issued Law 80, revoking the Iraqi Petroleum Company’s claims on undeveloped fields in the rest of Iraq, beyond the ones they already had developed. He set March, 1963, as the date on which the decree would be implemented. 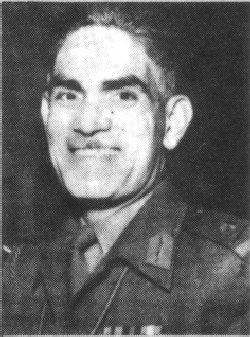 In February, 1963, he was overthrown by the Baath Party. It is rumored that the US was complicit with that coup, and some Baathists who made it said so. The US also certainly did have foreknowledge of it.

If Washington thought the Baath would revoke Law 80, however, they were disappointed. The Baath did cooperate in destroying the Iraqi Communist Party, but it kept Qasim’s oil law. The Iraq Petroleum Company retaliated by keeping Iraq’s production relatively low and so starving the government of oil rents, and by not giving Baghdad as favorable terms as some other OPEC countries. After 8 months, the Baath was overthrown by another clique of officers, who ruled until 1968. The nationalist officers in Iraq were outraged by US and Dutch support of Israel in the 1967 war, and joined an oil boycott of the West that began that June. The nationalist Iraqi regime also put pressure on other Gulf oil countries to take control of their resources away from American firms that were essentially allied with Israel via their government in Washington. The later round of oil nationalizations were in some ways Arab revenge for the humiliating defeat in 1967.

In 1968 the Baath returned to power in a second coup, and in 1971 President Ahmad Hasan al-Bakr nationalized the IPC. Below is an initial CIA analysis of the 1972 nationalization of Iraqi petroleum. I am omitting the Agency’s incorrect prediction that Iraq would find it difficult to market its nationalized petroleum. The CIA could not have foreseen the 1973 Arab oil boycott or the quadrupling of oil prices in the rest of the 1970s.

SOME IMPLICATIONS OF IRAQ’S OIL NATIONALIZATION

1. In a sudden and dramatic move on 1 June 1972, the Iraqi government nationalized all the assets of the Iraq Petroleum Company (IPC), a consortium of US, British, Dutch, and French oil firms operating in northern Iraq. The nationalization culminates 11 years of smoldering disputes between the members of the oil consortium and the Iraqi government. The same group of oil firms also controls the only two other non-government oil-producing companies in Iraq – the Mosul Petroleum Company (MPC) and the Basrah Petroleum Company (BPC). These companies, which have less production than the IPC, have not been affected by the nationalization decree. In concert with the Iraqi move, the Syrian government seized the Syrian portion of the IPC pipeline through which the oil produced in northern Iraq is transported to ports on the eastern Mediterranean. This memorandum describes the events leading up to the nationalization and analyzes Iraq’s ability to maintain output and sales of the newly acquired oil. In addition, the possible repercussions on the Iraqi economy and the world oil market resulting from the action are discussed . . .

2. The source of the present conflict between Iraq and IPC is rooted in “Law 80” promulgated in 1961 [by Abd al-Karim Qasim (Kassim)]. From 1925 until 1961, IPC held concessions in Iraq covering virtually the entire country. This law withdrew from IPC all concession acreage not then being worked by IPC companies – an area amounting to more than 99% of the total. The canceled concessions included the potentially prolific North Rumaila oilfield that IPC had discovered and partly developed, but from which production had not yet begun. The companies refused to acknowledge the validity of the law, and for more than a decade the dispute simmered. Intermittent government-company discussions failed to resolve the issue. In retaliation, IPC refused to grant Iraq the same financial benefits that other members of the Organization of Petroleum Exporting Countries (OPEC)* were able to obtain in the mid-1960s, such as expensing royalties. This action has led to an Iraqi claim for back payments of nearly $400 million. Negotiations on the back payments claims and the North Rumaila issue took place again in January and February 1972 but ended in deadlock primarily because of IPC’s adamant stand on compensation for the loss of the North Rumaila oilfield. . .

3. Tensions between IPC and the government were accentuated when oil production from the northern oilfields dropped sharply during March, April, and early May 1972. The Iraqis regarded this cutback as a further attempt to apply retaliatory pressure against the government following the breakdown of negotiations in February. By mid-May as the Revolutionary Command Council (RCC) saw the serious downturn in government oil receipts, which are vitally needed for political as well as economic reasons, IPC was threatened with confiscatory legislation if the company did not increase production from the northern oilfields, agree on a long-term production program, and make a “positive offer” on the other outstanding issues. On 31 May, IPC agreed to increase production from the northern oilfields and to set up a long-range production program but continued to demand compensation for the loss of North Rumaila. By then the RCC had already decided on the need for a dramatic political move, and Oil Minister Hamadi rejected the proposal out-of-hand, insisting that Iraq would never pay compensation for the North Rumaila field. The nationalization law was adopted the next day.

4. IPC has six shareholders: British Petroleum (BP), Shell Petroleum, and Compagnie Francaise des Petroles (CFP) [Total], each with 23.75%; the two American oil companies, Mobil and Standard Oil (New Jersey)[now Exxon], are equal partners in the Near East Development Corporation and jointly own another 23.75%; and the C.S. Gulbenkian Estate owns the remaining 5%. The company’s production comes mainly from the Kirkuk oilfield in northern Iraq and is exported via pipeline across Syria to the eastern Mediterranean ports of Banias in Syria and Tripoli in Lebanon.

Prospects for Iraq’s Producing and Marketing the Oil

5. Although production has apparently now been stopped on orders from Baghdad, output could begin on short notice. Maintaining output from the nationalized facilities and transporting the oil from the Kirkuk field to the Mediterranean ports should pose no insurmountable problems for the Iraqis. The operation of the northern fields is already almost entirely in the hands of Iraqi nationals who are expected to remain under the new ownership. The Syrians similarly should encounter little difficulty operating the IPC pipeline.

6. Production is not the problem, however. The most serious problem facing the Iraqis is finding buyers. The companies comprising IPC control a large share of the world oil market. It is unlikely that they would agree to market the nationalized oil without an Iraqi commitment for prompt and adequate compensation. . . “

Well, the compensation hasn’t been prompt. It is now likely to be adequate.