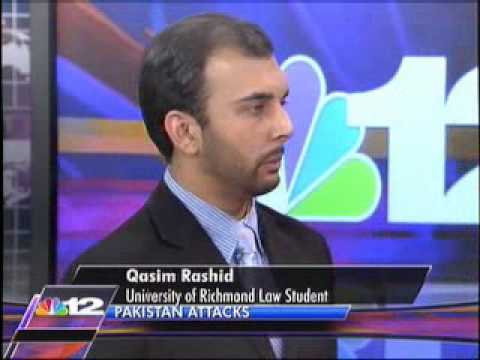 The attack by ten armed and trained militants on two Ahmadi places of worship resembled in its techniques the assault on Mumbai (Bombay) in fall of 2008 (see this Federation of American Scientists report [.pdf]). Some at least of the militants appear to have been from southern Punjab and to have been residing in Waziristan (according to Geo television). They were armed with small arms and suicide vests. They dispatched the few guards at the entrance of the houses of worship and then opened fire on the congregants, killing men, women and children. At one of the mosques, they essentially held several hundred people hostage for 4 hours as police and SWAT teams closed in on them. When effectively challenged, by the Ahmadis or by the police when they arrived, the militants detonated their vest bombs. In a couple of cases, the Ahmadis managed to prevent the detonation, and one young man was captured alive. The over 100 wounded were taken to several different hospitals, suggesting that emergency rooms were overwhelmed. Late reports estimate the number killed at 95.

The previously unknown groups Tehrik-i Taliban Pakistan – Punjab Wing and al-Qaeda- Punjab Wing are claiming to be behind the attacks on the two Ahmadi mosque congregations on Friday. One of the assailants was identified as being from Rahimyar Khan, in the far south of the Punjab. It is said by Geo satellite television that he was studying in a Muslim seminary in Karachi and had also studied in Waziristan, as had several of the other assailants.

What Friday’s attack suggests, if Geo is right, is that small networks of Punjabi fundamentalist vigilantes had gathered in Waziristan, from which they are now being expelled by the Pakistani military. They are attempting to take their revenge by destabilizing Pakistan. Hitting the Ahmadis, considered heretics by most Muslim Pakistanis, puts Pakistan’s politicians in the awkward position of having to defend them, and so cleverly tars the government with the brush of heresy itself.

Geo quoted a prominent Muslim cleric, Mufti Munib-ur-Rahman, who underlined that in a Muslim nation, the lives and property of non-Muslim citizens are sacrosanct. On the one hand, if this atrocity pushes the Pakistani elite to admit this crucial principle, that would be all to the good. On the other, the militants will use such statements to stir up fanatics.

The horrifying assault on the Ahmadi congregations underlines why Pakistan needs a separation of religion and state. The problem with using Islam as the state ideology (as the country’s founder, Muhammad Ali Jinnah clearly foresaw) is that there is no generic Islam. If a strict Sunnism of a revivalist or Salafi sort is the orthodoxy, then Twelver Shiites, Ismailis, Ahmadis and Sufis will be disadvantaged. I would argue that these latter groups taken together constitute a majority of the country (most Pakistanis are Sufis, and most Sufis are Sunni, but fundamentalist Sunnism despises mystical Sufism, which strives for spiritual union of the believer with the divine beloved).

The Muslim majority in Pakistan has created the atmosphere in which members of the Ahmadi community are seen as fair game by militants. The Ahmadiya was founded in 1889 by Mirza Ghulam Ahmad as a combination of modernist and millenarian movement. Although it may seem counter-intuitive to combine a belief in modern reform with a conviction that the Muslim promised one had come and the end-time is near, such a combination is common in modern Islamic history. The successors to the Sudanese Mahdi in the Sudan had that profile, as did the later Sanusis in Libya (and Moammar Qadhafi himself), along with the Babis and Baha’is in Iran. I would argue that millenarianism, the belief in the advent of a messiah figure and the drawing near of the Last Days, can open up religious authority structures so as to allow for radical reform of the sort that modernity makes necessary. Thus, Ahmadis do not believe in jihad or holy war, and for much of the twentieth century they had more liberal attitudes toward women than did Muslim traditionalists.

Muslim theologians tend to make a distinction between the figure of the messenger (rasul) of God, who brings a revealed book of precepts and laws, and a prophet or nabi, such as David, Solomon, etc., who does not. Most Muslims also believe in the validity of a saying attributed to the Prophet Muhammad, “There is no prophet after me” (la nabiya ba`di). Since Mirza Ghulam Ahmad claimed to be a lesser prophet or nabi, but did not claim to be a Messenger (rasul) with a scripture that superseded the Qur’an, Ahmadis view themselves as fully Muslims. But the majority of both Sunnis and Shiites consider the Ahmadiya to be a heresy and discount it as having departed from Islam, arguing that you can’t have even a lesser prophet after Muhammad. (You could make an inexact analogy to evangelical Christian attitudes to Mormonism, which sees Joseph Smith as a minor prophet with a revealed scripture, who came long after Jesus Christ).

In 1974, Pakistan’s parliament passed a law declaring the Ahmadis to be not Muslims. There have been a number of anti-Ahmadi pogroms, as in the early 1950s. In the 1980s, Gen. Zia ul-Haq legislated anti-Ahmadi ordinances that made it illegal for Ahmadis to adopt Muslim personal names and even to greet anyone with the phrase “Peace be upon you” (as-Salaamu `alaykum), the typical Muslim greeting (which in history was hardly exclusive to Muslims; ancient Arabian pagans used it and a cognate phrase is used in Hebrew). The positioning of Ahmadi as ersatz Muslims, as under univeral suspicion of being somehow illegals, led inexorably to Friday’s vicious killings of them.

A local NBC affiliate interviewed an articulate Pakistani-American Ahmadi on the attacks:

The Pakistani parliament has no business attempting to define who a Muslim is or is not. The Pakistani state should be above such frays, as Jinnah wanted. Pakistan, a country of roughly 170 million, has some two million Hindus, who need to be recognized as equal citizens despite not being Muslims. (In fact, a Hindu served as acting chief justice of the Supreme Court in Pakistan not so long ago. Any time a state attempts to define and impose religious orthodoxy, basic human rights get shredded.

The attack also signalled again the danger emanating from the tiny fringe of Punjabi Taliban. Pakistan’s Dawn newspaper was prescient on May 19 when it editorialized that authorities in Punjab province needed to stop being in denial about militant Muslim groups in Punjab, which are increasingly called “Punjabi Taliban.” These groups, which represent a tiny, tiny fringe among Punjabis, tend to be active in the south and the west of the province (which encompasses 55 percent of the Pakistani population).

Dawn asserts that Pashtun Taliban (presumably based in Quetta in Baluchistan) circulate through and receive support in southern Punjab. Hardscrabble rural districts such as Bhakkar and Dera Ghazi Khan have come under the influence of Deobandi revivalist seminaries of the sort that produced the Afghan Taliban. 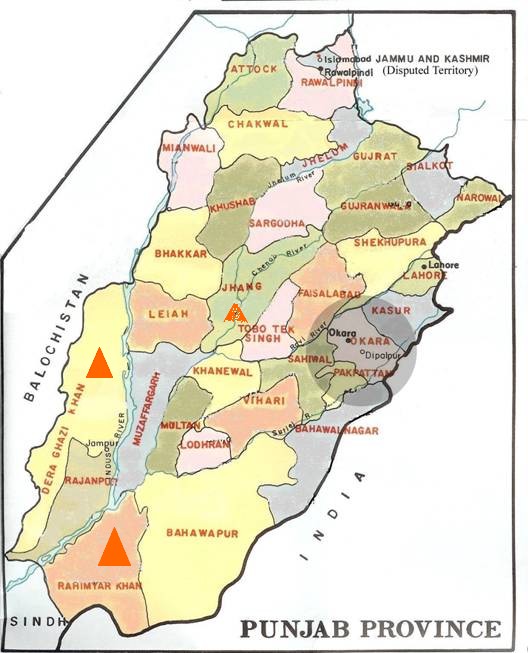 Another of the attackers was identified as ‘Amir Mu’awiya.’ Mu’awiya was the first of the Arab kings after the four Orthodox Caliphs, who ruled over the nascent Islamic Empire in the 600s of the Common Era. He was an enemy of Ali, the fourth caliph of the Sunnis and the first Imam or divinely inspired leader of the Shiites. (Ali was the first cousin and son-in-law of the Prophet Muhammad). Because South Asian Islam, although it is largely Sunni, was deeply influenced at key points by Shiite themes, ‘Mu’awiya’ is an unusual name in the subcontinent. My guess is that it is a sign of Saudi Wahhabi influence; Wahhabism is typically strongly anti-Shiite and rejects Shiism’s cult of martyrdom centered on Ali and his son Husayn.

Jhang Siyal is a longstanding center of Sunni radicalism predating the rise of the Taliban. Pakistan’s preeminent Sufi center is Uch near Multan, also in southern Punjab. One of the four major mystical Sufi brotherhoods that helped convert what are now Pakistanis to Islam was the Suhrawardi order. In 1805 or so, its leader at Uch converted to Shiism, and about half of the Suhrawardi mystical masters or pirs followed his lead. In the Mughal period, pirs had been given large estates to support their spiritual endeavors by the Mughal emperors. In the twentieth century, as a result, you had a fair number of great landlords who were Shiite, with Sunni peasants working their land or Sunni small townsmen under their thumb. Jhang was one such Suhrawardi-Shiite center. In the 1980s, militant Sunnis formed the Army of the Companions of the Prophet or Sipah-i Sahaba to conduct terrorism against Shiites. The Sipah-i Sahaba was one of the groups that trained in the al-Qaeda camps in Afghanistan in the 1990s. So there are jihadi networks in Jhang, Dera Ghazi Khan and elsewhere in southern Punjab with grievances against minorities such as the Shiites and Ahmadis. And now they seem to be hooking up with the Pashtun Taliban in places like Waziristan, receiving further training and being imbued with new grievances.