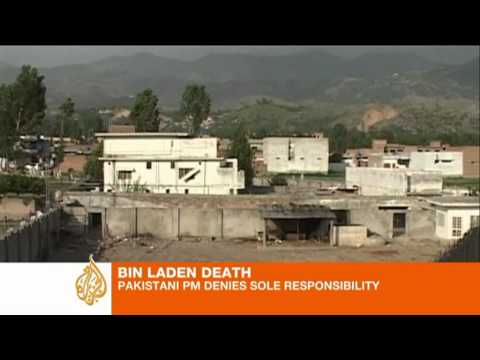 It turns out that when President Obama ordered the Navy SEALs to get Usama Bin Laden in Abbotabad, he did not infringe against Pakistani sovereignty after all. Rather, he was acting in accordance with a longstanding secret agreement between Washington and Islamabad, according to The Guardian. The agreement even stipulated that the Pakistani government would be constrained by public opinion to condemn the US action in the aftermath, however insincere the rebuke might be.

Those who are unnecessarily worrying that Obama’s raid was lawless or set a precedent can rest easy; the only precedent is not military, but rather for back-room deals among governments who then put on public Kabuki plays.

The shadowy agreement explains why Prime Minister Gilani gave such a tepid speech on the whole affair. He demanded no apology from the United States, appointed no commission of inquiry, and did not seem unduly alarmed (because he was not). He said that Bin Laden’s demise greatly benefited Pakistan, on which, he said, Bin Laden had declared war. Gilani, a relatively secular politician from a prominent Sufi family of Multan, was no doubt delighted to have Bin Laden out of the way. He did push back against suggestions that the Pakistani military knowingly harbored Bin Laden, though he admitted that the terrorist’s residence in Abbottabad was an embarrassment. Maybe not as big an embarrassment, he archly suggested, as invading a whole country such as Iraq on the basis of mistaken intelligence about WMD. But an embarrassment nevertheless.

Aljazeera reported on the speech, but went to press before the Guardian’s revelation.

The Guardian reports that a decade ago, then Pakistani dictator Gen. Pervez Musharraf made a deal with Washington acknowledging that US troops could come into Pakistan to strike at top al-Qaeda leaders whenever they liked. Aware that any such incursion would be unpopular, Musharraf warned his new American patrons that the Government of Pakistan would likely condemn it in public so as to assuage the population. The agreement was reaffirmed during the transition to civilian, parliamentary rule, in spring-summer of 2008, according to The Guardian

In August of 2008, as the civilian government was about to take over from Gen. Musharraf, US officials met with Prime Minister Yousaf Raza Gilani . He pledged to them that the Pakistani military would prosecute to the end its then campaign in Bajaur against the Pakistani Taliban. The US embassy reported back to Washington,

‘ [Interior Minister Rehman] Malik suggested we hold off alleged Predator attacks until after the Bajaur operation. The PM brushed aside Rehman’s remarks and said ‘I don’t care if they do it as long as they get the right people. We’ll protest in the National Assembly and then ignore it.’

Other cables confirm that it has been routine for US special operations forces to work in tandem with their Pakistani peers on Pakistani soil, with the secret concurrence of Chief of Staff Gen. Ashfaq Kayani.

Not only was Gilani merely going through the motions in Monday’s speech, but so was virtually the entire country. In the last couple of years, al-Qaeda’s favorability rating in Pakistan has fluctuated between 9% and 18%. I would argue that in any society, at least 10% of the people who answer polls are looney toons or have very strange politics, so in reality almost no reasonable Pakistanis thought much of Bin Laden. There have been no massive demonstrations in the wake of his killing. In June of 2007, 50,000 people are said to have come out in Lahore to demand the reinstatement of the supreme court justice who had been dismissed by the military dictator, Musharraf. They were offended by an attack on the rule of law by a general. So we know what gets Pakistanis exercised. The small scattered demonstrations against Bin Laden’s death in Pakistan during the past week, mostly by members of the minority fundamentalist party (the Jama’at-i Islami) have been a posthumous humiliation for him.

Since nearly 60 percent of Pakistanis think the US is their enemy, whatever passion the raid on Bin Laden elicited had far more to do with defense of the nation’s borders than with any admiration for al-Qaeda terrorism. Of course, 64% of Pakistanis say want better relations with the US, which has to raise questions about what they mean by that ‘enemy’ crack.

The raid on Abbotabad reopened recent wounds for many Pakistanis. This spring has been dominated by the scandal of CIA operative Raymond Davis, who shot two men in broad daylight in downtown Lahore last January, then got himself arrested while he was taking photographs of the corpses and inventorying their private effects. An extraction team from the US embassy ran over another Pakistani with their van in their haste to reach the scene, and anyway arrived too late to prevent the arrest. Davis was finally released when the US allegedly paid $2.4 million in blood money (diya) to family members, who under Islamic law have the prerogative of not pressing charges if they are satisfied with the diya offered.

Please don’t tell the Oklahoma state legislature, which recently attempted to outlaw resort to any element of Islamic law.

The Davis saga played to Pakistani fears of having been infiltrated by masses of Blackwater/ Xe operatives, anxieties stoked by the big US military footprint in the area as a result of the Afghanistan war next door. On the other hand, the polarization might be lessening. Few Pakistanis any longer admire those violent Pashtuns of southern Afghanistan who struggle against US and NATO troops

It was in a post-Davis Pakistan that the mission against Bin Laden took place. Luckily, most Pakistanis had no use for al-Qaeda, and so public anger hardly boiled over at his death. Urban middle class people even welcomed it, because they feel that al-Qaeda has made their lives insecure with its domestic bombings and has smeared them with the tag of terrorist when they travel to the west.

Ultimately, the key to the erratic behavior of the Pakistani government toward the US and its interests lies in a basic contradiction. The Pakistani elite is wedded to the $3 billion in aid that the US donated to them in 2010. That elite is also allied with the US against some of the Taliban factions. On the other hand, the Pakistani officer corps sees Afghanistan as their sphere of influence, and refuses to cede it to the US. Elements of the Inter-Services Intelligence seem to be allied with Jalaluddin Haqqani and his network, which fights the US and Karzai in Afghanistan and is based in North Waziristan.

These contradictions make it tough for the Pakistani political class to save face. But that is what Gilani and others were trying to do in his recent speech.
: