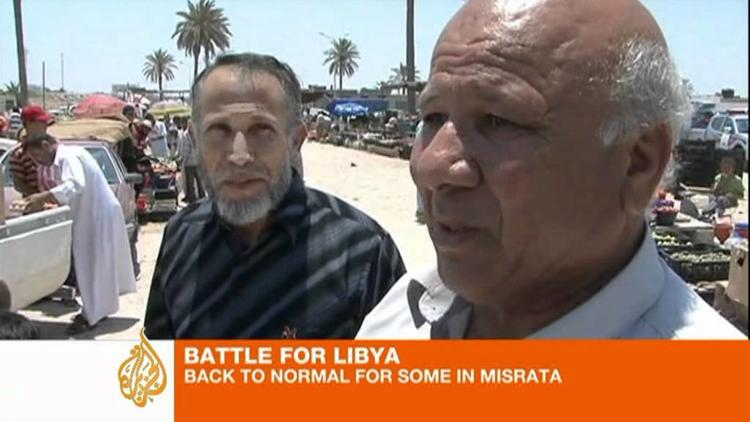 The Republican-dominated US House of Representatives voted down an authorization for President Obama to have the US participate in the Libya War on Friday. (Many Democrats also joined in). The House did not agree to cut off funding for the war.

With regard to US domestic politics and the rule of law, the vote would have virtues if it finally showed some congressional gumption with regard to the imperial presidency. Those who are voting on principle and have moral and legal reasons to oppose the war should be applauded for expressing their conscience. In a Republic, dissent is the highest form of patriotism.

But the likelihood is that at least some in the House do not have a newfound sense of independence and dedication to pacifist principles. Rather, many representatives are probably just playing politics. It cannot go without comment that many of the same Republicans refused to criticize W. during the Iraq War, when that administration created a “lock step” mood in the country and lambasted war critics like myself as unpatriotic. In fact, I rather fear that many of the same politicians who cast a vote against war on Friday will, if there is a Republican white person in the White House in 2013, gladly turn around and authorize aggressive war on Iran.

Let us just remember what the same House did in fall 2002 when W. asked it to authorize an illegal war launched on phony premises and lacking in UNSC authorization:

‘The president praised the congressional action, declaring “America speaks with one voice.” “The Congress has spoken clearly to the international community and the United Nations Security Council,” Bush said in a statement. “Saddam Hussein and his outlaw regime pose a grave threat to the region, the world and the United States. Inaction is not an option, disarmament is a must.”

In contrast, the Libya intervention was authorized by the United Nations Security Council and so is legal in international law. There was a pressing humanitarian crisis as Muammar Qaddafi sent jet planes and tanks to bomb his own people. Qaddafi threatened to blow up civilian airliners over Europe. NATO allies wanted to intervene, just as NATO had done in the Balkans in the 1990s (the cynical should remember that there is no petroleum in the Balkans).

The vote does underline that Obama would have been much better off going to Congress for authorization in the first place, and lobbying the representatives to get their agreement. It would have been in line with the Constitution. And if he lost, he would be no worse off than he is now, politically speaking.

Whatever its domestic meaning, the vote undeniably sent unfortunate signals abroad. You have to wonder whether, for good or ill, the vote is the end of NATO. The US House can hardly ask the British and French to risk their young soldiers’ lives in Afghanistan if it can’t be bothered to vote to help defend the latter’s aircraft over Libya.

Tripoli erupted in celebratory fire and the dictator’s few partisans exulted that he had “won.” It was a dramatic change of mood. Just yesterday, dissidents in Qaddafi’s own capital of Tripoli found a way surreptitiously to express their dissatisfaction with him, holding sit-ins in mosques to support Syrian protesters against Qaddafi’s ally, Bashar al-Assad. It seems to me that the House vote certainly just prolonged the Libya war.

Qaddafi brigades are still launching GRAD rockets at noncombatants in the dissident city of Misrata, and may now be expected to launch a major push to massacre that city, which they had already half-destroyed with shelling and cluster bombs, killing over 1000 people even though they failed to reduce the city.