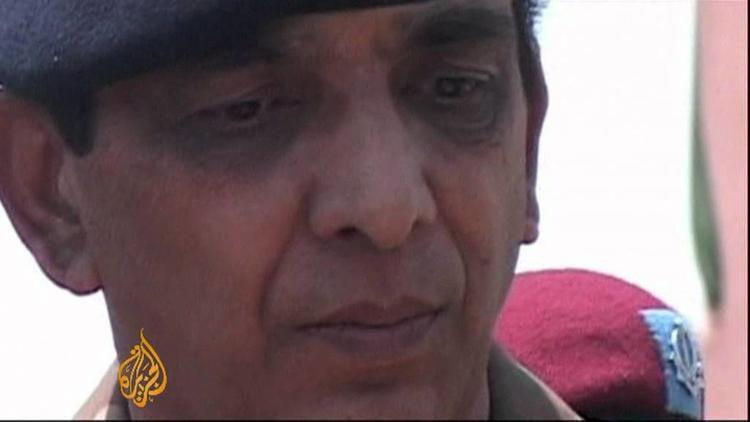 Pakistan is the world’s sixth most populous country, just after Brazil. It has only the 46th largest gross domestic product (in nominal terms). But it has a stockpile of nuclear warheads, and has perhaps the seventh largest army in the world, after the US, Russia, China, India and the two Koreas. It is a major recipient of US foreign aid, though some of that has been put on hold by an angry US Congress.

Pakistan’s elites are allied with the United States against some insurgent Afghan groups, and it is central to transporting goods for the NATO war effort in Afghanistan. On the other hand, it is allied with some Pashtun groups (especially the Haqqani network) against the US and against the Afghanistan government.

It has been facing serial crises of poor governance and bad politics. There are continual electricity outages (very bad for the industrial sector). There have been strikes over poor or late pay, including by the railway workers. Security is collapsing, even in Lahore, which used to be well run, but which is becoming seedy and dangerous.

The Pakistani government was embarrassed by the presence of Usamah Bin Laden in Abbotabad, not far from its equivalent of West Point. The revelation appears to have provoked a determination on the part of the civilian government of Yousuf Raza Gilani and President Asaf Ali Zardari to get more control of the Inter-Services Intelligence and the officer corps, who had in the past often ordered the civilian government around or made coups.

Then it was alleged that the Pakistani ambassador in Washington, Hussein Haqqani, passed over to the US National Security Council and the Pentagon a request for them to help the civilian government get power over the military bureaucracy. An intermediary was said to be Pakistani-American businessman Mansoor Ijaz, whom the Pakistani Supreme Court and other authorities now want to depose.

Ambassador Haqqani had to resign when the existence of the memo became public.

The Pakistani Supreme Court is also interested in the memos, to see if the Pakistani government had violated any laws or perhaps even committed treason.

President Asaf Ali Zardari keeps going off to Dubai for medical treatment, causing many to wonder if he was trying to slip out of the country (he went back to the the Emirates again on Thursday.)

Then US aircraft killed some 24 Pakistani troops at a checkpoint near the Afghan border, creating severe tensions between the Pakistani military, which was already angry about the Bin Laden assassination mission on Pakistani soil and about Memogate and the possibility of US intervention in Pakistan’s civilian-military balance.

Then Pakistan threw the US air force off one of its bases. For several weeks, there were no drone strikes in the tribal belt by the US, probably because Pakistan was still sore about the killing of 24 troops by friendly fire. And for a long time Pakistan idled the NATO supply trucks coming up from Karachi to the Khyber Pass.

Then President Zardari flew to Dubai for medical treatment, which some speculated would lead to a soft coup by the military.

But it did not. Zardari returned. But now the Supreme Court is getting interested in him and in investigating Memogate itself.

Then a famous cricketer turned politician and philantropist, Imran Khan, started holding mega rallies in Lahore and Karachi, having gained sudden popularity. Imran Khan started to call for Zardari to resign. The government anyway could not go past February 2013, and Zardari’s political rivals want early elections.

On Monday Prime Minister Gilani gave an interview with the Chinese press in which he criticized the Chief of Staff and the head of the Inter-Services Intelligence (ISI) for submitting documents on Memogate indepedently to the Supreme Court, insisting they should have gone through him as head of state.

Then the military made dark noises, and Gilani responded by firing the minister of defense, who was close to the officer corps.

On Thursday, Zardari went to Dubai again, possibly for follow-up tests for whatever condition he has. That trip provoked more coup rumors.

But Pakistanis are convinced by the lack of electricity that Zardari and Gilani could not govern themselves out of a paper bag, and that new elections for parliament should be held. Imran Khan is waiting in the wings as a new broom. Assuming that there are elections rather than a coup.

And, what will be the effect of these changes on the final years of the US and NATO war in Afghanistan? How badly did the interruption of the supply train hurt? What sorts of lack of Pakistani cooperation have been imposed with regard to Afghanistan?