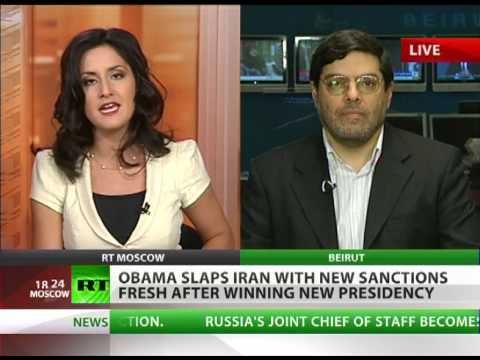 Among President Obama’s first decisions after his reelection was to further increase already severe sanctions on Iran. Just before that, Iran shot at a US drone it claims was spying on Iranian vessels in the Gulf.

Obama’s sanctions regime, it is argued, is already damaging Iranian public health. Medicines are not getting in or are too expensive. Medical and other infrastructure is suffering from Iran’s inability to import from Europe or inability to pay for imports because the US has had it kicked off major bank interchanges.

Iran is said to face difficulties in finding spare parts for its airplanes. Now that Europe has cut Iran off, there is a steel shortage.

The International Monetary Fund expects Iran’s economy to contract by about a point this year, and to grow by a point next year. That economic performance is anemic compared to 2010, when Iran grew about 6%.

Russia Today reports on the boycott