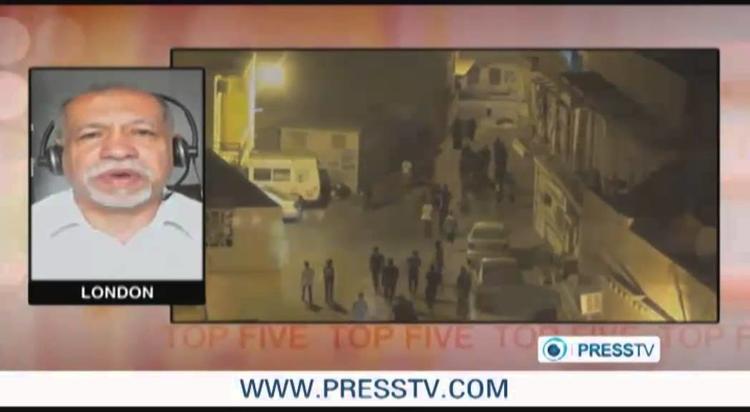 The Bahrain struggle is still going on two and a half years later. A coalition of Shiite groups and some Sunnis (the Waad or Promise Party) continues to agitate against the authoritarian practices of the Sunni monarchy. The dissidents have formed a Rebellion (Tamarrud) Movement in emulation of the one that brought down President Muhammad Morsi of Egypt, and are calling for big demonstrations on August 14. 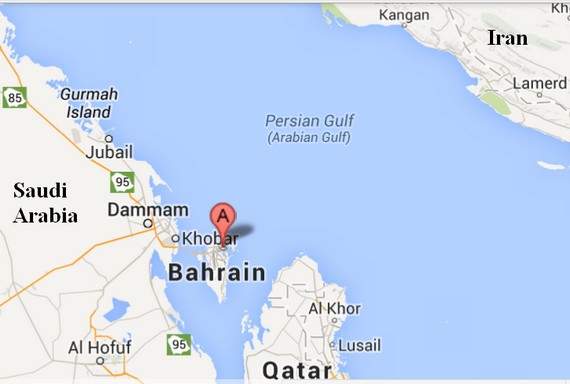 The Bahrain regime has responded with Draconian new laws threatening to take away the citizenship of protesters and banning protests altogether in the capital. These measures are severe violations of international human rights laws. Washington has been relatively muted in its response to these violations. Bahrain hosts the HQ of the Fifth Fleet in the Gulf and its Sunni monarchy is an opponent of Iranian influence, covering a multitude of sins from the point of view of the Obama administration. Shiites are about 60% of the citizen population, but are discriminated against and many are relatively poor and powerless. The regime maintains that Shiite activists are terrorists working for Iran, but these charges are frankly ridiculous covers for a regime that practices arbitrary arrest and punishment.

On 28 and 30 July, Bahraini press and websites were observed to react to the 22 recommendations which were adopted by the parliament to counter terrorism. Bahraini King Hamad forwarded to the government the recommendations adopted on 28 July by parliament, ordering their “quick implementation.”

The parliament suggested a number of measures, including

– revoking the citizenship of anyone “recognized as guilty of committing or inciting an act of terrorism,”

– imposing “a ban on gatherings and rallies” in the capital Manama,

– declaring the emergency law if the need arose in the run-up to a major opposition demonstration called for mid-August,

– prosecuting political groups that “incite and support acts of violence and terrorism”, as well as those that use media social networks to “spread false information.”

Following is a roundup of reports and commentaries as posted on Bahraini websites.

Al-Wifaq.net in Arabic –Website of Bahrain’s largest Shiite opposition group — on 28 July carries a report citing a statement issued by “the national democratic opposition forces” as condemning the language of “incitement, hatred, and insults” used in the parliamentary session.

The report says that the national democratic opposition forces rejected this language that dominated the urgent session of the National Assembly. The report adds that the opposition forces said that “describing the majority of citizens as ‘dogs’ is an extremely dangerous and dishonorable move, and is regarded as a serious violation of speech by the regime.”

The report also says that the opposition forces expressed their dismay over “the speeches which encourage murdering, torturing, arresting, and revoking the citizenship from anyone simply for calling for democracy and human rights or having an opinion contrary to the regime.” The report then notes that the opposition forces viewed “this as an official supplement to the ongoing abuses of human rights and violations of law that lead the country toward a chaotic future.”

The report adds that the opposition forces stressed “the absence of a reasonable, moderate and balanced discourse” is a serious problem which necessitates the need for building a country based on the principles of justice, equality, and tolerance.

The report concludes by citing the opposition forces as saying that “they will continue their political work and will not cease until the achievement of popular demands calling for a democratic state” and stressing that resorting to “the security solution” has proven its failure for over 30 months.

— on 30 July carries a commentary by Fawziyah Rashid praising the “historic” extraordinary session of the National Assembly which was held as the history of Bahrain is facing a “critical turning point.” According to the commentary, the holding of the session followed a “pressing popular mandate given to his majesty the king and the executive authority to take all measures and precautions for toughening and enforcing the law against terrorism and death industry in Bahrain.”

The commentary further lauds the 22 recommendations adopted by the Bahraini parliament to counter violence and terrorism and the prompt response of the king to implement them. The commentary notes that the National Assembly’s assurance on the country’s sovereignty aimed to vociferously reject any foreign interference in the Bahraini domestic affairs as well as eradicate any party involved in “establishing a state within a state” through “religious or political pulpits.” In closing, the commentary says that Bahrain will not be “another Iraq or Syria,” or any other country in the “Arab havoc” which the United States seeks to spread in Arab countries.

– on 30 July carries a commentary by Sawsan al-Sha’ir in which she says that the National Assembly’s recommendations have not been adopted against the Bahraini Shiite sect but against terrorism. Sawsan describes anyone who misleads the public by claiming that the parliamentary session was held to target the Shiite sect as a “criminal,” “an inciter of sectarianism,” and “a cog in the machine of terrorism.” Sawsan also warns of instigators who seek to mislead the people by misusing freedom and constitutional rights to incite sectarian strife and acts of terrorism, urging the National Assembly to close any legal loopholes which are not covered in the 22 recommendations in order to “completely destroy the machine of terrorism and save Bahrain from the sectarian infighting.” Manama Al-Watan OnlineA in Arabic

— on 30 July carries a commentary by Faysal al-Shaykh in which he condemns the “sectarian” statement issued by the opposition Al-Wifaq Society after Bahraini King Hamad Bin-Isa Al Khalifah had ordered the government to implement a parliamentary call for tough measures against the parties supporting “terrorism.” Al-Shaykh accuses Al-Wifaq Society of claiming to be the only representative of the Shiite sect in Bahrain, saying that the 22 recommendations were adopted to uproot and fight terrorism and that they are not meant to target Shiites.