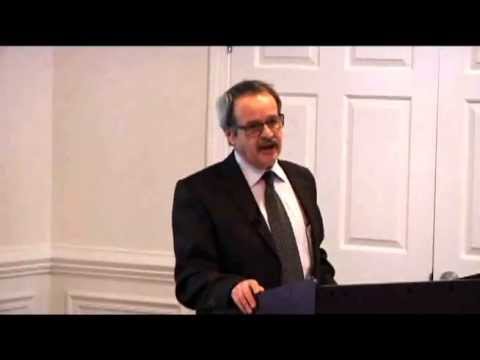 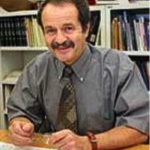 There are sizeable Christian minorities in several Middle Eastern countries with Muslim majorities, but the numbers of Christians may be diminishing.

This Spring, Duke’s Department of Religion in conjunction with the Duke Islamic Studies Center invited Herman Teule, Professor of Eastern Christianity at Radboud University in the Netherlands, to examine and discuss the current situation of one such group — the Christians of Iraq.

When many people think of Iraq, the Christian population usually doesn’t come to mind. It’s the post-war sectarian violence between Sunni and Shia Muslims that makes most newscasts.

In fact the Christian population once thrived in Iraq, despite being in the minority. Unfortunately, since the ouster of Saddam Hussein in 2003, their population has crashed. According to the latest figures from the CIA World Factbook, the number of Christians may have dropped by as much as 50%. Teule estimates an even more dramatic decline of 70% — from 850,000 pre-war to 250,000 today. Even more staggering is the decline in the number of church buildings – about 57 are left of the approximately 300 that were in existence before the dictator was overthrown.

The history of Christians in what is now Iraq goes back 2,000 plus years. The oldest church — the Assyrian Church of the East — dates to the 2nd century AD, before the birth of Islam. The Chaldean Catholic Church dates back to the 16th century and was firmly established in the 19th century when a number of Assyrians “accepted the authority of the Pope and split from the Assyrian mother church.” These two churches, together with the Syriac Orthodox Church, the Syriac Catholic Church (which have their center in Syria and Lebanon respectively), and the Armenian Church, are the main Christian churches in Iraq today.

Teule began his talk with a brief history of these four main churches and their leaders, and characterized their relationships with the state (for good or ill), including with Saddam Hussein’s regime. Here are some excerpts:

Teule also looked at the development of a Christian political movement in Iraq, during the 20th century, which became strong enough to hold its own.

By 1979 various Christian factions came together to create the first secular Christian political party in the region — the Assyrian Democratic Movement (ADM). “Ideologically,” Teule explained, the theory was that “Assyrian should not be limited to one specific community,” but “Assyrian should refer to a common ethnic identity” of all the four or five church communities in Iraq.

“In this way they created in Iraq a third ethnic group, next to the Arabs and to the Kurds,” he said. “On the one hand it was a way of overcoming the traditional ecclesiastical divisions. On the other hand it was also the expression of a wish to play… a new political role in Iraq, which was different from the past when politics was also under the responsibility of the religious leaders,” said Teule. “The struggle for ethnic, non-religious, and non-Arab but Assyrian identity made the ADM the natural ally of the Kurds who were striving for the recognition of a Kurdish identity and for the recognition of Kurdish political rights.”

Through the 1980s, Teule noted, Christian political parties were not only recognized as a group that warranted respect, but were also allotted no less than 5 of 111 seats (2 to the ADM and 3 to other Christian political parties) in the Iraqi governing body – an over-representation of their actual population. This foothold gave Christians a relatively significant say in the leadership of the country.

But this Christian unity was already beginning to fragment when the government, under the control of Saddam Hussein, was toppled in 2003. Added to this, since the start of the Iraq War, Christians had been fleeing en masse by the thousands to Lebanon, Syria and Jordan. By 2005 — when Iraqis were electing a transitional government and then later a National Assembly — there was a complete lack of unity within the Christian political ranks, as is evidenced in the language of the Iraq Constitution that was ratified that same year. (Article 155 of the Iraqi constitution, Teule said, referred to “the administrative, political, cultural, educational rights of the Chaldeans, the Assyrians, the Turkmen” and others as if they are “different ethnic bodies or communities.”)

A Future in the KRG ? 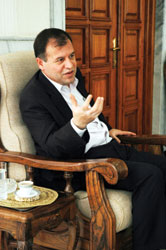 According to Teule, many people believe the key to the longevity of the Christians in Iraq lies in the Kurdistan region of Iraq.

Iraqi Assyrian (Christian) Sarkis Aghajan (Mamendo), who served concurrently as Minister for Finance and Economy and Deputy Prime Minister between 2004 and 2006 in Iraqi Kurdistan, put policies in place and provided resources that were critical in helping Christians make a life for themselves there.

Aghajan, Teule said, set up a program for the construction or reconstruction of Christian villages intended to accommodate Christians fleeing the violence in Baghdad, Basra and Mosul — building more than 150 villages.

He funneled money into churches, schools, orphanages, seminaries, and even monasteries in Kurdistan where their faith could be practiced without a major threat of attack.

“The idea was clear, to suggest that the future of Iraqi Christians is in Kurdistan and no longer in Central Iraq,” said Teule.

With an infrastructure in place, the region has become a natural place for Iraqi Christians to migrate. And, the Kurds actively spend money to support Christians moving there.

Since 2006 the number of Christians in the Kurdistan region has “probably more than doubled” said Teule.

While there is much less violence against Christians in the Kurdistan region as compared to other parts of Iraq, to say there is no violence toward Christians wouldn’t be entirely accurate. Attacks on Christians along with their churches, businesses, and homes still occur.

There are also many Christians, Teule said, who feel unsure if the KRG’s attempts to lure them to the area are genuine — they point to a history of betrayal by the Kurds and are wary of simple political maneuvering.

Teule said there are also some socio-economic barriers that stand in the way of moving into the Kurdish region. For example, Arabic is the native tongue of most Christians, especially the younger generation. While older Christians are multilingual, most Christians have not cared to learn any of the Kurdish languages. The problem may seem simple enough — similar to the situation of immigrants who live in the United States and cannot speak English — except the KRG has not been so accommodating to those who don’t speak Kurdish. This lack of learning the common language means newer generations cannot conduct day-to-day business in their very own country.

And, the economy in the Kurdistan region, while better on the whole than in the rest of Iraq, is still subpar. The dismal job market has forced Christians, sometimes just months after their arrival, to seek better opportunities in Turkey, Europe, and even the United States.

According to Teule, the KRG’s former Deputy Prime Minister Aghajan has been a strong supporter of an autonomous region for Christians in the Kurdistan region, and says the Iraqi constitution does allow for such an arrangement.

Teule emphasized that while autonomy doesn’t necessarily mean independence, an autonomous region for the Christians isn’t the magic pill that will make things better either. Teule said he believes that such an autonomous region — partially carved out of Iraqi Kurdistan — could further isolate Christians from the rest of the country. There’s already a lack of interaction between young Christians and general Iraqi society, the majority of whom are of Muslim descent. And then there’s the language barrier between Christians and Kurds, and between Christian youth and other cultures in Central Iraq.

Teule argued that in order to continue as a part of Iraqi society, Christians must stay united as one group regardless of any denominational split — they must in fact transition to a “supra-denominational identity.” There is a school of thought in Iraq put forward by some of the bishops, he said, that Chaldean Christians are not of the same ethnicity as Assyrian Christians. This idea continues to be advanced by even some in the United States, though these assertions, Teule said, disregard the Arab roots from which both communities originate (both communities still use the Arabic language and even continue to conduct worship services in Arabic).

He said that an added bonus to uniting under their common Arab roots could also mean a paradigm shift in how Christians in Iraq interact with the Muslim world around them. The common Arab ancestry has served as a uniting factor between the two religions in the past, he said, and a revival in the acceptance and recognition of this could inspire a newly minted relationship with the Muslim world in the Middle East that simply doesn’t exist today. He explained that this commonality could also serve as a platform for Christians to reach out to Islamic leaders.

Even though Iraqi Christians’ comfort zone may be in the Kurdistan region, Teule doesn’t believe they should sever ties with Baghdad and central Iraq. In this he has at least one ally.

Teule spoke about how the Chaldean Patriarch of Babylon, Louis Raphaël I Sako (the head of the Chaldean Church in Iraq) received offers to move his residence, and thus the center of his Church, to the northern region of Iraq to flee any persecution or violence brought his way. He was additionally invited to move his ministry to Detroit, MI where there is a significant Chaldean population. Sako turned down both offers and maintains his residence in Baghdad.

Teule said that if Sako had accepted either offer and left central Iraq, it would have meant the certain demise for Christians in their society.

“The idea of the patriarch is this: What we have to do as Christians is not to affirm ourselves in the first place as an ethnic community – certainly not think or dream of an autonomous region. For that means ghettoization… marginalization. What we have to do as Christians is to interact with the society at large, which means that we must affirm our Arab identity and secondly, that we also have to reach out to the Muslim leaders that we have to develop ways of communicating with the Islamic world.”

Herman Teule is professor of Eastern Christianity at the Radboud University (Nijmegen, The Netherlands), where he is the head of the Institute of Eastern Christian Studies, and at the Catholic University of Louvain (Belgium). He studied theology, comparative religion and Near-Eastern languages at the Universities of Amsterdam and Louvain. Teule holds a PhD (Louvain) in Oriental Studies. He also holds visiting professorships in Moscow (St Tychon’s Theological University) and Kottayam-India (Mahatma Ghandi University).