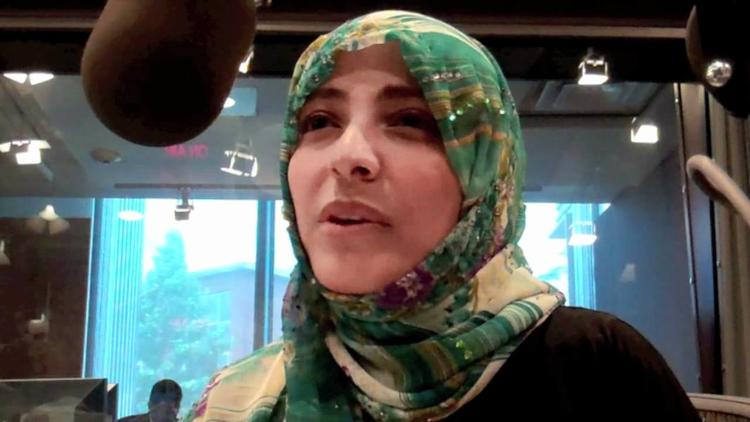 Despite setbacks in the wake of the “Arab Spring”, the region’s female activists gained strength following the uprisings and have no plans to stop fighting for better and fairer societies. Here is a rundown of five of the most prominent female human rights activists in MENA.

The first Yemeni and the first Arab woman to be awarded the Nobel Prize and the youngest Nobel Peace laureate to date, Tawakkol Karman tops our list.

A Yemeni journalist, human rights activist and politician (member of the Al-Islah political party), Karman is the leader of the renowned group “Women Journalists Without Chains,” which she co-founded in 2005.

She became the international public face of the Yemeni “Arab Spring” uprising in 2011. The people of Yemen know her as the “Iron Woman” and “Mother of the Revolution” due to her courage in sticking up for human rights injustices in Yemen.

Razan Ghazzawi is an award winning Syrian blogger, campaigner and human rights activist. She has been actively involved in the events during the Syrian Civil War, and has been particularly outspoken on activists’ arrests and the violations of human rights committed by the Bashar al Assad regime.

Razan, who has been arrested by the Syrian regime several times and is forbidden to leave Syria, was named as an “iconic blogger and leading activist” by The Telegraph as well as awarded the 2012’s Human Rights Defenders at Risk award by the Dublin-based Front Line Defenders foundation.

Moushira Mahmoud Khattab is an Egyptian human rights activist, former politician and diplomat. She has previously held the positions as Minister of Family & Population as well as ambassador to South Africa, the Czech Republic and Slovakia.

Khattab is a renowned human rights activist who speaks up for the rights of children and women in Egypt and the MENA region. Her efforts to advocate human rights have been recognized internationally through numerous awards, including the two highest honors that can be bestowed on any foreign national in South Africa and Italy.

Nawal El Saadawi is an Egyptian feminist writer, human rights activist, physician and psychiatrist. Saadawi has authored many books on the subject of women and Islam and advocates human rights issues involving women. The founder and president of the Arab Women’s Solidarity Association and co-founder of the Arab Association for Human Rights, she has been awarded numerous honorary degrees on three continents.

Women’s rights activist from Saudi Arabia who helped start a groundbreaking women’s right to drive campaign in 2011. An outspoken voice on the rights of women in the Kingdom, she was detained and released on 21 May and rearrested the following day on the conditions of returning for questioning if she were to continue talking to the media about rights for women to drive in Saudi Arabia.

Mirrored from “Your Middle East”