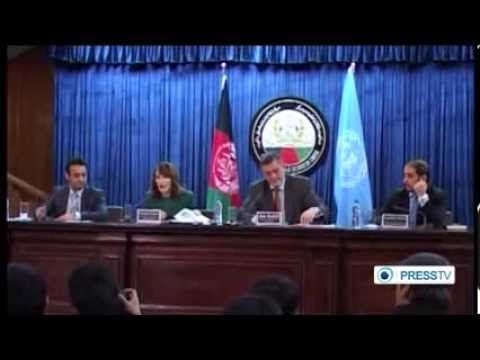 Civilian drone deaths in Afghanistan tripled last year, according to a report by a UN agency. Forty-five civilians died in drone strikes in 2013.

The report, by the United Nations Assistance Mission in Afghanistan (Unama), found that drone strikes accounted for at least a third of all civilian deaths in air strikes last year. Unama notes that it is sometimes difficult to establish which type of aircraft carried out a strike, so the true total could be higher.

The UK and US are the only countries to operate armed drones in the conflict. A December 2012 report by the Bureau found that the two forces had carried out over 1,000 drone strikes in the country in the previous five years. British drones have carried out over a fifth of all these strikes, despite having a much smaller fleet.

Unama identifies 19 separate incidents in which civilians were killed. It raises concerns about ‘possible negligence’ by international troops over a drone strike on September 7 2013 in which local officials immediately claimed civilians had died. The governor of Kunar province, where the attack took place, told Reuters: ‘Four women, four children, two drivers, a merchant and three suspected (insurgents) were killed.’

‘During Unama’s initial meetings with Isaf on the incident Isaf denied the possibility of civilian casualties,’ the report notes. Isaf claimed a senior insurgent had probably been killed and the dead were ‘insurgents’, although it did not identify them.

‘After multiple meetings in which Unama called for a review of the incident, Isaf confirmed two civilian deaths “one female and one child” and “would not rule out the possibility of another woman’s death,’ Unama’s report adds.

Unama conducted over 50 interviews with relatives of victims, community representatives, and Afghan and Isaf officials, and found that the attack killed 10 civilians and seriously injured a four-year-old girl. It notes that Isaf has not published the results of any investigation into the incident or indicated any change in its targeting policies.

Isaf spokesman Lieutenant Colonel Will Griffin told the Bureau that after Isaf investigated, it ‘acknowledged responsibility for at least three civilian casualties’.

He added: ‘Isaf identified a target individual in a vehicle and followed him to an area remote from villages and apparent civilians. In spite of persistent observation, unknown to ISAF there were at least three civilians located in the vehicle with the target. Although ISAF’s engagement was successful against the insurgent target, regrettably the strike resulted in three other casualties. One of these was a four-year-old child, for whom ISAF took responsibility for sending to the US for advanced medical treatment.’

Asked about the disparity between Isaf’s casualty count and Unama’s, he pointed to ‘variance between the sources and methodolgies used by Isaf and Unama to verify information’. He added: ‘We certainly respect the work that Unama does in this regard and agree that any civilian casualty is one too many.’

Unama does not state which force operated the drone. A Los Angeles Times report on the strike, published in December 2013, mentioned discussions with US officials about the strike. Philip Hammond, the British defence minister, wrote in the Guardian in December 2013 that only one attack by a British drone has killed civilians – a March 2011 attack, in which four farmers were killed.

Related story – A changing drone campaign: US covert actions in 2013

The numbers killed in air strikes represented a tiny fraction of the overall violence captured in Unama’s report. After a decline in civilian deaths in 2012, last year they rose again to approach 2011′s record highs. Nearly 3,000 non-combatants were killed, including 1,300 women and children.

Three quarters of the deaths were caused by the Taliban and other insurgents, with improvised explosive devices alone killing almost 1,000 civilians. International air operations represented 2% of all civilian deaths, and declined by 10% compared to 2012.

The rising civilian toll in drone strikes is in stark contrast to the CIA’s operations over the border in Pakistan, where the Bureau has found drones killed a maximum of four civilians in the year’s 27 drone operations. However civilian casualties also rose in US drone operations in Yemen, where at least six civilians were killed in a US military strike that reportedly attacked a wedding procession.

Mirrored from The Bureau of Investigative Journalism
______