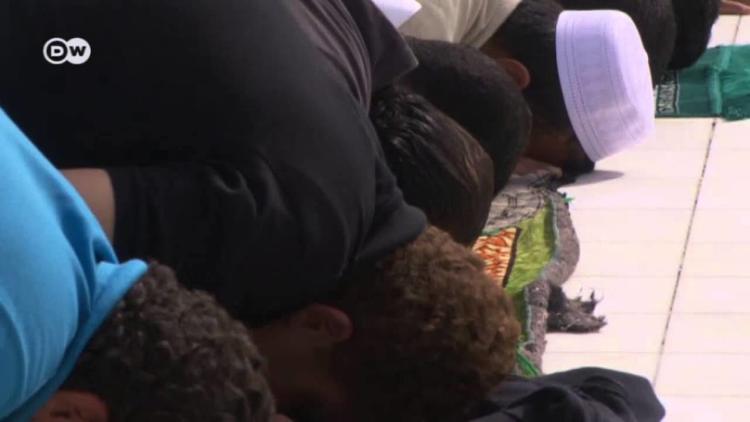 As you prepare for your upcoming trip to Saudi Arabia, we write to urge you to include critical human rights issues in all your discussions with Saudi officials. While the purpose of your visit may be to discuss “ongoing cooperation to advance a range of common interests related to Gulf and regional security, peace in the Middle East, countering violent extremism, and other issues…,” the Arab uprisings, beginning in 2011, have shown that security and human rights are deeply interrelated and cannot be separated from wider conversations.

Thus far, Saudi Arabia has avoided any major protests or uprisings but it has also seen a dramatic crackdown on civil society activists and dissidents, a sweeping campaign to arrest and expel hundreds of thousands of undocumented migrant workers, and has maintained its systematic discrimination against women.  At the same time most social reforms are stalled or blocked and domestic pressures continue to rise.

Accordingly, we urge you to use your visit to address the absence of genuine reform. Positive public and private US interventions on human rights issues would not only be well received by beleaguered activists, but could also empower reformists within the Saudi ruling elite to halt a range of abuses and push through positive reforms. Likewise, vocal US support for independent Saudi activists and peaceful dissidents would raise the stakes of abuses against them and empower them to continue their struggle against government repression.

As part of the ongoing strategic cooperation between the United States and Saudi Arabia, we urge you to make the following recommendations, which clearly illustrate how freedom and opportunity are fundamental elements essential to improve human rights conditions for Saudi men, Saudi women, and migrant workers:

Human Rights Watch documented convictions of eight prominent Saudi human rights defenders in 2013, many of them in unfair trials, as well as authorities’ efforts to silence and intimidate dozens of peaceful dissidents and independent activists with travel bans, smear campaigns, and threats to investigate and prosecute them for peaceful activities. Saudi Arabia has no written penal code, the criminal regulations that exist are broadly and vaguely worded, and judges and prosecutors have criminalized a wide range of offenses under catch-all categories such as "breaking allegiance with the ruler" or "trying to distort the reputation of the kingdom."

One prominent activist, Waleed Abu al-Khair, is on trial before the Specialized Criminal Court, Saudi Arabia's terrorism tribunal, on a host of vague charges such as "breaking allegiance with the ruler" and "making international organizations hostile to the kingdom" for his role in publicizing information on human rights abuses and criticizing government policies. If convicted, he could face up to 10 years in prison. Saudi authorities are also prosecuting al-Khair for hosting a weekly discussion group about prospects for political and social reform in Saudi Arabia.

Another human rights activist, Fadhel al-Manasif, played a leading role in documenting abuses against demonstrators in the Eastern Province in 2011. He organized educational workshops on human rights in Qatif and acted as an interlocutor between the families of detainees and authorities, on several occasions approaching police officials on behalf of families to ask the whereabouts of missing family members. Saudi police detained al-Manasif in October 2011, and the Specialized Criminal Court is currently trying him on charges that include "sowing discord," "inciting public opinion against the state," and "communicating with foreign news agencies to exaggerate news and harm the reputation of the kingdom."

The Saudi Civil and Political Rights Association (ACPRA) faced severe repression in 2013. A Riyadh court in March convicted Abdullah al-Hamid and Mohammed al-Qahtani, ACPRA members and human rights veterans, on charges such as "harming public order" and "setting up an unlicensed organization." The court sentenced them to long prison terms – 11 and 10 years respectively – and long bans on foreign travel after their release. A court in the central town of Buriada convicted and imprisoned ACPRA members Omar al-Saeed and Abd al-Kareem al-Khodr on similar charges.

A US Embassy official attended the trial session of, Fowzan al-Harbi, and another member of the group, who is on trial in Riyadh for charges including, among others,  “participating in calling for and inciting breaking allegiance with the ruler,” “explicit libel of the integrity and religiosity of the Supreme Council of Religious Scholars,” “participating in setting up an unlicensed organization” – namely, ACPRA — “publishing details of his investigation,” and “describing the ruling Saudi regime – unjustly – as a police state”.  US attendance of the trial was widely welcomed by Saudi human rights activists and independent observers as a positive step forward.

Other ACPRA activists remain behind bars based on earlier convictions, including Suleiman al-Rashoodi, serving a 15-year sentence for “breaking allegiance with the ruler,” and Mohammed al-Bajadi, serving a four-year sentence for “participating in setting up an unlicensed association,” “distorting the reputation of the state through the media,” “insulting the independence of the judiciary,” and “calling for  protests and sit-ins.”

Saudi authorities promulgated a new terrorism law on January 31 that has serious flaws including vague and overly broad provisions that allow authorities to criminalize free expression and the creation of excessive police powers without judicial oversight.  Other countries restrict the definition of terrorism to violence intended to force a state to take or refrain from a particular action, but the Saudi law only refers to violence as an element of the crime with regard to attacks carried out against Saudis outside the kingdom or onboard Saudi transportation carriers. Inside the kingdom, “terrorism” can be nonviolent – it comprises “any act” intended to, among other things, “insult the reputation of the state,” “harm public order,” or “shake the stability of society,” which the law fails to clearly define. There is every reason to believe that Saudi authorities will exploit broad provisions of the new law to arrest and prosecute peaceful dissidents along with people suspected of terrorism-related crimes.

Saudi officials continue to refuse to register independent political or human rights groups, leaving members subject to prosecution for “setting up an unregistered organization.” In August, an appeals court upheld the Social Affairs Ministry’s denial of registration to the Eastern Province-based Adala Center for Human Rights. The ministry said it can only license charitable organizations, and that Adala’s activities are not covered under the ministry’s definition of a charity.

Outside of your senior level interventions, the United States can take the following meaningful steps to help end Saudi Arabia’s ongoing repression of peaceful dissidents:

Despite years of criticism, Saudi authorities have not undertaken important reforms to ensure adequate protection of the rights of migrant workers. Over 9 million migrant workers fill manual, clerical, and service jobs in the kingdom, constituting more than half the workforce. Many suffer abuses and exploitation, sometimes amounting to conditions of forced labor or servitude.

The kafala (sponsorship) system ties migrant workers’ residency permits to “sponsoring” employers, whose written consent is required for workers to change employers or exit the country. Some employers illegally confiscate passports, withhold wages, and force migrants to work against their will.

In addition to Saudization, police and labor authorities in early 2013 launched a vigorous campaign to arrest and deport foreign workers found in violation of existing labor laws, targeting workers who did not have valid residency or work permits, or those found working for an employer other than his or her legal sponsor. Authorities halted the campaign in April following King Abdullah’s declaration of a limited “grace period” for workers to correct their status, but resumed it in November. The Saudi Interior Ministry announced in January that over 250,000 migrants had been deported since November.

Saudi officials say that the ongoing labor crackdown against foreign workers, which includes road checkpoints and raids on businesses, is part of Saudi Arabia’s effort to combat high levels of unemployment among Saudi citizens by opening jobs previously filled by undocumented workers.

We believe that the US is in a unique position to make recommendations to Saudi authorities based on its own experience coping with large communities of undocumented migrant workers. We hope you will convey to Saudi labor officials that arrests and deportations are ineffective policies to address an abusive, restrictive labor system that drives migrants to work under the table in violation of labor laws. Rather, Saudi officials should make specific reforms to the labor system that would force Saudi employers to respect the rights of workers – steps that would likely serve to improve conditions and wages.

Specifically, we urge the US to make the following labor recommendations to Saudi officials:

Saudi officials in 2013 made important symbolic women’s rights reforms but did not abolish the discriminatory male guardianship system, under which all girls and women are forbidden from traveling, conducting official business, or undergoing certain medical procedures without permission from their male guardians. Likewise, under un-codified rules on personal status, women are not allowed to marry without the permission of their guardian; unlike men, they do not have unilateral right to divorce and often face discrimination in relation to custody of children.

Saudi Arabia is the only country in the world that bans women from driving. On October 26, 2013, at least 50 Saudi women got behind the wheel throughout the kingdom in defiance of the ban and government intimidation. Police officials said that officers had pulled over at least 18 women driving in various areas of the country, though it is unclear whether any faced fines or other penalties.

In January 2013, King Abdullah appointed 30 women to the Shura Council and amended the council statute to guarantee representation of women. The Ministry of Justice granted the first lawyer-trainee license to a woman in April.

Punishment for domestic violence in Saudi Arabia remained lax, but in August the Council of Ministers issued a new law criminalizing domestic abuse for the first time. Unfortunately, the law does not detail enforcement mechanisms to ensure prompt investigations of abuse allegations or prosecution of those who commit abuses and does not explicitly criminalize marital rape.

We urge you to use the positive momentum for women’s rights reform in the kingdom by pressing Saudi authorities to make systemic changes that end legal discrimination against women, including:

The US can play a crucial role in convincing Saudi Arabia to reform laws and practices to stop these ongoing abuses, and we urge you to do so during your visit. Saudi Arabia has been an important partner to the US in global affairs for many years, but it is also incumbent that you take a critical look at the country’s human rights record and recommend fundamental reforms that would end longstanding violations against Saudi citizens and migrant workers and generate adherence to basic rights.