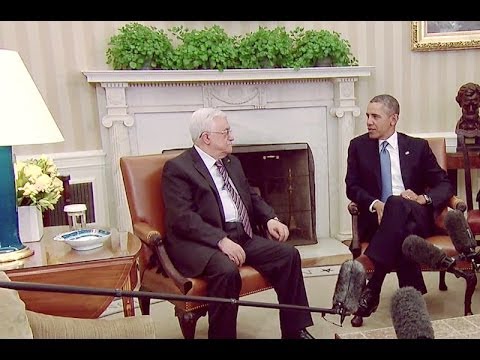 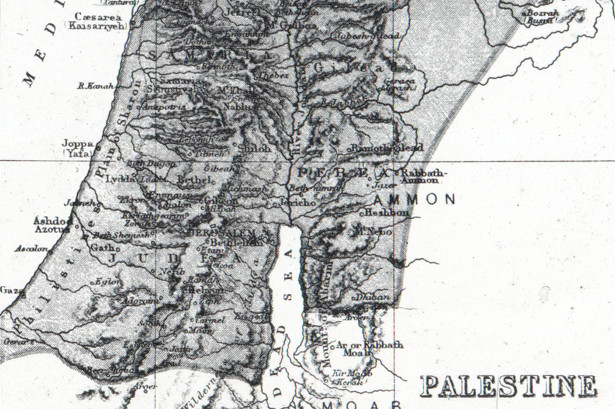 Lior Amihai didn’t grow up knowing the location of the internationally recognized border between his native Israel and the West Bank. “It wasn’t until I was 24, 23, 25-ish when it hit me that I don’t really understand what the Green Line is,” said Amihai, a staffer for the Israeli NGO Peace Now. “It’s not on the road maps. It’s not on the atlases. You just can’t find the Green Line.”

Maps are always political, but in Israel and Palestine, maps can erase identities, or give them back, with particular quickness. Hand-drawn maps deleting neighborhoods or long-held land claims can turn quickly into reality, stealing property from people whose families have owned it for hundreds of years. Maps have won land back too — altering the route of Israel’s wall, returning farmland to its original owners, giving communities their names back. But maps can obscure as much as they can reveal.

It wasn’t until Amihai moved to London that he learned the exact location of his country’s borders. Now his Twitter account describes him as a “Settlement Watch Dog.” His job at Peace Now, running a program called Settlement Watch, involves tracking the creation and growth of Israeli settlements in the West Bank. The organization’s website features the most complete map of settlements, providing even more up-to-date information than the United Nations. Through careful studies of government reports and aerial photos, Peace Now gathers data, and staffers drive through the West Bank to observe settlement growth firsthand.

Peace Now’s interactive settlement map is fascinating and terrifying all at once. Blue dots representing settlements blur together, too many to count. Each one can be clicked on to give further information, and it’s hard to imagine how much work must have gone into creating the map — never mind building the settlements themselves.

In eye-catching yellow and red, the map also shows the huge swaths of the West Bank populated by Palestinians — people who are often left out of the Israeli narrative. Peace Now’s strategy is to make Israelis and internationals understand that these areas are inhabited, in contrast to the Israeli narrative of the region as “a land without people for a people without land.”

Putting the wall in its place

Another Israeli human rights organization, B’Tselem, provides regularly updated maps of Israeli checkpoints, settler violence, road closures and other features of the occupation. Its map of restrictions on Palestinian movement in Hebron is handed out on anti-occupation tours organized by Breaking the Silence, a group made up of former Israeli soldiers.

Media reports almost never discuss the geography of Hebron frankly. Although the population is overwhelmingly Arab, some roads in the old city center are closed to Palestinians, disturbing traffic patterns throughout the city and forcing many locals to endure daily checkpoints. The situation is so shocking, and so rarely spoken of, that simply showing a map of it is an act of resistance. Most people who go on Breaking the Silence tours, mostly liberals from Israel and abroad, have never seen the map before and react with shock to the stark representation of Hebron’s system of open discrimination.

Sarit Michaeli, coordinator of B’Tselem’s mapping project, uses maps not only to help reporters and the public understand the occupation of Palestine, but also as an integral part of legal advocacy. On several occasions, maps have won land for Palestinians in court. This is true in the case of Israel’s so-called separation barrier, known to many Palestinians as the Apartheid wall. Construction on the wall, which began in the early 2000s, does not follow the Green Line, but instead snakes through the West Bank in violation of international law.

“When you’re bringing information to the High Court, and you show them the map and you show them how a certain route [of the separation wall] that was proposed by the government is actually there not because it’s the best security route but because they want to build a big settlement and annex the area, it can be very effective,” Michaeli said.

Bimkom is another Israeli NGO using maps to fight the wall. Alon Cohen-Lifshitz, its director, said that when he first started working at Bimkom over a decade years ago, even the planned route of the wall was unknown.

“We went to the court and they agreed to give it to us,” he said. “Slowly, slowly we understood that there is a strong connection between the route of the barrier and expansion of lands of settlements.” By demonstrating this in court, Bimkom was able to play a role in getting the route of the wall changed. “Since then, we have (amassed) this huge collection of maps, of municipality areas, of plans for settlements.”

Use of new technology for displaying and creating maps has changed the way Bimkom is able to visualize the occupation, giving it more tools with which to fight for the rights of Palestinians. 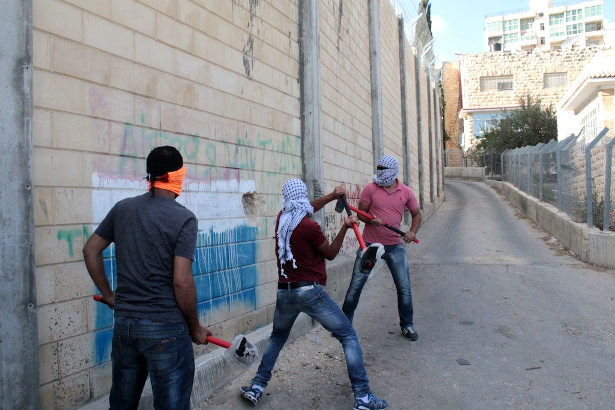 “Geographical Information Systems let you have a lot information which shows the situation on the ground, and you can put layers on one by one,” Cohen-Lifshitz said. “It’s a crucial tool for us to understand what are we fighting against.” By overlaying maps of settlements with ownership records, Bimkom has been able to demonstrate that certain settlements were built entirely on privately owned Palestinian land.

Mapping Palestine isn’t advocacy in a vacuum. It’s a pitched battle with fierce pushback coming from the other side.

On a press tour of “Judea and Samaria” — the name the Isreali government uses for the West Bank — a Government Press Office spokesperson passed out a booklet called “Israel’s Story in Maps.” It featured, among others, a map titled “The Oslo Agreements: Israel No Longer Controls the Arabs,” which showed the areas under nominal Palestinian Authority control, as well as the larger settlement blocks outside Palestinian-controlled areas. By excising the settlements inside Palestinian Authority areas, the map portrays Palestinians as having access to a lot more land than they actually do. The map purposefully hides the actual “facts on the ground” — a phrase the Israeli government is fond of using to justify settlements on the basis that they already exist and cannot be easily removed.

While some Israeli maps exaggerate Palestinian autonomy, others efface it. Even apparently neutral private companies can use maps in ways that entrench the occupation. Waze, for instance, is an Israeli smartphone app (recently acquired by Google) that allows users to choose which road system they want to see — Israeli or Palestinian.

“If you do the Israeli-controlled roads, it’s Israel plus settler roads in the West Bank,” Amihai said. “And that’s highly exclusive. It’s amazing. It’s making it one entity.”

The Israeli government also uses maps as a legal tool to deprive Palestinians of land and rights. The process was explained to me by Cohen-Lifshitz, whose work at Bimkom focuses on the way Israeli planning authorities arrange to take ever-increasing amounts of Palestinian land. The government’s work, of course, begins with a map.

“What they’re doing is taking an aerial photo, in some cases it’s not even updated,” he said. “And they mark an area around the built-up area. Mark a line, a blue line, around the built-up area, and say, ‘This is the plan. This is the area for development.’” With a hand-drawn map on an aerial photo, Israeli authorities determine where Palestinians can and cannot build.

Wiped off the map?

Maps like those produced by the Grassroots al-Quds Network can help people win back their identity.”Our primary goal is to work with the community, to help them build their message to deliver to the international community,” said Elaine Moller, the organization’s director of community assessment and mapping.

The Grassroots al-Quds Network provides Palestinians living in East Jerusalem with tools to create maps of their communities — which are often places left off tourist maps of the area. They use a tool called Open Street Maps to create physical representations of East Jerusalem that reflect the Palestinian presence in the city. Community members can also tag maps with certain sites, such as buildings that have received demolition orders from the Israeli government, in order to mobilize community resistance efforts.

Moller showed me a tourist map that displays the tram that runs through East Jerusalem with Hebraicized names of Palestinian areas — places that have Arabic names dating back centuries. “What you see in maps for Jerusalem is the Palestinian presence wiped off the map,” she said. She pointed out an entire section of Palestinian East Jerusalem portrayed as a simple blob, devoid of roads, houses, or life.

“It’s my goal to get the people who live in that blob to put themselves on the map,” she said.