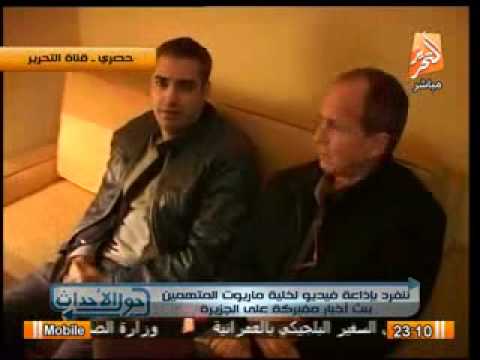 This article will probably annoy you. Telling the truth about Egypt, speaking frankly – not appropriately, or prudently, but just plain honestly ­– is fraught with danger.

Doing so will place me in one of two equally awkward scenarios. One the one hand, I shall be called a traitor to Egypt, a lover of the US, and a terrorist supporting crony of the Muslim Brotherhood, and, on the other, a ‘dictator worshiper,’ frightened victim of the military state.

Neither option is particularly good.

And this is the great dilemma of Egyptians everywhere. There is no middle ground – there are dichotomies, extremes, ‘friends’ and ‘enemies.’

Just watch this YouTube video, filmed by State TV, which shows Al Jazeera English reporters in their Marriott hotel room, described as the ‘Marriott cell of terror,’ and set to the dramatic soundtrack of Thor: The Dark World. The obvious message here is ‘these men are evil.’

Egyptians are confident in their views, and there is no doubt that a significant proportion of them love the military and hate the Muslim Brotherhood.

And yet, Egyptians are ignoring hard truths.

I simply cannot understand how the nation can continue debating policy points and playing an inane game of tennis with the question “Will Sisi run?” (he has, unsurprisingly, confirmed our suspicions) when its military has imprisoned many of the founders of the revolution and made a mockery of that revolution’s most basic principles.

Lets just look at the facts: The military has now imprisoned, tortured and killed innocent and heroic Egyptians whom we should all be supporting, as well as those with whom many have disagreed, those members of the Muslim Brotherhood held captive in prisons or killed on the streets.

“How can we trust a government which cannot handle criticism?

Ahmed Maher helped form the April 6th youth movement, he is a civil engineer lobbying for government transparency, a Nobel peace prize nominee, and he has now been in Torah prison for almost 100 days, on flimsy and questionable charges. He is joined there by Ahmed Douma, an activist and blogger, who has been punished for his boldness by Mubarak, Morsi and Sisi. His latest conviction is punishment for his involvement in the “No Military Trials for Civillians” campaign.

Mohammad Adel, another critic of civilian repression, was arrested during a violent police raid on the Egyptian Centre for Economic and Social Rights. Alaa Abd El Fateh, a secular activist, and the son of a Mathematics professor at Cairo University, has been held in Torah on similar charges. He explains how much he misses his son and daughter in this heart breaking letter to his sisters.

Then there’s Peter Greste, the award-winning journalist who has worked for Reuters, CNN, WTN, the BBC and AL Jazeera. Greste, an Australian and a recipient of the Peabody award for his documentary on Somalia, shares a room for 23 hours a day with two other men, and in his free hour, collects scrap materials with which to play games for mental stimulation. He is denied any reading material.

The police investigator called to the trial, has provided no specifics on how Greste and his colleagues Mohammad Adel Fahmy and Baher Mohamed conspired against or ‘terrorised’ Egypt. Peter Greste’s parents have called the charges absurd.

It’s obvious that Al Jazeera is not particularly popular in Egypt. Al Jazeera Arabic was one of the only press companies to give air-time to Muslim Brotherhood members when public opinion was turning against them. One of the Brotherhood’s leaders who appeared on the channel, Essam Abdel Magid, is wanted on charges of incitement to murder, was involved in the assassination of Anwar Sadat and has made some very ugly comments about Egypt’s Christians.

Yet, for all the criticism levelled against Al Jazeera, I find accusations of the company’s alleged ‘partisanship’ to be a red herring. Assuming, for arguments sake, that journalists currently imprisoned in Egypt are propagandists and liars, changes little about the military’s very questionable conduct. Why was footage of their arrests aired with dramatic and sinister music on State TV before they were brought to court? Why is Greste denied a translator during his trial? Can we trust a military government which deals so unceremoniously and unethically with those who it holds in its own power?

More importantly, how can we trust a government which cannot handle criticism?

That’s the crux of this whole mess. That’s the real issue. I fear that those journalists weren’t arrested because they worked for a network that many Egyptians hate, or because they were ‘sowing discord.’ They, like the activists who have been forced into prison cells and the young people forced out of Tahrir Square, have been silenced because they disagree with the military government’s narrative. They do not speak ‘appropriately’ or ‘usefully,’ they speak frankly.

Egyptian activists speak even when other Egyptians have accused them of stalling and preventing the country’s “progress.” The upcoming elections were brought forward, the opposition was removed, Tahrir Square has often been shut down. “We must move as quickly as possible into the elections” seems to be the public sentiment and the military’s modus operandi.

For proof of the military’s powers, simply ask, when was the last time you heard it criticised on Egyptian Television? Channels like CBC, NileSat and Dream TV are all softly spoken about the institution. Even political satirist Bassem Youssef’s recent mockery of the outlandish claim that the military can cure Aids has been criticised by those who say he is being ‘pessimistic’ or mean spirited.

Now, I’m not sure if this is a call to boycott anyone, but this is a call back to reality. President Sisi and his military are popular with Egyptians. The military constitution offers protections for women and Christians previously unheard of in Mohammad Morsi’s government and perhaps in Egypt at all.

Be that as it may, we are not indebted to anyone. Why should we be so ingratiatingly, pitifully thankful when the military do what Egyptians ask them to? Are they not Egyptians also? And why should we not criticise them when they do wrong by Egyptians? They are our military, and they are there to protect us, after all.

We are all lying to ourselves, or maybe just scared of challenging the enormous power that General Sisi has, if we claim that things are very different in Egypt now.

The same endemic police brutality, media censorship and fear-mongering that plagued us under Mubarak, continues today.

All I ask, is that we talk about it.

Daniel Nour is a journalist with experience in radio, print and TV. He has a degree in Media and Communications from Sydney University and a major in Arabic and Islamic studies. Having written for the Inner West Courier, Switched On Media, the Middle East Times and EgyptianStreets.com, he is a specialist on Egyptian politics and diaspora community issues. He is also a host and producer at Coptic Youth Channel, an Egyptian community channel. His blog: danielnour.wordpress.com