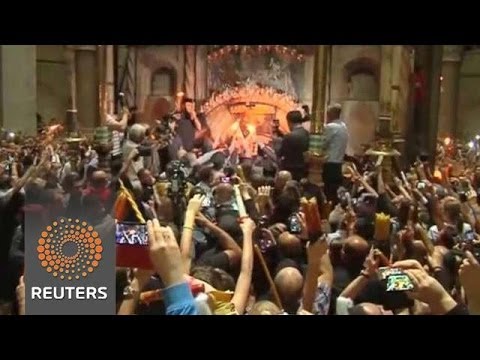 Palestinian Christians in the West Bank say that they have been denied permits to visit Jerusalem in record numbers this year, despite their living just over the green line not far from the holy city.

Hanan Ashrawi, the prominent Palestinian human rights activist, maintained that Palestinians only received 30% to 40% of the permits they requested. She observed,

“There should not even be a question of needing permits to visit one’s own city,” she said: “East Jerusalem is the occupied capital of the Palestinian people and freedom of worship is a basic human right for all of our Christian and Muslim citizens, a right which is being systematically and increasingly denied by a foreign occupying force.”

The Israeli government is denying the vast cutback in permissions granted, but it is difficult to see why the Palestinians would be complaining in such numbers if they were not in fact experiencing added difficulties.

The Arabic press says that the reduction in permits is revenge by Israeli authorities on the Palestinians because Palestinian President Mahmoud Abbas went outside the bilateral framework to sign a raft of United Nations treaties and instruments, including the 1949 Geneva Convention. These steps are preparatory to a Palestinian case being brought against Israel for illegally squatting on Palestinian land, at the International Criminal Court.

The Arabic press alleges that no Christian Palestinians from Gaza were allowed by Israeli authorities to reach Jerusalem this year, [though this appears to be an exaggeration; it is possible that very few permits were given, creating this impression.]

Nevertheless Bishop Younan is quoted by Norwegian journalist Lena Odgaard as saying the Easter remains a powerful symbol of hope for all Palestinians (Muslim Palestinians also believe in Jesus, as a prophet, and tend to claim him as a Palestinian). “This day can be long and dark, and give us hopelessness as the peace process is not moving. But Easter gives me hope that no oppression or injustice will last…”