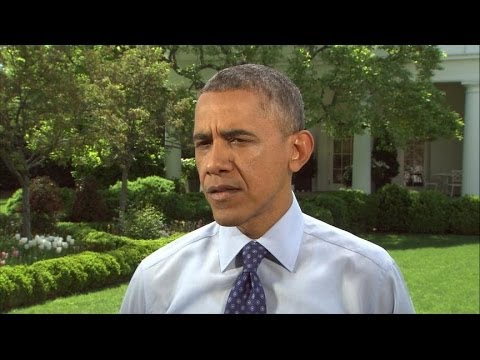 (David Victor via The Stanley Foundation)

As the world heads toward a new round of climate talks in 2015, the moment is ripe for concerted, collective action to surmount years of international procrastination.

In an interview with the Stanley Foundation, David Victor—the author of the book Global Warming Gridlock about why there hasn't been much diplomatic progress on climate change—talked about his thoughts on the future of the negotiations and what the world needs to do.

TSF: What policies can do the most to deal with climate change? Are the politics right for them?

David Victor: It’s going to be a long road. The politics come and the politics go. I’m seeing more flexibility and interest in that right now but nothing radically different. What we’re going to need at the global level is a series of agreements that get countries to make conditional promises with each other.

Those promises could start with a handful of larges countries and then eventually spread out. The reason conditional promises are so important is that climate change is a true collective action problem. So the extent to which countries are willing to do something depends on what they believe other countries are going to do.

And this is not unique to climate change. We’ve seen this all the time in other areas like international trade. The way the most effective international trade agreements have evolved has been just that, a series of unilateral or semiunilateral initiatives, initially by big countries, stitched together and eventually they spread out.

TSF: How is the United States positioned in international climate change diplomacy?

Victor: The United States is in a mixed position. On the one hand, the US has been one of the leading advocates for new ideas in structuring the international climate negotiations—like new kinds of categories of countries and new more flexible mechanisms. On the other hand, the US is in a very difficult position. The political gridlock inside the country means that it’s very hard for the United States to make credible promises to other countries about what it’s going to do.

TSF: What kind of approach can we expect from the United States going forward?

Victor: The United States is going to control emissions to the extent that it can, and with administrative actions and no new legislation, it can do a little bit on that front, but not much. But it can’t go and promise to other countries: “Here’s a large set of resources if you start to control your emissions or if you, China, make a big cut in your emissions, we, the United States, will do something similar because politically, that’s not feasible here at home.” That’s the biggest challenge that the United States has in playing a true leadership role.

TSF: The United Nations Intergovernmental Panel on Climate Change (IPCC) released two major reports a few weeks ago and one last year. What do they say about the state of climate change today?

Victor: When you look across the three reports, it’s a pretty bleak picture. The problem is getting worse. We know that we are at fault. The polices are feasible to adopt and many countries have been adopting policies, but the overall effect of those policies so far on emissions has been minimal, if nonexistent.

TSF: What impact have we seen from the work of the IPCC?

Victor: One impact of the IPCC reports has been to offer in one place a consensus view of the scientific community. It’s a conservative view, which is intrinsic to any consensus document, but it’s a consensus and it’s a consensus that governments themselves approve. It’s increasingly difficult for people to argue that the science here is somehow flimsy. It doesn’t mean that people aren’t going to do it, but I would say the main impact of the IPCC has been to create a unified consensus perspective on, at least, what the sources and the consequences of this might be.

David G. Victor is a professor of international relations and director of the Laboratory on International Law and Regulation at UC San Diego. His research focuses on highly regulated industries, such as electric power, and how regulation affects the operation of major energy markets. He is author of “Global Warming Gridlock,” which explains why the world hasn’t made much diplomatic progress on the problem of climate change while also exploring new strategies that would be more effective. The book was recognized by The Economist as one of the best books of 2011.

Mirrored from The Stanley Foundation: “The Future of Climate Change”