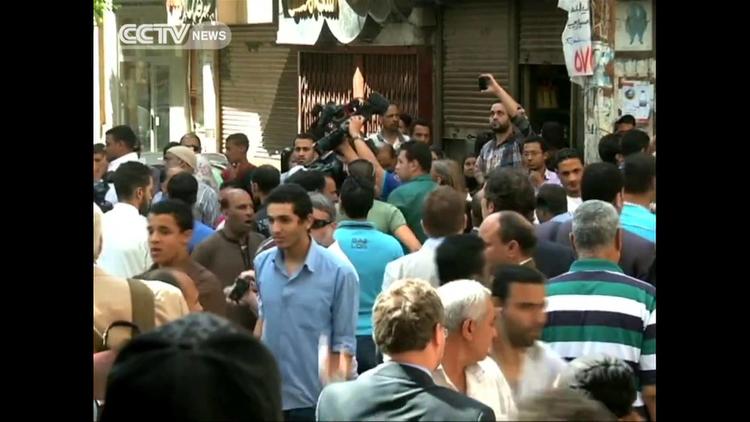 A single judge in a single court in Egypt has sentenced more people to death this year than the total number of people who were executed last year in the rest of the world combined, with the exception of China. In 2013, at least 778 people were killed as a result of capital punishment laws. This figure does not include China, which does not release information on the number of people it executes.

The tally of top executioners for 2013 runs as follows: Iran put to death at least 369 people, Iraq 169, Saudi Arabia 79, and the United States 39. So far this year, 1,212 Egyptians have been sentenced to death. And that was only as of April.

These mass death sentences defy logic. They defy international human rights law — to which Egypt is a party. They even defy language. They are so unprecedented there is not even a legal term to describe them. Lacking proper legal terminology, journalists and human rights organizations have referred to them as “mass death sentences.” Sen. Patrick Leahy (D-Vt.) refused to sign off on additional U.S. military aid to Egypt last week, denouncing the verdict as a “sham trial.” But these court verdicts essentially amount to political executions. Criminal trials are by definition about individuals. And each of the defendants should have been tried individually, not by the hundreds.

In March, Judge Saed Youssef held court in a heavily guarded government building in Minya. He sentenced 529 people to their death, all of them supporters of ousted President Mohamed Morsi. His verdict sparked an international outcry. But that didn’t seem to matter.

Last week, he sentenced another 682 to death, including the Supreme Guide of the Muslim Brotherhood, Mohamed Badie. He did, however, commute to life sentences 492 of the 529 who he had previously sentenced to death, perhaps under pressure from Egypt’s Grand Mufti. It is possible that his second mass death sentence will be overturned or commuted. But regardless, the effects of the verdict are chilling. And the timing is important.

In less than a month, on May 26-27, Field Marshall Abdel Fattah el-Sisi will be installed as president of Egypt, and it will be called an election. Some speculate that Sisi may pardon the accused once he is president, in order to appear all the more benevolent. This is what optimists believe.

What pessimists believe is several degrees darker. Galal Amer, one of Egypt’s great satirical writers, died on February 12, 2012 — exactly one year and one day after the fall of former President Hosni Mubarak. Already skeptical of the revolution’s accomplishments, and channeling a more ominous version of the Brechtian dictum about the government dissolving the people, he asked: Have the people gotten rid of the regime, or is it the regime that is getting rid of the people?

Back then, military tribunals of civilians had become commonplace, but the civilian court system was still generally held in high regard as one of the more independent state institutions.

By partially suspending military aid, but not publicly referring to the ouster of Morsi as a “coup,” the Obama administration is apparently trying to send a two-pronged message to Egypt: We want to maintain a relationship, but we care about human rights. In issuing death warrants on an industrial scale, this Egyptian court is also sending a two-pronged message. To the Muslim Brotherhood: We’ll kill you all. To the world: We don’t care what you think.

Amy Austin Holmes is a postdoctoral fellow at Brown University’s Watson Institute for International Studies and an assistant professor of sociology at the American University in Cairo, where she has taught since 2008. On Twitter: @AmyAustinHolmes.

Mirrored with the author’s permission from Providence Journal