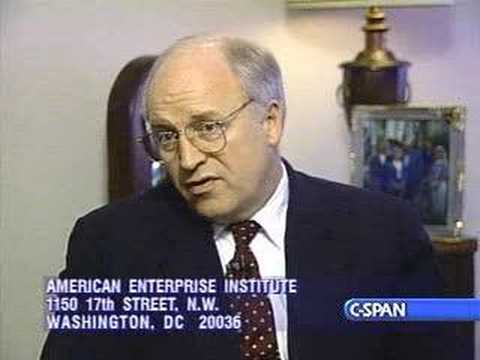 “Because if we had gone to Baghdad we would have been all alone. There wouldn’t have been anybody else with us. It would have been a U.S. occupation of Iraq. None of the Arab forces that were willing to fight with us in Kuwait were willing to invade Iraq. Once you got to Iraq and took it over and took down Saddam Hussein’s government, then what are you going to put in its place? That’s a very volatile part of the world. Part of it the Syrians would like to have, the west. Part of eastern Iraq the Iranians would like to claim. Fought over for eight years. In the north, you’ve got the Kurds. And if the Kurds spin loose and join with Kurds in Turkey, then you threaten the territorial integrity of Turkey. It’s a quagmire if you go that far and try to take over Iraq.”