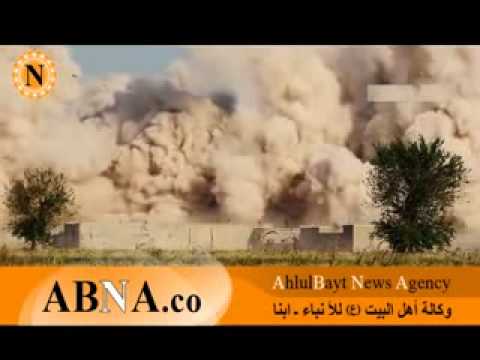 Prominent Sunni Muslim politician, Atheel al-Nujaifi, who is also the governor of Ninawa province in-exile, talks about why he fled the city when Sunni Muslim extremists attacked. He also explains why the solution for the current Iraqi crisis must come from within the Sunni Muslim population, and why having the Iraqi PM resign won’t solve all the country’s problems.

The governor-in-exile of Ninawa province, the northern region first brought under the control of Sunni Muslim extremists over three weeks ago, talks about why he left the city while it was under attack and how Baghdad refused to let Iraqi Kurdish military come to the city’s aid.

As a prominent Sunni Muslim politician, governor Atheel al-Nujaifi also presents his solutions to the current problem. He believes Iraq’s Sunni know that the Sunni Muslim extremists of the Islamic State, or IS, group are dangerous but that, given the current state of heightened sectarian tensions, they are seeing the group as their protectors, rather than their enemies. If this opinion could be changed, he says, then it should be easy to get rid of the militants from Mosul and other parts of the province.

NIQASH: Can you tell us how the provincial government you once headed in Ninawa is currently operating?

Atheel al-Nujaifi: There are still 14 administrative units which belong to the province of Ninawa and which are not controlled by the IS group. And the provincial government is now based in one of these areas, Qosh. We are holding our council meetings there. And with regard to the provincial council’s service-related departments, we have asked that services – such as water, electricity and health services – continue to be provided. We have opened new offices for these departments outside of Mosul.

Because the IS group doesn’t seem to have a vision for, or system for, managing facilities like this, and given that it cannot pay the salaries of state employees, many of the employees are still communicating with us.

NIQASH: Let us go back several weeks. There have been letters published that were between yourself and security forces in Baghdad; these seem to indicate that Baghdad refused to allow the Iraqi Kurdish military, next door to Ninawa, to help as the IS group attacked the city of Mosul. Could you talk us through this?

Al-Nujaifi: It is true. In the beginning of this conflict, Baghdad refused the help of the Iraqi Kurdish military. The Iraqi Kurdish even mobilized special units on the outskirts of the city, ready to help. But Baghdad wouldn’t agree to let them enter the city until two hours before the city actually fell to the IS fighters. By then, it was obvious that nobody would be able to do anything.

It is also true that Iraqi Kurdish forces requested direct contact between al-Maliki and [the President of the Iraqi Kurdish region Massoud] Barzani.

NIQASH: There have also been media reports that were critical of your behaviour during this time; they said you left Mosul four hours before the city fell. In the city of Samarra, the governor of Tikrit stayed and didn’t leave until after the city fell to the Sunni Muslim extremists.

Al-Nujaifi: Actually I was the last official to leave Mosul. One side of the city had been taken over already and when the other side looked to be endangered, I left at dawn. I went to several different areas in the hopes that we could make our new headquarters there, including Hamadaniya, east of Mosul, and Tal Kaif, north of Mosul.

NIQASH: At one stage you said that Iraq’s Sunnis wouldn’t fight against the IS group, if they had to do it under a Shiite Muslim banner. So what are your thoughts on ordinary Sunni Muslims’ support for the Sunni Muslim extremist group, IS? Is it wrong to support them? And if so, then who should they support?

Al-Nujaifi: Iraq’s Sunni Muslims know that the IS group is their enemy. They know that this group is destructive for all Sunnis and that, no matter what they do, associations with this group will lead to them being rejected on an international level.

However because of the sectarian tensions that have gripped the country recently, people have stopped thinking about this. They no longer care about others.

And that is why we need some sort of Sunni Muslim-created project to oppose the IS group. It needs an intellectual and ideological backbone as well as military power.

Iraq’s Sunnis knows that their religion is a rational one, that it is tolerant and seeks to promote harmony between all people. So they know that the IS group’s doctrine goes against that. But because of the Shiite Muslim banners fluttering over Shiite Muslim fighters, the whole thing has become a Sunni-Shiite conflict. Which ultimately strengthens the IS group. The extremist IS fighters are then seen as the protectors of Iraq’s Sunni Muslims against Iraq’s extremist Shiite Muslim militias.

NIQASH: What do Iraq’s Sunni Muslims want, in your opinion? Their own separate region, a semi-autonomous state like Iraqi Kurdistan or even a whole new, independent country? And if they achieve any of the above, how will they cope economically?

Al-Nujaifi: The Sunnis now are more inclined to demand their own semi-autonomous region. And there are two major aims associated with that – firstly the aim of being allowed to administer their own region and their own people, as well as to protect themselves against external aggressors. And secondly, the aim of playing an active and key role in national decision-making.

Iraq’s Sunnis are still committed to a unified Iraq. But they want an Iraq in which they have some decision-making power.

In terms of the economics of something like this, the province of Ninawa is rich in oil and sulphur and it has 45 percent of the country’s fertile agricultural land. In fact, it’s known as the breadbasket of Iraq. Ninawa also has a lot of important archaeological and religious sites so it has tourism potential as well as being a major location for international transport routes. And the people of Ninawa have the skills that qualify their province as a major commercial centre.

NIQASH: Do you think that if Prime Minister Nouri al-Maliki steps down, that all Iraq’s problems will be solved?

Al-Nujaifi: If al-Maliki goes, then there is more potential for political dialogue and political solutions, many of which have gone no further because of the impasse the Prime Minister has basically created and because of every other party’s lack of confidence in him. We are convinced that al-Maliki’s resignation wouldn’t put an end to the country’s problems – but it would allow what is now a bloody and sectarian conflict to become more about political dialogue and political pressure. I believe that is very important.

NIQASH: How do you think this crisis in Mosul will end?

Al-Nujaifi: In order to end this, we need to bring the Sunni forces inside the city together – they’re made up of a number of different resistance organizations. We need to isolate them from the IS group, then we need to give them a role in the city’s political life so that they want to cooperate and to help restore security and stability in Mosul.

We also need to establish a security system in Mosul that is acceptable to the people of the city and that does not make them feel as though they are being targeted by military groups with a sectarian bias – that was something that was happening before the fall of the city.

It’s fair to say we would establish those new security forces using only people from within the Ninawa province. Our problem isn’t getting rid of the IS group. That wouldn’t be a difficult task. Our problem is how to keep the place secure and stable after they are gone.