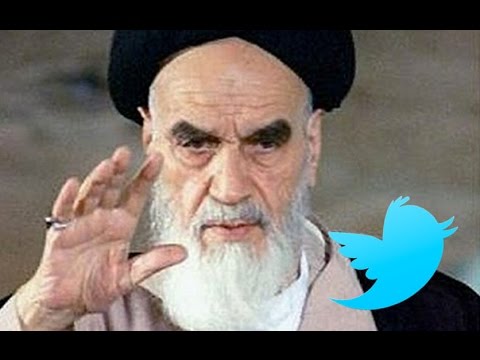 The unrest in the U.S. state of Missouri sparked by the fatal police shooting of a black teenager is being played up by Iranian hardliners, with several lawmakers calling on the Foreign Ministry to react and highlight what they describe as blatant human rights abuses in the United States.

The August 9 shooting in Ferguson, a suburb of St Louis, has sparked days of sometimes violent protests that have been further fueled by what critics have called a heavy-handed response by authorities.

“The Foreign Ministry should ask Americans about how they allow themselves to treat their people, especially blacks, in such a manner while magnifying other countries’ problems,” Esmail Kowsari, a senior member of the Iranian parliament’s national security committee, was quoted as saying in an interview with the hard-line Fars news agency.

Without elaborating, Kowsari said the United States portrays the tiniest problems in other countries, particularly Iran, as a major issue. Kowsari said it is the duty of the Foreign Ministry to pursue the issue “strongly.”

Iranian officials dismiss the criticism as interference in their country’s internal affairs.

Lawmaker Hamidreza Tabatabayi said it is “necessary” for the Foreign Ministry to react to the unrest and to take a stance against human rights abuses in the United States.

“The United States claims to be the leader of the world and [defender] of human rights, but it shoots protesters on its own territory,” Tabatabayi told Fars, while adding that Tehran shouldn’t remain “passive” over events in Ferguson.

Police have fired rubber bullets, tear gas, and stun grenades during some of the clashes in Ferguson that followed the shooting death of 18-year-old Michael Brown by a white police officer. But they say they have not used gunfire against demonstrators and that two people who were shot on August 18 were wounded by protesters’ gunfire.

Fars interviewed several other lawmakers including Ebrahim Nekou, who expressed hope that the Foreign Ministry would have a “suitable” reaction as soon as possible.

“The Foreign Ministry and Iran’s diplomacy apparatus should take clear stances in support of the protesters in Ferguson and condemn the police crackdown on demonstrators and the crimes of America’s rulers,” Nekou said.

Nekou was also quoted by Fars as saying that Tehran should not lag behind other countries in condemning abuses in Ferguson.

Another lawmaker, Mansour Haghighatpour, suggested that parliament take a stance instead of the Foreign Ministry.

“As a defender of the protesters in Ferguson, we can issue a statement and condemn the racist actions by the police.”

Haghighatpour also spoke to Fars, said to be affiliated with the Revolutionary Guards Force (IRGC), which through its interviews with lawmakers appeared to be attempting to pressure the government of President Hassan Rohani into reacting to the events in Ferguson.

In recent days, the violence and protests in Ferguson have featured among Fars’ top stories.

Fars also carried a commentary– picked up by several other hard-line websites and blogs — that pondered how the State Department might respond if a Ferguson-type scenario had happened in Iran.

“Without any doubt foreign media would have pursued news blackmail [i.e. excessive coverage of the story in order to pressure Tehran] as if there had been a mass killing. The State Department would have tried hard to adopt a human rights resolution against our country,” Fars wrote, while expressing regret over the lack of action by Iran’s Foreign Ministry.

Fars also said that U.S. support for the so called “seditionists” — meaning protesters who took part in 2009 antigovernment demonstrations in Tehran and other cities — was a “clear example” of interference in Iran’s internal affairs, adding that no one had forgotten about it.

The calls on Iran’s Foreign Ministry come as Foreign Minister Javad Zarif leads a team negotiating with the United States and other world powers in a bid to reach a deal ending the long-running standoff over Tehran’s disputed nuclear program. The talks have been criticized by hard-liners who have claimed that Tehran is making too many concessions. They’ve also said that the United States cannot be trusted.

Ferguson has featured prominently in conservative media, including the Tasnim news agency, mashreghnews.ir, state television, and the ultra-hard-line daily “Kayhan.”

The unrest has also been covered by the website of Iran’s paramilitary Basij force, which is accused of attacking peaceful protesters who took to the streets in 2009 following a disputed presidential election.

Even Supreme Leader Ali Khamenei has weighed in.

Over the weekend, a Twitter account believed to be maintained by Khamenei’s media team blasted the United States over the events in Ferguson in a series of tweets.

Today like previous years, African-Americans are still under pressure, oppressed and subjected to discrimination. #Ferguson

Today like previous years, African-Americans are still under pressure, oppressed and subjected to discrimination. #Ferguson

The Young Turks: “”US Is The Biggest Violator Of #HumanRights #Ferguson” Tweets Iran’s Supreme Leader”