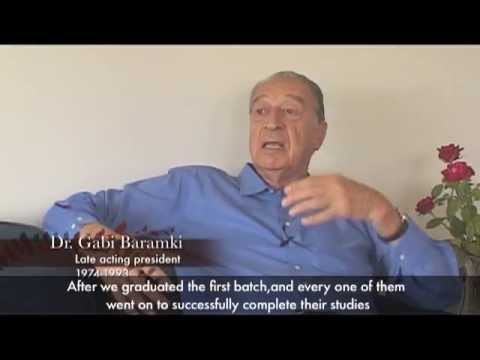 By Aimee Shalan and Samer Abdelnour

This policy brief is authored by Aimee Shalan and Samer Abdelnour. Aimee Shalan is the director of the Friends of Birzeit University, a UK-based charity that supports the right to education and its role in the wider development of Palestinian society, and Samer Abdelnour is an assistant professor at the Rotterdam School of Management.

All eyes are on the terrible toll of dead and injured and the extensive destruction — as well as the dire humanitarian situation of the population under siege in Gaza.

But less attention is being paid to the longer-term damage caused by the current Israeli crackdown throughout the occupied Palestinian Territory that is having far-reaching and detrimental consequences for the development of Palestinian society as a whole.

Israeli attacks on Palestinian universities and other educational institutions are a case in point. They have greatly increased since the military crackdown began in June. The already scant and biased Western media coverage of this crackdown, however, has meant that these attacks, which have also targeted students and faculty, have gone largely unreported with little effort to hold Israel accountable for its violations of Palestinians’ right to education.

The Palestinian Education Ministry condemned Israel’s repeated bombing of educational institutions after 10 schools sustained damage during air raids on Gaza in June. Weeks later, the United Nations reported 90 schools damaged and in need of repairs due to the bombardment. A technical college was also one of the many civilian institutions targeted in Gaza by the Israeli military, despite international appeals for a cease-fire.

By the end of July over 95 schools in Gaza were being used as shelters for the nearly 190,000 of 215,000 people that had been displaced from their homes. The UN also reported that at least 194,000 children were in need of direct, specialized psychosocial support because their families had experienced death, injury, or the loss of their home over the past four weeks.

The trauma of Israel’s current offensive on so many young lives in Gaza will continue long after any cease-fire and is likely to have a severe impact on their education.

While some may argue that the wider repercussions of Israel’s actions are not intentional, education is by no means an incidental casualty of Israeli policies and practices. In a single week earlier this summer, the Israeli army raided the campuses of five institutions of higher education, including Birzeit University near Ramallah, the Arab American University in Jenin, Al-Quds University in East Jerusalem, and the Polytechnic University of Palestine in Hebron.

The Israeli army also raided and subsequently used the Palestine Ahliya University as a holding ground for detainees arrested during a separate raid of Duheisha Refugee Camp near Bethlehem. In the course of these raids, heavily armed Israeli soldiers attacked and arrested students, detained university guards, destroyed university property and equipment, and confiscated student organization materials.

These blatant attacks and abuses are the most recent manifestation of what has been an ongoing Israeli policy to target and repress Palestinian education under the country’s military occupation. Israeli restrictions on freedom of movement have for decades seriously hindered the ability of students to attend their schools and universities as have repeated closures of educational institutions.

At the same time, Israeli authorities also deny entry to visiting professors interested in teaching in the oPt. Teachers, students, and other personnel in the West Bank regularly report harassment, intimidation, and violence perpetrated by Israeli settlers and soldiers.

Willing partners of this sustained assault have been no other than Israeli educational institutions themselves, through indisputable linkages with the Israeli military and the silence or even proactive collusion of Israeli academia. To give but one example, Tel Aviv University, which is built on the ethnically cleansed Palestinian village of Shaykh Muwannis, is heavily involved with the advancement of Israeli military technology and tactics, as well as projects that enable the continued dispossession and displacement of Palestinians.

Attacks on universities are often justified through their depiction as hotbeds for inciting hostility against Israel and as spaces for creating a culture of hate. This belief, which undergirds Israeli policy, is not only discriminatory; it is inaccurate and misguided. Palestinian universities have since their foundation been spaces for political expression, organization, and debate, precisely what a future Palestinian state needs to foster the development of its leaders in diverse spheres.

The Consequences of Criminalizing the Pursuit of Education

Israel’s conceptualization of universities as locations of resistance was the logic behind the closure of all Palestinian higher education institutions for almost five years during the 1st Intifada, between 1988 and 1992. During that time, students and lecturers were not allowed to attend classes, browse libraries, or work in labs.

Palestinian teachers refused to accept this criminalization of education and continued to hold “underground” classes in homes, offices, community centers, mosques, and churches. As a result, many of them were arrested simply for their pursuit of education.

Arrests for the pursuit of education have continued to the present day. Hundreds of university students have been subjected to arbitrary arrest and imprisonment in recent years, while Palestinian academics have also continued to be detained without justification, as detailed in a 2014 report from the Global Coalition to Protect Education from Attack.

The report highlighted the case of a 20-year-old university student from Tulkarem who was detained based on the claim that his graduate research project to construct a pilotless plane posed a threat to Israel’s national security. It seems that innovation and intelligence cannot be countenanced if they are Palestinian.

In the wake of Israel’s Operation Cast Lead in 2009 in Gaza, the GCPEA report also noted that the Israeli military had damaged during the course of its bombings 280 out of 641 schools and destroyed a further 18. In the same operation, 14 of the 15 higher education institutions were damaged, with six targeted directly.

The Palestinian right to education is also systematically restricted for Palestinians in detention. It is estimated that 8,000 Palestinian school children have been detained since 2000. Not only do they have limited access to education in prison, but they are also traumatized by the abuses they undergo during imprisonment.

Furthermore, when their access to education is not denied due to “security considerations,” Palestinian children are told what classes they can take – including mathematics, Arabic, and world history — and what classes they cannot take, such as economics, current events, and the sciences.

The long-term effects of these accumulated violations are manifold. Academic achievement at school level has plummeted in recent years due to the persistent insecurity and hardship caused by Israel’s protracted occupation and military attacks. The increasing isolation of Palestinian universities, due to movement restrictions, is also having a detrimental impact on the development of Palestinian higher education as a whole. And this, in turn, is leading to “brain drain,” especially at the post-graduate level, as those students who are financially able to do so opt to study abroad.

Reaffirming the Right to Education

Though rarely top of the list when populations are being terrorized, the protection of Palestinian educational institutions during these times in particular should not be forgotten. It is essential that violence directed against them and those they serve be highlighted as an explicit attack against intellectual freedom as well as against the development of the Palestinian capacity for self-determination. Such attacks seek to punish the very youth who will inherit the struggle to ensure the survival of Palestinian institutions, society, and culture.

The Right to Education Campaign offers a ready partner for action to uphold this basic human right, as does the Palestinian Campaign for the Cultural and Academic Boycott of Israel. Both have positioned themselves to act in support of Palestinian education, students, and educators by raising awareness, facilitating partnerships, and helping to pressure Israel to adhere to its legal obligations to end attacks on civilian infrastructure and to allow unimpeded access for all Palestinians to their educational institutions.

The resilience of universities under such conditions is testament to the importance of education as an avenue of hope that embodies the future aspirations of the Palestinian people. Attacks against Palestinian education must not be allowed to continue with impunity, and access to spaces of free thought and learning must be guaranteed. If an end to the occupation is to ever be realized, educational institutions must be treated as the sanctuaries of thought and learning that they are.