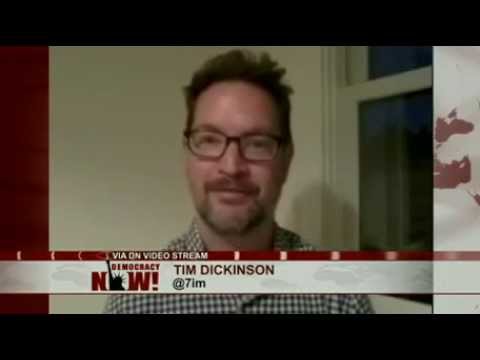 By Naveena Sadasivam via ProPublica

A ProPublica review of U.S. Department of Labor investigations shows that oil and gas workers 2013 men and women often performing high-risk jobs 2013 are routinely being underpaid, and the companies hiring them often are using accounting techniques to deny workers benefits such as medical leave or unemployment insurance.

The DOL investigations have centered on what is known as worker “misclassification,” an accounting gambit whereby companies treat full time employees as independent contractors paid hourly wages, and then fail to make good on their obligations. The technique, investigators and experts say, has become ever more common as small companies seek to gain contracts in an intensely competitive market by holding labor costs down.

In the complex, rapidly expanding oil and gas industry, much of the day to day work done on oil rigs and gas wells is sub-contracted out to smaller companies. For instance, on one gas rig alone, the operator might hire one company to construct the well pad, another to drill the well, a third company to provide hydraulic fracking services and yet another to truck water and chemicals for disposal.

But for the thousands of workers in the hundreds of different companies, a single standard is supposed to apply: by law, they must be paid more than minimum wage and they must be fairly compensated for any overtime accrued.

In 2012, the DOL began a special enforcement initiative in its Northeast and Southwest regional offices targeting the fracking industry and its supporting industries. As of August this year, the agency has conducted 435 investigations resulting in over $13 million in back wages found due for more than 9,100 workers. ProPublica obtained data for 350 of those cases from the agency. In over a fifth of the investigations, companies in violation paid more than $10,000 in back wages.

One of those companies was Morco Geological Services, a company providing mud logging services for other oil and gas drilling companies. In 2013, the DOL found that Morco was paying some workers $75 daily for working virtually round-the-clock shifts. The company eventually agreed to pay $595,737 in back wages to 121 workers following the DOL’s investigation. In another significant case, Hutco, a company providing labor services to the oil and gas industry, ended up paying $1.9 million to 2,267 employees assigned to work in Louisiana, Mississippi and Texas.

“The problem of misclassification has become pervasive,” said Dr. David Weil, a former economics professor at Boston University who today heads the DOL’s Wage and Hour Division.  “Employers are looking for opportunities in a changing business landscape at the employee’s expenses to cut corners as much as possible, leaving room for wage and hour violations.”

Over the last decade, the oil and gas industry has seen tremendous growth. Between 2007 and 2012, when average employment in all U.S. industries fell by 2.7 percent, employment in the oil and gas industry increased by over 30 percent. According to research conducted by Annette Bernhardt, a scholar on low-wage work, 84 percent of workers in the oil, gas and mining industry were employed by contractors in 2012.

At the same time, the industry has also seen an increase in fatalities and injuries on the job. There is, so far, no evidence to suggest that these accidents are a result of inadequate training or overworked laborers. But accounts from other industries that heavily outsource work suggest those risks could be present.

For example, a 2012 investigation by ProPublica and PBS Frontline showed that cell phone carriers often contract out the dangerous job of climbing towers to smaller firms, which don’t provide the necessary training and equipment to climbers. As a result, the death rate was 10 times higher among cell tower climbers than other construction workers.

Between December 2009 and November 2011, Troy Bearden worked on gas rigs in Pennsylvania and Colorado for Precision Air Drilling Services, a company that provides labor services for oil and gas exploration around the country. During that time period, Bearden worked an average of 12 hours a day, seven days a week, unloading and hooking up drilling equipment and maintaining it during operation.

Bearden was a full time employee of Precision Air Drilling, but the company classified him as exempt from the federal overtime statute, the Fair Labor Standards Act, and did not pay him time and a half for his overtime hours.

In 2011, Bearden and other workers filed a class action lawsuit against the company. Precision Air Drilling settled for $500,000.

“We know that the oil and gas industry has a reputation of paying high wages, but the economic reality often is they receive large paychecks because of the number of hours they’re putting in,” said Betty Campbell, the Deputy Regional Administrator for the Wage and Hour Division’s Southwest Region.

Labor lawyers specializing in wage disputes say the governing law 2013 the Fair Labor Standards Act 2013 is not easy to understand, interpret and comply with. As a result, they say employers can be unintentionally violating wage laws. But several investigations by the DOL show there are companies willfully dodging their responsibilities. The violations 2013 accidental or intentional 2013 are being committed by companies large and small, lawyers and labor officials say.

“You would think that some of the larger companies would be better in terms of compliance, what we’re seeing is these violations are really rampant in this industry and affect all sizes of companies,” said Shanon Carson, a lawyer with Philadelphia-based Berger & Montague, who has represented several oil and gas workers, including Bearden, in class action lawsuits.

The oil and gas industry is hardly the only industry to be afflicted with wage abuses. A recent investigation by McClatchy found that misclassification of workers was especially rampant in the construction industry, where companies flouted labor laws to evade taxes.

In the last few years the DOL has been cracking down on companies in several industries including construction, healthcare and hospitality. In recent years the Wage and Hour Division has had its funding increased by millions of dollars and upped its number of investigators by 300.

“Anecdotally, I think the trend is similar if not more in the oil and gas industry simply because since the downturn in 2008 they’ve continued to grow and continued to expand and hire,” said Steve Shardonofsky, a lawyer with Seyfarth and Shaw, a Chicago law firm that typically represents the industry.

Yet, worker rights groups and some lawyers believe there are likely thousands of mistreated workers unaware of protections under wage laws, partly because oil and gas activity primarily takes place in rural areas.

“Oil field workers are traditionally non-union. They’re isolated in man camps and on their sites and it’s hard [for union organizers] to get to them,” said Alex Lotorto, union delegate for Industrial Workers of the World.

If you’re an oil and gas worker and your employer pays you a day rate, classifies you as an “independent contractor” or violates wage laws in other ways, help our reporting by writing in with your story to naveena@propublica.org.