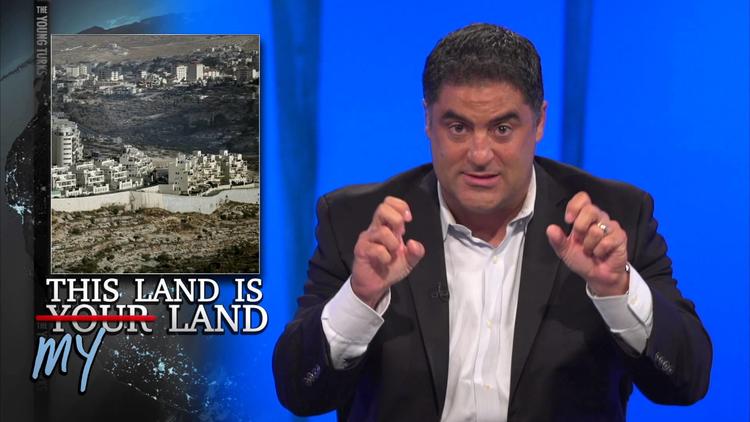 (Jerusalem) – Israel should immediately reverse its illegal appropriation of a large swath of land in the occupied West Bank south of Jerusalem, Human Rights Watch said today. The appropriation, announced on September 1, 2014, paves the way for substantial settlement construction near the West Bank town of Bethlehem. Transferring civilian settlers into occupied territory would amount to a war crime.

The September 1 announcement follows other recent Israeli plans relating to settlements in the occupied Palestinian territory, including the award of tenders to build 708 new housing units in another settlement near Jerusalem, and plans to force thousands of Palestinian Bedouin residents out of areas zoned for settlement expansion, which violate international law. Since January, Israeli authorities have announced plans to build more than 8,000 settlement housing units.

The ICC statute prohibits, as war crimes, the voluntary transfer by an occupying power of its civilians into occupied territory, the seizure of property unless imperative as a matter of military necessity, and the forcible transfer of the local population of the territory – like Israel’s practices in the West Bank. Abbas has repeatedly delayed acceding to the ICC statute.

On September 1, the Israeli Civil Administration, a military department with authority over land use in the West Bank, declared 3,977 dunams (about 400 hectares) of land to be “state land,” or Israeli state property. The land belongs to five Palestinian villages south of Jerusalem.

In August, the Israeli Cabinet announced a decision to appropriate the 400 hectares, without compensation to Palestinians, in response to the kidnappings and killings of three Israeli teenagers near settlements in the same area. The appropriated land belongs to the Palestinian villages of al-Jaba’a, Surif, Wadi Fukin, Husan, and Nahalin, the Israeli daily Haaretz reported.

The Palestinian Wafa News Agency reported that the Palestinian communities of al-Shuyuk, Surif, and Sair had received notices of the land use designation from the military.

The Israeli military said it had issued the “state land” declaration following a decision by “the political echelon,” the Jerusalem Post reported. In August, Israel demolished three family homes where the suspects had lived on punitive grounds, an act of collective punishment and a serious violation of the law of occupation.

“Israel should prosecute the suspects behind the horrible kidnapping and murder of three Israeli teens, not grab a vast tract of other people’s land in occupied territory,” Whitson said.

Davidi Pearl, the head of Gush Etzion, the settlement council in the area, said that the state land declaration “is a step on the way to establishing a new city in Gush Etzion,” and congratulated Prime Minister Benyamin Netanyahu, Defense Minister Moshe Ya’alon, and the head of the military’s Civil Administration department, David Menachem, for promoting and implementing the decision to seize the land, the daily Israel Hayom reported.

In 2013, the government invited bids for building 1,000 housing units at the site, where 10 settler families currently live, according to news reports. The Defense Ministry approved two plans in 2012 – one to build 523 settlement homes and the other to build 61 – at Gva’ot, but then froze the project, according to Peace Now, an Israeli group that opposes settlements, and the Jerusalem Post.

Under Israeli military rules, Palestinian landowners can object to the decision within 45 days, but such objections cannot succeed unless Palestinians can prove individual land ownership. Israel has prohibited Palestinians from registering land ownership claims in the area of the West Bank it exclusively controls – 62 percent of the total, including the recently seized area – since it occupied the territory in 1967. At the time, only about a third of the West Bank had been surveyed and registered to Palestinian owners.

The Geneva Conventions prohibit an occupying power from expropriating public or private property except as strictly required by military necessity. Israel’s land-use policies in the West Bank, which benefit settlers and harm Palestinians without such justification, are discriminatory, Human Rights Watch said.

The US urged Israel to “reverse” the September 1 land seizure, which it called “counterproductive to Israel’s stated goal of a negotiated two-state solution with the Palestinians.” The EU “condemned” the appropriation, “relating to plans for further settlement expansion,” and recalled that “settlements are illegal under international law.” Israeli media reported on September 3 that the EU would ban some agricultural imports from Israel within a month if Israel refuses to distinguish between the products from settlements and from Israel proper.

“US and EU condemnations have done nothing to stop Israeli settlements that have destroyed and displaced Palestinian communities,” Whitson said. “It is time for meaningful sanctions to stop Israel’s illegal and ongoing land grab.”

The US should reduce its $3.1 billion in annual aid to Israel by an amount equivalent to the costs of Israel’s spending in support of settlements, until Israel reverses its blatantly illegal plans to build new settlements and destroy Palestinian communities, Human Rights Watch said.

Recent appropriation of land near Bethlehem
The September 1 land appropriation is the second in the area near Bethlehem since April, when the military declared a separate, nearby area of 984 dunams (almost 100 hectares) of Palestinian land as “state land,” as part of an apparent plan to retroactively authorize Netiv Ha’avot, a settlement outpost. Such outposts are built unlawfully, even under Israeli laws, though often with government support. However, according to the military’s own data, about 60 percent of the built-up area of the outpost, also known as Derekh Ha’avot, is privately owned by Palestinians, including land owned by the Musa family from the village of El-Khader, according to Haaretz.

The area appropriated as state land vastly exceeded the size of the outpost.

Israeli authorities have recently taken other steps that violate Israel’s obligations as the occupying power in the West Bank, Human Rights Watch said.

On August 25, Israeli news media reported that the Israel Land Authority had awarded tenders to build 708 housing units near the Gilo settlement, south of Jerusalem. The units will form a new development, Mordot Gilo West, that extends the built-up area of the large Gilo settlement under Town Plan 13157, according to a map and report based on official data, published by Daniel Seidemann, an Israeli expert on land use around Jerusalem who opposes settlement construction.

Forcible Transfer of Palestinian Bedouins
Israeli authorities are also apparently planning to forcibly transfer Palestinian Bedouin from their communities in the occupied West Bank to an area north of Jericho, known as Nuweima. The Geneva Conventions and the ICC statute prohibit the forcible transfer of the local population in occupied territory from their communities as a war crime.

On August 25, the Israeli Civil Administration published three plans, two for residential areas and one for an access road, for the Nuweima area. They and three other plans for the site, which have not yet been published, include 1,400 small, empty plots, indicating an intention to transfer new residents there.

In an Israeli parliamentary hearing on April 27, the head of the Defense Ministry branch responsible for planning in the occupied West Bank, Yoav Mordechai, indicated that the military was developing plans as part of its policy to remove Bedouin from large areas of the West Bank, “to gather and regulate them [the Bedouin] in an orderly and proper manner.” The military plans were needed “so that we will later have moral and legal validation” to transfer Bedouin from their existing communities, Mordechai said.

During a subsequent court hearing, Israeli authorities stated that Bedouin residents of Sateh el-Bahr, south of Jericho, should move to “Nuweima.” On April 28, the military delivered eviction orders to five families in Sateh el-Bahr, affecting 38 people.

The military did not develop its “Nuweima” plans in meaningful consultation with the Bedouin to be transferred there, or with the residents of the small, existing communities in the Nuweima area, Ein al Duyk al Fauqa and Nuweima al Fauqa, who oppose the plans.

Mordechai noted at the hearing that the military had recently demolished numerous Bedouin structures in E1, an area slated for expansion of the Maale Adumim settlement, “in view of a clear directive of the political level to prioritize this area for enforcement” of Israeli military laws prohibiting Palestinian construction without permits. The military denies the vast majority of Palestinian permit applications for land-use in the area of the West Bank it exclusively controls. Israeli demolitions displaced 57 people in the area in all of 2013, but 107 people in the first five months of 2014, according to data on demolitions collected by the UN.

The military was also “very alert,” Mordechai said, to the possible “migration” of “Bedouins from areas which are less [important to] Israeli interests” to the E1 area. Developing plans for new communities to which Bedouin will be moved will allow Mordechai to go “to the [Israeli Supreme] court and claim that I am now taking someone out of E1 Territory or from Route 1 or from Mishor Adumim, [and that] he has a place ready” to which to move, he said.

TYT: Israel’s Latest Theft From Palestine Is Biggest In 30 Years