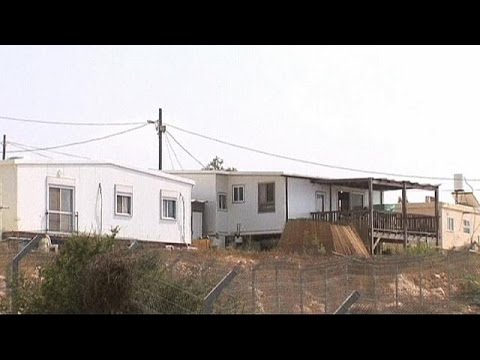 BETHLEHEM (Ma’an) — Hundreds of Palestinians took part in marches across the West Bank on Friday calling for an end to the Israeli occupation and in protest against the continued confiscation of Palestinian land and construction of Jewish settlements.

Protests took place in Wadi Fukin village near Bethlehem in the southern West Bank as well as Nabi Saleh and Bilin villages near Ramallah in the central West Bank.

Dozens of Palestinians suffered from excessive tear gas inhalation in Wadi Fukin after Israeli forces fired tear gas canisters at a protest march near the village west of Bethlehem.

Demonstrators were protesting against an Israeli decision earlier in the week to confiscate 4,000 dunums of privately-owned Palestinian land, including a large chunk of the village itself, to expand Jewish-only settlements nearby.

Local sources said that protesters headed toward lands in the eastern part of the village that are under threat of confiscation and and started planting olive tree saplings, but were subsequently assaulted by Israeli soldiers.

Israeli soldiers fired tear gas canisters and stun grenades at the group as they planted the trees.

If Israeli authorities carry out the promised land confiscation, it would be the largest Israeli land grab in the West Bank since the 1980s.

Israeli soldiers fired tear gas bombs and rubber-coated bullets at the marches, suffocating and injuring many.

Dozens of soldiers were deployed around the village earlier in the day after it was declared a “closed security zone,” while soldiers blocked the main road to the village and forced locals to take unpaved, bumpy roads in and out.

The village is the site of weekly protests against the Israeli occupation, with residents demanding that lands confiscated by Israeli forces to build a nearby Jewish-only settlement be returned to them.

Another weekly march against the separation wall and settlement was repressed by Israeli soldiers in Bilin village in Ramallah.

Israeli forces fired rubber-coated bullets, tear gas canisters, and stun grenades at marchers, and dozens of protesters were suffocated by the use of excessive tear gas.

Since 2005, Bilin villagers have protested on a weekly basis against the Israeli separation wall that runs through their village on land confiscated from local farmers.

Previous protests by Bilin activists have forced the Israeli authorities to re-route the wall, but large chunks of the village lands remain inaccessible to residents because of the route.

Israel began building the separation wall in 2002, and the route has been the target of regular demonstrations by border towns whose land is cut off by its path.