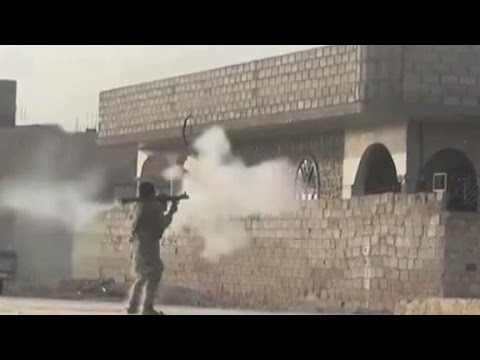 In a worrisome development, radicals throughout the region are rallying to the so-called “Islamic State,” which is actually just a bunch of armed thugs and brigands.

Some of the Pakistani Taliban in Waziristan have announced their loyalty to ISIL leader Ibrahim al-Samarra’i, who styles himself caliph Abu Bakr al-Baghdadi.

Two or three Lebanese Sunni troops have defected from Beirut and announced for ISIL or Jabhat al-Nusra (the Succor Front, i.e al-Qaeda in Syria).

The Ansar al-Shariah or so-called Helpers of Islamic Law in Libya, a terrorist organization, last week announced allegiance to ISIL.
Those groups inspired by the lightning spread of ISIL into Sunni Arab areas of Iraq since last June often see themselves as persecuted minorities. The Taliban in Pakistan are rural fundamentalists of Pushtun ethnic heritage, while the dominant group in Pakistan is the Punjabis, many of whom are Sufis or religious liberals and a minority of whom are Shiites. The Pakistani Taliban live in rugged, mountainous resource-poor regions and have been alternatively neglected and harassed by the Pakistan government.

In Lebanon, many Sunnis are resentful of the leading political and military role of the Shiite Hizbullah. Likewise in Iraq, Sunni Arabs chafed under the government of the Shiite Da`wa Party (Islamic Call or Islamic Mission), which imprisoned them arbitrarily, repeatedly bombed their villages, and generally treated them in a humiliating way. They also suffer from high unemployment under Shiite rule. The Shiite government in turn is viewed by them as a gift from a hated American military occupation.

In Libya, fundamentalists were persecuted under dictator Muammar Qaddafi a major massacre committed against them at Abu Salim prison. (Those who wonder whether he should have been overthrown should remember that he provoked his own overthrow.)

Still, al-Samarra’i cannot possibly hope to capitalize on this surge of popularity among the lunatic fringe (he is not popular with mainstream Sunni communities because of his barbarity). He has the world against him and likely will be driven back underground or killed, like his predecessor Abu Musab al-Zarqawi. Radical groups are mostly locally oriented, seeking more power and wealth in their own countries, a struggle that will preoccupy them long after al-Samarra’i is dead and buried. ISIL is just a flavor of the month among the insurgents. But non-Sunni governments should take note that in this era of social mobilization, it is unwise to push large Sunni populations to the wall.