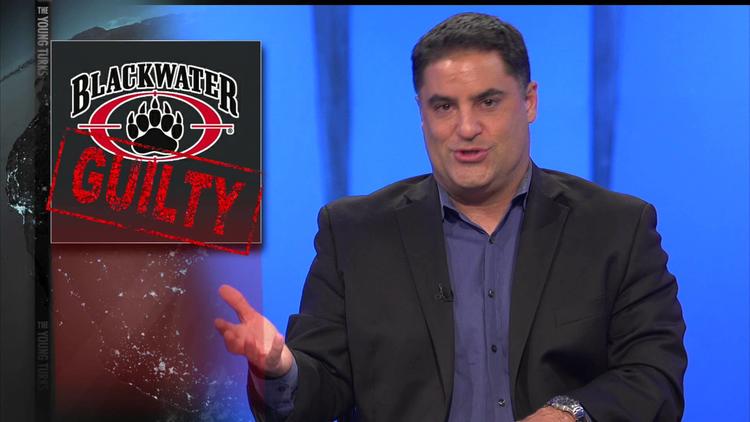 “Four former Blackwater security guards were convicted Wednesday in the 2007 shootings of more than 30 Iraqis in Baghdad, an incident that inflamed anti-American sentiment around the globe and was denounced by critics as an illustration of a war gone horribly wrong.

The men claimed self-defense, but federal prosecutors argued that they had shown “a grave indifference” to the carnage their actions would cause. All four were ordered immediately to jail. A layer for one of them quickly said he expected to appeal.

The federal jury found Nicholas Slatten guilty of first-degree murder, the most serious charge in a multi-count indictment. The three other guards — Paul Slough, Evan Liberty and Dustin Heard — were found guilty of multiple counts of voluntary manslaughter, attempted manslaughter and gun violations.”* The Young Turks host Cenk Uygur breaks it down.”