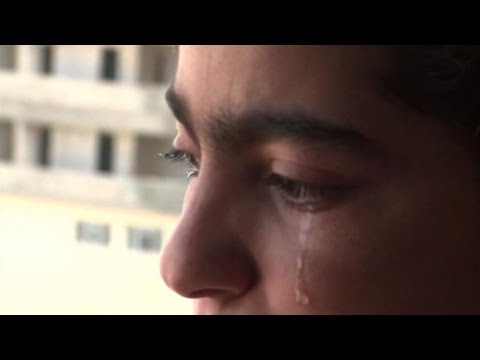 BAGHDAD/DUBAI, 6 October 2014 (IRIN) – Nine months of shelling, airstrikes and street battles have taken a heavy toll on Iraq’s “forgotten” province of Anbar, the first to be overrun by militants from the group now calling itself the Islamic State (IS).

The cities of Ramadi and Fallujah have been reduced to bombed-out wrecks: hospitals, homes, schools and mosques have been destroyed; bridges blown up; and bullet-pocked residential streets deserted, residents and aid workers told IRIN.

The UN estimates that as many as 500,000 Anbaris have been displaced from their homes since fighting began between IS and Iraqi security forces in late December. More than two-thirds of those families are displaced within the governorate and, due to security issues, receiving little to no humanitarian support. Last week, IS advanced into the city of Heet, which is hosting close to 100,000 internally displaced persons (IDPs).

Sabah Karhut, chairman of Anbar Provincial Council, told IRIN he believed the province had been “forgotten.”

“The international community has done nothing in Anbar. We want them to be more involved and help our people. There are so many displaced people… We need medication, food.”
Death from the skies

The start of the US-led bombing campaign in western Iraq last month has yet to ease the humanitarian crisis in the region. As IS militants have claimed huge swathes of territory in recent months, their brutal methods have forced mass displacement.

According to the latest Humanitarian Needs Overview published on 25 September by the UN Office for the Coordination of Humanitarian Affairs (OCHA),

Some of the displaced are staying with relatives or host communities, but many are sleeping in schools, mosques, unfinished buildings or open-air settlements with limited access to water, food and health care.

Since January, the Iraqi government has been using airstrikes to try to quell the IS advance. Groups such as Human Rights Watch have alleged that the government has also used barrel bombs – crude improvised explosive devices dropped from planes packed with material that spreads on detonation causing significant damage and injury. There has been widespread condemnation of the apparently indiscriminate nature of the Iraqi government’s air campaign inside Anbar.

Samir Allawi, 43, has first-hand experience of the strikes. He told IRIN how he and his family left the city of Fallujah in eastern Anbar in July after days of bombardment of their neighbourhood.

“I lost 14 members of my family in one of these random bombs,” he said. “I can’t forget that horrifying scene. Their bodies were all over the place.

“There were no militants near their house. I don’t understand why innocents become the victims rather than militants who [have] never been damaged much by these strikes.”

The father of three, now in Sulaymaniyah in the semi-autonomous Kurdish region in Iraq’s north, said he wanted to return but “it’s still too risky and I don’t want to lose any more of my family.”

“The situation here is getting worse and worse every day,” a senior doctor from the university hospital in Ramadi, who did not want to give his name for security reasons, told IRIN.

“Recently we have seen a lot more casualties from the airstrikes.

Across Anbar the front lines between the government and IS fighters shift almost daily, with conflicting reports about who commands each area. Yet the militants appear to be gaining ground.

In late September, IS attacked Saqlawiyah, a government military base north of Fallujah, reportedly killing more than 300 Iraqi soldiers and later posting photographs of the attack online.

And despite media claims from local government officials that the threat of airstrikes was pushing IS members to retreat, on 2 October the group overran the town of Heet to the northwest of Ramadi and on 4 October seized the town of Kubaisa, posing a threat to Ain al-Asad military base, used by Iraqi forces to send troops and supplies to defend the province’s Haditha Dam.

Heet, in the Euphrates river valley, is a significant take for IS, according to Washington-based think tank the Institute for the Study of War, whose experts believe it is part of a longer-term play to move into the Baghdad belt.

According to the International Organization for Migration, more than 100,000 IDPs are staying in Heet, many of whom had already been displaced three of four times. The town was one of the few parts of the province to where humanitarian aid has been delivered in recent months.

An aid worker in Heet told IRIN that it seemed IS had been operating in parts of the city carrying out suicide attacks for some time, but on 2 October “stormed various parts of the town and took it”, adding that soon afterwards shelling and airstrikes began.

In September, the UN Assistance Mission for Iraq (UNAMI) reported figures from the Anbar Directorate of Health showing 268 civilians were killed and 796 injured in the governorate during the first eight months of the year.

Some, however, say the number is far higher. Karhut, of the Provincial Council, said he believed as many as 1,000 civilians had been killed, and blamed the Iraqi military for indiscriminate attacks.

In Anbar people continue as best they can. The doctor said his area in Ramadi was still under government control but he feared IS would take it soon. “This city is on fire,” he said. “The situation is very bad. My own house is covered in bullet holes.”

Describing desperate conditions at the hospital due to a lack of drugs, surgical equipment and staff, many of whom have fled, he said: “The hospital has had no mains electricity for four months and we depend totally on generators, but it is hard to get fuel and spare parts.”

Food was also in short supply, the doctor said, explaining that basic items were now between 30 and 100 percent more expensive than this time last year. The situation has been compounded by the fact that few people are still working and receiving salaries.

“Another big problem is medical supplies for chronic conditions like diabetes and basic drugs for respiratory conditions,” he said.

“Winter is coming and this is a real problem for the children and the elderly because we will not be able to supply them with drugs to cure simple conditions from the cold. I am already seeing patients in my clinic who need surgery because basic infections were not treated because the people cannot afford drugs or to access a doctor.”
Due to the security concerns, only a handful of aid organizations, such the International Committee for the Red Cross (ICRC), the Iraqi Red Crescent Society and some local groups, have been able to deliver supplies to people in Anbar.

Last month, the World Food Programme (WFP) re-started its distributions around Heet after a five-month suspension, and more than 3,000 IDPs received core relief kits made up of food, hygiene supplies and other items, which the Danish Refugee Council (DRC) distributed in Ramadi with help from community volunteers and the local authorities.

But access is still very limited. In a report published on 4 October, OCHA acknowledged: “In Anbar Governorate alone there are 400,000 IDPs to which humanitarian actors enjoy only very limited access. While the UN and NGO partners are intensifying their efforts to reach those in need, assistance falls far short of what is required.”
This is not the first time Anbar has been caught up in violence. In 2006-2007, the majority Sunni province, which shares a long border with Syria, was the scene of vicious fighting between IS predecessor al-Qaeda in Iraq and US forces who mobilized with local tribal leaders to push the militants out.

Although Jihadist cells remained in Anbar, IS returned in force to Anbar in late December, seizing control of parts of Fallujah and Ramadi. It was out of Anbar that they then moved north to take Mosul and Tikrit in June and declare their so-called Caliphate.

Many analysts have accused Iraq’s former Prime Minister Nouri al Maliki, a Shia Muslim, of alienating Sunnis and allowing jihadists to gain a foothold in places like Anbar.

“There are people who joined IS just to revenge the government policy and they were tempted by IS under jihad and paradise slogans,” said Karhut, chairman of Anbar Provincial Council.

He said the Council backed the US airstrikes in Iraq against IS, but added: “The government must also respond to the constitutional demands of Anbar’s people and [fix] the mistakes adopted by the previous prime minister, so that the Sunnis feel justice and that they are part of Iraq.”

Mirrored from IRIN: humanitarian news and analysis, a service of the UN Office for the Coordination of Humanitarian Affairs