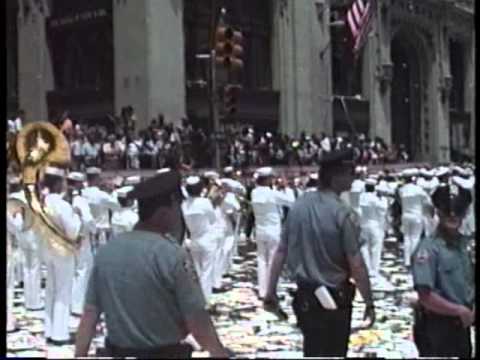 [What follows is a transcript of a therapy session between the American Empire and a psychiatrist whose name we at TomDispatch have agreed not to disclose. Normally, even in an age in which privacy means ever less to anyone, we wouldn’t consider publishing such a private encounter, but the probative news value of the exchange is so obvious that we decided to make an exception. The transcript has been edited only for obvious repetitions and the usual set of “ums” and “uhs.” Tom]

Doctor: Would you like to tell me why you’re here?

American Empire: Well, Doc, I’m feeling a little off.  To tell you the truth, I’m kind of confused, even a little dizzy some of the time.

Doctor: When did you first experience symptoms of dizziness?

Doctor: And this left you…?

AE: Depressed.  But Doc, there’s a little background you need to know about the dizzying nature of my life.  For almost 50 years — this was in the last century — I was in the marriage from hell.  My partner, the Soviet Union, was a nightmare.  I mean, we had a brief sunny courtship when we were more or less in love, but that only lasted the length of World War II.  The minute I got home from the front, it was hell, and I’m hardly exaggerating if I tell you that, when we got to fighting, it was scorched Earth all the way.  We regularly threatened to annihilate each other.  It was one of those stormy relationships you could never predict in advance where this planet just isn’t big enough for the two of you.

In our worst moments, I used to fantasize about the Soviet Union being obliterated, simply disappearing from the face of the Earth, but it was a fantasy, nothing more.  Never in my wildest dreams did I expect to be free.  Not in my lifetime.  Then one day as 1990 ended, like some unexpected miracle, it happened.  Poof!  The Soviet Union was gone.  I was alone and the Earth was my playground — or so it seemed.

Doctor: Do you feel that it went to your head?

AE: It would have gone to anybody’s head.  I mean, people were saying the most complimentary things about me all the time.  They were calling me the “sole superpower,” or the planet’s only “hyperpower,” or its “global policeman,” or… well, I don’t want to go on about it, but sure, it went to my head.  How would you feel if you overheard people saying that there had never been an empire like yours in all of history, that the Romans and the Brits were pikers by comparison?

And when I looked around the planet, it seemed true.  There weren’t any enemies worthy of me.  I mean, North Korea, Iraq, and later scattered groups of jihadis?  Can you blame me if it went to my head?  I suppose I should have left well enough alone.  After all, I was already a “superpower.”  You’d think I might have been satisfied, but that isn’t imperial nature, is it?

And to make matters worse, along came George W. (“bring ‘em on”) Bush, Dick (“the dark side”) Cheney, Donald (“sweep it all up”) Rumsfeld, Condi (“mushroom cloud”) Rice, and the rest of that crew.  It was like being in Rome and hearing the announcer call out, “Batting cleanup, number four, Nero Claudius Caesar Augustus Germanicus.”  I should have felt a shiver of fear.  But when they explained their plans to me, they seemed so damn convincing.  Loosing the U.S. military to create a Pax Americana in the Greater Middle East, and then globally — how could any of it have gone wrong?

If you don’t think I feel bitter lying here on this couch, you’re no shrink.  You wouldn’t wish what’s happened to me on some two-bit rogue state.

Doctor: It might be worth exploring that feeling of bitterness.

AE: Explore it?  That’s a no-brainer.  One day you’re on top of the world.  You’ve just created the sort of surveillance state that would have left Joe Stalin drooling in his grave.  You can listen in on a bunch of jihadis in the backlands of Yemen or the German Chancellor (which, by the way, isn’t as thrilling you might imagine) or any American you want.  You can send your drones anywhere and there’s no one to stop you. You can rewrite the laws to suit yourself.  You’re this town’s only sheriff, numero uno, the Big Dog.

And ten minutes later, nothing you do — I mean nothing, nada, zilch — works, not an invasion, not an intervention, not an occupation, not even the simplest of helping hands, and suddenly you realize that you’re down in the dumps and feeling kinda nostalgic for the old days when it was just you and the Soviet Union growling at each other.

Doctor: I’d like you to try to be more specific.  Sometimes generalized complaints about one’s state of mind aren’t as useful as they should be.  Give me an example and describe your feelings around it.

AE: You want an example?  Gee, that’s a tough one.  I mean, let me think about that for minus one second.  How about Iraq, for specifics?  If I had told you, back in the two-superpower days, that I was going to fight three wars in less than a quarter of a century in one country or that four presidents in a row would bomb one land, not a single American would have picked Iraq.  If it were 1980 and I made that prediction, you would have had me institutionalized.  But here we are.  And I just did it again.  I sent in the bombers and drones and advisers and I’m about to train up another Iraqi army.  At least the other two times, I thought victory was a given. This time…

In 1991, I crushed them.  The greatest military power on the planet was up against a third-rate army and obliterated it in no time flat.  You’re of an age.  You must remember the victory parades.  They were spectacular.  And there was George H.W. Bush exclaiming that we’d kicked the Vietnam Syndrome once and for all.  Who could forget it?  But when the dust cleared, Saddam Hussein was still there.  In 2003, no more messing around, we took Baghdad in about three seconds and sent Saddam into that spider hole in hell.  And then, it only got worse.

I mean, bitter? That’s not the half of it. I know it’s dangerous to self-diagnose, but I’ve been wondering whether I might be an addict.  I just can’t seem to stop.  I know better now, but it never seems to matter.

I have to admit something, Doc.  Before I came to you, I called Empires Anonymous.  But their phone’s been disconnected and emails bounce back.

Doctor: Yes, it’s been a while since EA could muster the bodies for an imperial support group.  But tell me more about what your addiction, as you call it, feels like.

AE: Here’s the bottom line: it wasn’t supposed to be this way.  I’ve read the history books and Great Powers don’t pussyfoot when it comes to pacifying the natives and winning wars.  Not unless they’re really on the skids.  Look around this planet.  I’m still the only unipolar power.  So why is it that whenever I send in the special ops guys or the drones, it’s like whacking a beehive with a stick?  I mean, I’ve bombed seven Muslim countries — just under Obama, mind you — and what’s it got me?  More jihadis by the tens of thousands and now a jihadi mini-state in the middle of the Middle East!

Doctor: I find it slightly strange that you should come see me after last week’s election. Shouldn’t you feel more upbeat?

AE: I take your point, Doc. And you can’t imagine the phone messages and emails I’ve been getting since last Tuesday night.  John McCain, Bob Corker, Lindsey Graham, John Boehner, William Kristol, Jodi Ernst, Buck McKeon, the well known and the barely known of the incoming Republican Congress.  I feel like the most popular guy on Earth again.  And they’re promising me the works.

So, sure, given what I’ve been through, I feel like I’m being offered the best years of my life back.  A brand-new Cold War against Russia?  After the last 13 years, the thought of Cold War 2.0 gives me an instant endorphin high.  We’re talking war hawks to the horizon in Washington for years to come, hot to arm the Ukrainians, take down ISIS, nuke Iran, and crank it up against China in the South China Sea!

I should be high as a kite.  Instead, I’m an empire on the couch getting shrunk.  I’ve got the shakes.  I’m consumed with fear that I’m going to do it all over again.  You’ve got to give me a hand, Doc.

Doctor: I want to point out that our time today is winding down. So let me just offer you a few initial suggestions for…

[The recording of the session suddenly ends here.]

Tom Engelhardt is a co-founder of the American Empire Project and the author of The United States of Fear as well as a history of the Cold War, The End of Victory Culture. He runs the Nation Institute’s TomDispatch.com. His new book, Shadow Government: Surveillance, Secret Wars, and a Global Security State in a Single-Superpower World (Haymarket Books), has just been published.

[Note for TomDispatch Readers: I hope all you long-term TD obsessives will feel that it’s your duty to pick up a copy of my new book, Shadow Government: Surveillance, Secret Wars, and a Global Security State in a Single-Superpower World — at least to give to a friend for the holidays. And don’t forget, for a donation of $100 to this site (the sort of thing that truly does keep us rolling along), I’ll send you a signed, personalized copy. Check out the details at our donation page where a number of other books are on offer as well. And while you’re at it, humor me a little. Every couple of years, as today, I take a crack at satire. Tom]