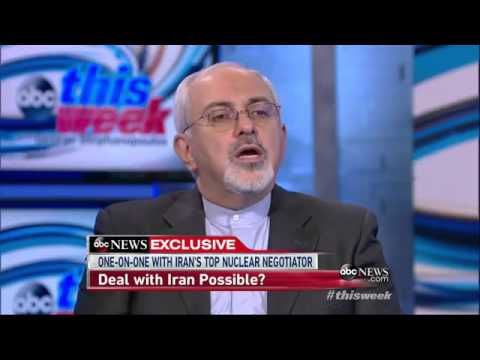 WASHINGTON, Nov 18 2014 (IPS) – Nov. 24 is the deadline for six world powers and Iran to reach a final deal over its nuclear programme. If there is no deal, then the talks are likely to be extended, not abandoned.

But as I learned from more than three decades’ work on Middle East issues, in and out of the U.S. government, success also depends on Israel no longer believing that it needs a regional enemy shared in common with the United States to ensure Washington’s commitment to its security.

Much is at stake in the negotiations with Iran in Vienna, notably the potential removal of the risk of war over its nuclear programme and the removal of any legitimate basis for Israel’s fear that it could become the target of an Iranian bomb.

Success could also begin Iran’s reintegration into the international community, ending its lengthy quarantine. If President Barack Obama and his national security officials get their way, including the Pentagon—hardly a group of softies—a comprehensive final accord would be a good deal for U.S. national security and, in the American analysis, for Israel’s security as well.

Yet more is at issue for Israel, and for the Persian Gulf Arab states led by Saudi Arabia. They want to keep Iran in purdah.

Indeed, since the Iranian Revolution ran out of steam outside its borders, the essential questions about the challenge Iran poses have been the following: Will it be able to compete for power and position in the region, and, how can Iran’s competition be dealt with?

The first response, led by Israeli Prime Minister Benjamin Netanyahu, is to decry whatever might be agreed to in the talks, no matter how objectively good the results would be for everyone’s security. He has the Saudis and other Arab states as silent partners.

Between them, the Israeli and oil lobbies command a lot of attention in the U.S. Congress, a large part of whose members would otherwise accept that President Obama’s standard for an agreement meets the tests of both U.S. security and the security of its partners in the Middle East.

But a large fraction of Congress is no more willing to take on these two potent lobbies than the National Rifle Association.

Netanyahu will also do all he can to prevent the relaxation of any of the sanctions imposed on Iran. But even if he and his U.S. supporters succeed on Capitol Hill, President Obama can on his own suspend some of those sanctions—though exactly how much is being debated.

The U.S. does not have the last word on sanctions, however. The moment there is a final agreement, the floodgates of economic trade and investment with Iran will open. Europeans, in particular, are lined up with their order books, like Americans in 1889 who awaited the starter’s pistol to begin the Oklahoma land rush.

In response, U.S. private industry will ride up Capitol Hill to demand the relaxation of U.S.-mandated sanctions. Meanwhile, the sighs of relief resounding throughout the world will begin changing the international political climate concerning Iran.

Yet America’s concerns will not cease. While the U.S. and Iran have similar interests in opposing the Islamic State (ISIS or IS), and in wanting to see Afghanistan free from reconquest by of the Taliban, they are still far apart on other matters, notably the Assad regime in Syria, as well as Hezbollah and Hamas.

President Obama will also have an immediate problem in reassuring Israel and Gulf Arab states that American commitments to their security are sincere. To be sure, absent an Iranian nuclear weapon, there is no real Iranian military threat and all the Western weapons pumped into the Persian Gulf are thus essentially useless.

Iran’s real challenges emanate from its dynamic domestic economy, a highly educated, entrepreneurial culture that is matched in the region only by Israelis and Palestinians, and a good deal of cultural appeal even beyond Shi’a communities.

Obama thus faces a special problem in reassuring Israel, a problem that goes back decades. When the Egypt-Israel Peace Treaty was signed in 1979, the risks of a major Arab attack on Israel sank virtually to zero. So, too, did the risk of an Arab-Israeli conflict escalating to the level of a U.S.-Soviet confrontation. All at once, U.S. and Israeli strategic concerns were no longer obviously linked.

Thus as soon as Israel withdrew from the Sinai in May 1979, then-Prime Minister Menachem Begin started searching for an alternative basis for linking American and Israeli strategic interests.

For him and for many other Israelis, then and now, it is not enough that the American people are firmly committed to Israel’s security for what could be called “sentimental” reasons: bonds of history (especially memories of the Holocaust), culture, religion, and the values of Western democracy.

But such “sentiment” is the strongest motivation for all U.S. commitments, a far stronger glue than strategic calculations that can and often do change, a fact that could be testified to by the people of South Vietnam and Afghanistan.

Yet for Begin and others, there had to be at least a strong similarity of strategic interests. Thus, in a meeting with Secretary of State Cyrus Vance the day after Egypt retook possession of the Sinai, Begin complained that the US had cancelled its “strategic dialogue” with Israel. Vance tasked me, as the National Security Council staff representative on his travelling team, to find out “what the heck Begin is talking about.”

I phoned Washington and got the skinny: the Pentagon’s Office of Net Assessment had been conducting a low-level dialogue with some Israeli military officers. Proving to be of little value, it was stopped.

The reason for Begin’s outburst thus became clear: in the absence of the strategic tie with the United States that had been provided by the conflict with Egypt, Israel needed something else, in effect, a common enemy.

That’s why many Israeli political stakeholders were ambivalent about the George W. Bush administration’s ambitions to topple Iraq’s Saddam Hussein: with his overthrow, a potential though remote threat to Israel would be removed, but so would the perception of a common enemy. Since Saddam’s ousting, Iran has gained even more importance for Israel as a means of linking Jerusalem’s strategic perceptions with those of Washington.

By the same political logic, Israel has always asserted that it is a strategic asset for the United States. As part of recognising Israel’s psychological needs, no U.S. official ever publicly challenges that Israeli assertion regardless of what they think in private or however much damage the U.S. might suffer politically in the region because of Israeli activities, including the building of illegal settlements in the West Bank.

So what must Obama do in order to eliminate the risk of an Iranian nuclear weapon, while also reassuring Israel of US fealty? On one side, to be able to honour an agreement with Iran, Obama has to undercut Netanyahu’s efforts with Congress to prevent any sanctions relief.

On the other side, he could reassure Israel through the classic means of buttressing the flow of arms, including the anti-missile capabilities of the Iron Dome that were so useful to Israel during the recent fighting in Gaza.

Israel would want even closer strategic cooperation with the U.S., including consultations on the full range of U.S. thinking and planning on all relevant issues in the Middle East. Israel (at least Netanyahu) would also want any notion of further negotiations with the Palestinians, and the relaxation of economic pressures on Gaza, put into the deep freeze—where, in effect, they already are.

Israel has an inherent, sovereign right to defend itself and to make, for and by itself, calculations about what that means. (The country is not unified, however: a surprising number of former leaders of the Israeli military and security agencies have publicly differed with Netanyahu’s pessimistic assessments of the Iranian threat).

As Israel’s only real friend in the world, the United States continues to have an obligation, within reason, to reassure Israel about its security and safety.

For Obama, this reassurance to Israel is a price worth paying in the event of a deal, which would be at least one step in trying to build security and stability in an increasingly turbulent Middle East. But that can only happen if Israel refrains from obstructing Obama’s effort to make everyone, including Israel, more secure.

Robert E. Hunter, a former U.S. ambassador to NATO, was director of Middle East Affairs on the National Security Council Staff in the Carter administration and in 2011-12 was director of Transatlantic Security Studies at the National Defense University. Read his work on IPS’s foreign policy blog, LobeLog.