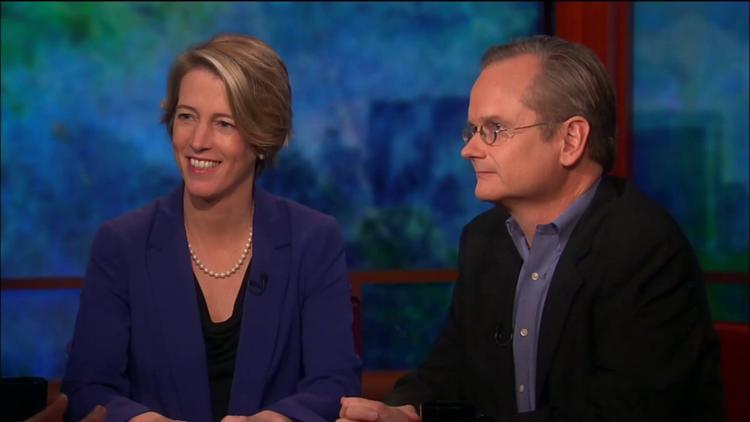 “Government has become a clearinghouse for corporations and plutocrats with deep pockets to buy the politicians who grease the wheels for lucrative contracts and easy regulation. It’s all pay for play, and look the other way.

According to the watchdog Sunlight Foundation, from 2007 to 2012, 200 corporations spent almost $6 billion in Washington on lobbying and campaign contributions. And they received more than $4 trillion in government contracts and other forms of assistance. Now that the midterm elections are over, it’s payback time, with the newly elected Congress ready to deliver to those who invested well in their chosen candidates.

This week, Lawrence Lessig and Zephyr Teachout return to talk about the corrupting influence of money in politics — a subject both have studied as scholars and are fighting against as reformers. (Watch part one of Bill’s conversation with Lessig and Teachout)

For the 2014 midterm elections, Lessig started the Mayday SuperPac, raising millions for congressional candidates who vowed to fight for campaign finance reform. All but two of them lost – but the fight continues. He tells Bill, “When we look at the systematic way in which our representatives are responsive not to the people alone, but increasingly to the funders exclusively, then that is an obvious corruption… This is not a Democratic issue. This is not a Republican issue. This is an American issue.”

Zephyr Teachout ran for governor of New York this year, trying to rouse the public against corruption in state government and received more than a third of the vote in the Democratic primary. She has written the book Corruption in America: From Benjamin Franklin’s Snuff Box to Citizens United. “I think we should forget the perfect resume and instead engage people who come from all different backgrounds, including the arts, and get them to run for office. Because this is what the kids in Hong Kong are fighting for. And we have to take the opportunity we have before it totally shuts down.”