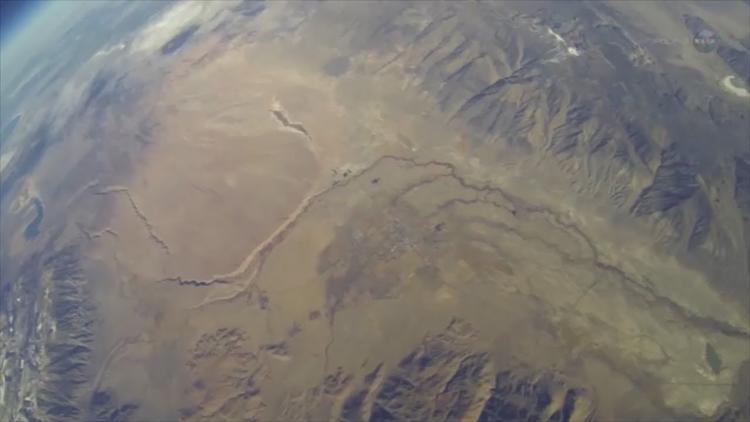 Scientists warn that prolonged, historic droughts may recur in the future

The California drought is the worst its been in 1,200 years—and it’s not getting better, a study has discovered.

The last three years of drought in California were the worst that the state has experienced in 1,200 years, a study published Thursday by Geophysical Research Letters has found.

How Unusual is the 2012-2014 California Drought? also discovered that 2014 was drier than any other continuous span of moisture-deficit years.

What’s more, the report concluded that as human-made climate change continues to worsen, similar kinds of “hot” droughts are more likely to recur in the future. And because California is the world’s eighth-largest economy, significant shortages in its surface water supply have implications far beyond its borders, the report states.

Daniel Griffin, a co-author of the study and NOAA Climate & Global Change Fellow, told the San Jose Mercury News, “We were really surprised. We didn’t expect this.”

The study analyzed tree ring samples from blue oaks in the southern and central parts of the state, as those trees are particularly sensitive to moisture fluctuations and are able to “thrive in some of California’s driest environments,” Griffin said. In addition, the scientists reconstructed rainfall back to the 13th century.

According to the findings,there has never been a three-year period in California during which the temperatures have been as high—and rainfall as low—as they were between 2012 and 2014.

“This is California—- drought happens,” Griffin said. “Time and again, the most common result in tree-ring studies is that drought episodes in the past were more extreme than those of more recent eras. This time, however, the result was different.”

This week’s Pineapple Express storm on the west coast brought some much-needed moisture to the state, but even that heavy rain and snow may only have been “two drops” in the bucket, according to Jan Null of Golden Gate Weather Services. Reservoirs remain well below full; in San Francisco, Null said, rainfalls this year were two feet below average.

“The bottom line is we need to make up at least some of the deficit from the past three years,” Null told USA Today. “It’s not enough to just pay off this year’s credit card debt, you have to at least pay down some of the previous debt!”

According to the California Department of Water Resources, temperatures in the state were one to four degrees above the 20th century average throughout the entire year. Almost 60 percent of the state has been classified by the U.S. Drought Monitor as being in “exceptional” drought—the most extreme category—since late July. Yet relief is not to be found outside of those areas either, as 99.7 percent of the state remains in some form of drought as well. All but one reservoir are below historical averages, and significantly below capacity.

Even evidence of historic sustained “megadroughts” in California included some time of significant moisture, the authors said. The state’s current dry spell appears to be worse than any consecutive span of years without reprieve.

Kevin Anchukaitis, a co-author of the study and assistant scientist at Woods Hole Oceanographic Institution, said there is “no doubt that we are entering a new era where human-wrought changes to the climate system will become important for determining the severity of droughts and their consequences for coupled human and natural systems.”