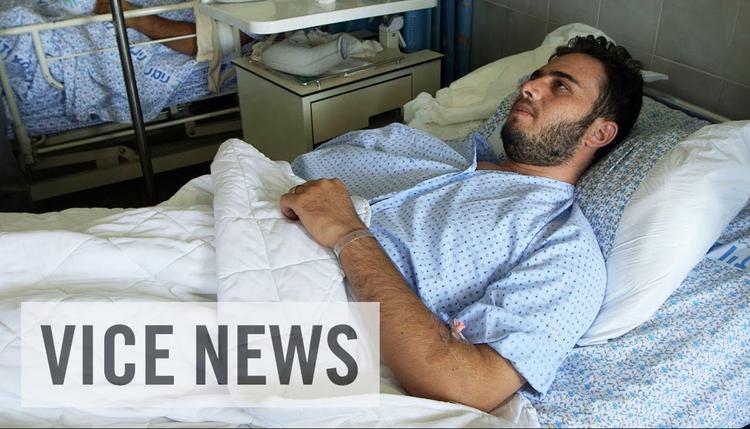 “In August, al Nusra Front jihadists took control of Syria’s side of the border crossing with Israel and kidnapped over 40 United Nations peacekeepers — who have since been released.

But al Nusra Front, an al Qaeda-affiliate, isn’t Israel’s only threat from Syria. President Bashar al-Assad’s military, in a possible effort to bait Israel into its civil war to shore up Arab sympathies, has been lobbing mortars across the border. Just a few weeks ago, the Israeli military shot down a Syrian plane flying over the Golan Heights — the first time it has done so since the 1980s.

In part two of a five-part series, VICE News correspondent Simon Ostrovsky visits the Ziv Medical Center, a hospital that is unique for its proximity to the international borders with Lebanon and Syria, and for treating victims of hostilities and soldiers injured on both sides of the border.”