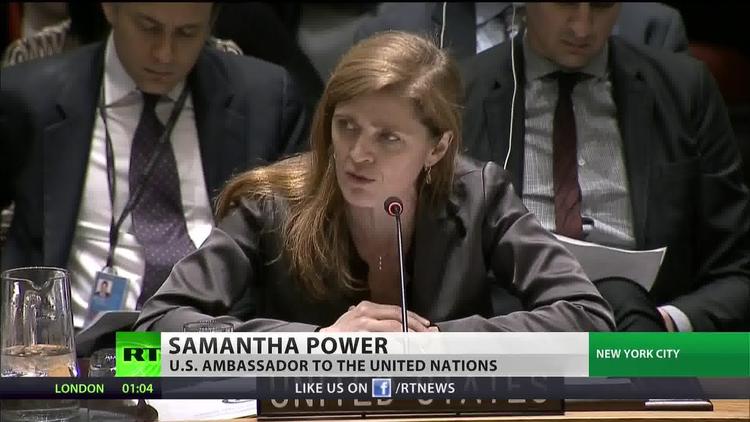 UNITED NATIONS (IPS) – The United States re-asserted its political and economic clout – and its ability to twist arms and perhaps metaphorically break kneecaps – when it successfully lobbied to help defeat a crucial Security Council resolution on the future of Palestine this week.

Nadia Hijab, executive director of Al-Shabaka: The Palestinian Policy Network, told IPS, “Did [U.S. Secretary of State John] Kerry manage to pull the rug out from under Palestine by convincing supportive Nigeria to abstain during the 13 calls he made to world leaders to torpedo the resolution?

“Or did the U.S. pressure Palestine to go to a vote now, [in order] to ensure failure, since the Jan. 1 change in Security Council composition favours the Palestinians?”

If so, what promises of future support did it make? asked Hijab.

The resolution failed because it did not receive the required nine votes for adoption by the Security Council. Even if it had, it likely would have still failed, because the United States had threatened to cast its veto.

But this time around, Washington did not have to wield its veto power – and avoid political embarrassment.

The eight countries voting for the resolution, which called for the full and phased withdrawal of Israeli forces from occupied territories by the end of 2017, were France, China, Russia, Luxembourg, Argentina, Chad, Chile and Jordan.

The two negative votes came from the United States and Australia, while the five countries that abstained were the UK, South Korea, Rwanda, Nigeria and Lithuania.

A single positive vote, perhaps from Nigeria, would have made a difference in the adoption of the resolution.

Days before the vote, Kerry was working the phones, calling on dozens of officials, who were members of the Security Council, pressing them for a vote against the resolution or an abstention.

According to State Department spokesman Jeff Rathke, one such call was to Nigerian President Goodluck Jonathan, which ensured an abstention from Nigeria, a country which was earlier expected to vote for the resolution.

After the vote, there were three lingering questions unanswered: Did the United States put pressure on Palestine to force the vote on the draft resolution on Tuesday since the re-composition of the Security Council would have been more favourable to the Palestinians, come Jan. 1?

And why didn’t Palestine wait for another week to garner those votes and ensure success?

Or did they misjudge the vote count?

Beginning Jan. 1, the composition of the Security Council would have changed with three new non-permanent members favourable to Palestine: Malaysia, Venezuela and Spain.

Samir Sanbar, a former U.N. assistant secretary-general who keeps track of Middle East politics, told IPS it is beyond a misjudgment of the vote count or miscalculation of the timing when in only a few days there would have been more likely positive votes by Malaysia, Spain and Venezuela.

“The actual intent of the Palestinian Administrative Authority from that failed move – and with whom it coordinated discreetly – remains to be politically observed,” he said.

“It is a tactical and strategic retreat at the expense of the universally supported inalienable rights of the Palestinian people, as stipulated in a succession of clearly assertive resolutions (including on statehood; right of return/or compensation; Israeli withdrawal from occupied territories; inalienable people’s rights).”

These rights, he said, have been endorsed by an overwhelming majority when the Palestinian cause was predominant in U.N. deliberations, and when Palestinian leadership was united in its quest and all Arab states, let alone most of the international community, were solidly behind it.

Sanbar said political logic would suggest maintaining what was gained during a positive period because any new resolution in the current weak status within a tragically fragmented Arab world will obviously entail a substantive retreat.

“It may be more helpful if efforts were mobilised to sharpen the focus on implementation of already existing resolutions and gain wider alliances to accomplish practical steps based on an enlightened knowledge of working through the United Nations rather than merely resorting to it on occasions when other options fail,” Sanbar declared.

Still, Hijab told IPS, whatever the case, many Palestinians breathed a sigh of relief that the resolution did not pass because it would have given a U.N. imprimatur to a lower bar on Palestinian rights.

The resolution implicitly accepted settlements with talk of land swaps and watered down refugee rights with reference to an agreed solution, effectively handing Israel a veto over Palestinian rights.

She said the Palestine Liberation Organization/Palestine will now be forced to take some meaningful action to maintain what little credibility it has with the Palestinian people.

“Despite U.S. threats and blandishments, the PLO/Palestine does have room for maneuver in the legal and diplomatic arena – it just has not yet been effective at using it,” she said. “It must urgently do so in 2015 – the 2335th Palestinian was killed by Israel this week as it colonises the West Bank and besieges Gaza – while Palestinian refugees suffer in Syria, Lebanon and Jordan.”

Hijab said the Palestinian people need respite from this cruel reality, and they need their rights.

After the vote, U.S. Ambassador Samantha Power, told the Council: “We voted against this resolution not because we are comfortable with the status quo. We voted against it because … peace must come from hard compromises that occur at the negotiating table.”

But she warned Israel, a close U.S. ally, that continued “settlement activity” will undermine the chances of peace.

Riyad Mansour, U.N. ambassador to Palestine, told the Council, “Our effort was a serious effort, genuine effort, to open the door for peace. Unfortunately, the Security Council is not ready to listen to that message.”

On the heels of the failed resolution, Palestine took steps Wednesday to join the International Criminal Court (ICC) in The Hague – specifically to bring charges of war crimes against Israel – even though the U.S. Congress, which is virulently pro-Israel, has warned that any such move would result in severe economic sanctions.

“There is aggression practiced against our land and our country, and the Security Council has let us down — where shall we go?” Abbas said Wednesday, as reported by the New York Times, as he signed onto the court’s charter, along with 17 other international treaties and conventions.

“We want to complain to this organisation,” he said, referring to the ICC. “As long as there is no peace, and the world doesn’t prioritise peace in this region, this region will live in constant conflict. The Palestinian cause is the key issue to be settled.”

RT America: “US, Australia deny Palestine statehood at the UN”