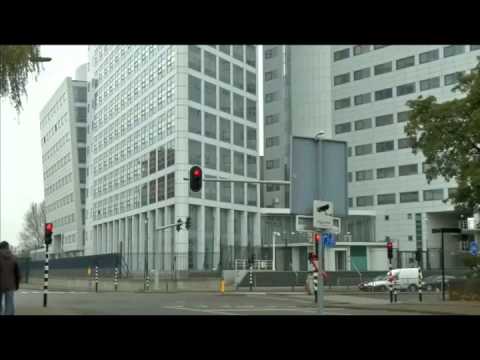 The Israel exception to Western governments’ human rights principles has been starkly on display in the reaction to the Palestinian Authority’s decision to join the International Criminal Court. In Washington, Ottawa, Paris and London, as well as Tel Aviv, the response has ranged from discouraging to condemnatory. The Palestinian move has been seen as “counterproductive,” “deeply troubl[ing],” “a concerning and dangerous development” that could make a “return to negotiations impossible.” Before accepting these howls of protest, we should ask why, exactly, the Palestinian move is supposed to be bad.

Given the outcry, one would think this move targets only Israel, but the ICC doesn’t work that way. Rather, the court will be empowered to prosecute war crimes committed in or from Palestinian territory — that is, crimes committed by Israelis or Palestinians. The court’s prosecutor is not dependent on formal complaints by ICC members but can now initiate cases on her own.

Many of the Western objections are based on the argument that having the Palestinians in the ICC will somehow undermine Israeli-Palestinian peace negotiations — moribund as they have been. The U.S. State Department opined that it would “damage the atmosphere” for peace.

But the broad parameters for peace have been known for years. What has been lacking is the trust between the two sides to make the painful decisions necessary for a peace accord. Nothing undermines that trust more than impunity for the war crimes that Human Rights Watch has found continue to characterize the conflict, whether settlement expansion, Hamas rocket strikes or Israel’s lax attitude toward civilian casualties in Gaza. By helping to deter these crimes, the ICC could discourage these major impediments to peace.

Moreover, the Palestinians’ willingness to embrace the ICC should be applauded for what it says about their tactics. Hamas is rightfully condemned for its rocket attacks on Israeli population centers. Yet Hamas signed off on joining the ICC, even though its leaders could now face prosecution. Indeed, because these war crimes are factually and legally among the easiest to prove, they may stand the greatest chance of ICC prosecution.

The ICC is no guarantee that such attacks will cease, but it provides a disincentive, as well as an avenue of redress for victims. Why is it bad for the Palestinians to pursue such legal avenues rather than more rocket attacks?

But isn’t the ICC another U.N. institution that will focus excessively on Israel? No. Unlike political bodies composed of governments, such as the U.N. General Assembly or Human Rights Council, the court’s investigations and prosecutions are led by an independent, professional prosecutor, Fatou Bensouda of Gambia. She has earned a reputation as a sober, dispassionate, no-nonsense lawyer with no evidence of anti-Israel animus. In decisions she has made about the Israeli-Palestinian conflict, she declined a Palestinian request to assume jurisdiction made before statehood was recognized and, in a case brought by another government, decided against opening an formal investigation because the alleged crime in question was not serious enough.

Given Palestinian vulnerability to prosecution, the West’s reaction suggests an interest not in seeing impartial justice done but in keeping Israelis out of the dock in The Hague. Yet the ICC is a court of last resort. It is empowered to act only when national authorities have not. So the easiest way for any government to avoid ICC prosecution of its citizens is to conscientiously and credibly investigate and prosecute alleged war crimes by its forces.

Both the Israeli and Palestinian governments have an abysmal record in this regard. The Palestinian Authority is not known to have initiated any such investigations. The Israeli military prosecutor occasionally conducts investigations but hardly ever prosecutes anyone. The most serious punishment imposed in recent years for abuse against Palestinians was a 7 1/2-month prison term for an Israeli soldier who stole a credit card. The ICC provides a strong reason for both sides to break this pattern of impunity. Again, what is wrong with that?

But what if Israel does not change? If it continues to expand settlements and to use methods of warfare that impose an unacceptably high civilian toll while refusing to prosecute offenders, that is not a path that Western governments should endorse. Keeping the ICC out at all costs may be good for the Israeli leaders who fear ICC prosecution, but it is hardly good for Israelis, Palestinians, peace in the region or global justice.

It is not too late for Western governments to change course. Obligatory condemnations are one thing, but Israel is pushing to punish the Palestinian Authority. It already is threatening to withhold tax revenues collected in the West Bank on the Palestinians’ behalf. Western governments should refuse to follow suit with their own sanctions. The Palestinians’ landmark decision to face down misguided threats and embrace the ICC should be bolstered, not undermined.