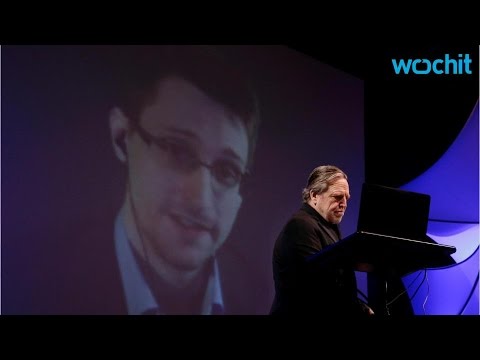 Former National Security Agency contractor Edward Snowden has frequently said that he does not regret blowing the whistle on the agency’s mass surveillance programs. However, he has now stated that he would change one thing if he could do it all again.

He would have leaked the information earlier.

Snowden made the comment during an online question-and-answer session on Reddit, known as an AMA (Ask Me Anything). Joined by journalists Laura Poitras and Glenn Greenwald, who helped break the first batch of stories based on his leaks, Snowden answered a number of questions from Reddit members.

About one hour into the session, Snowden was asked if he would do anything differently if he “had a chance to do things over again.”

“Once you grant the government some new power or authority, it becomes exponentially more difficult to roll it back. Regardless of how little value a program or power has been shown to have (such as the Section 215 dragnet interception of call records in the United States, which the government’s own investigation found never stopped a single imminent terrorist attack despite a decade of operation), once it’s a sunk cost, once dollars and reputations have been invested in it, it’s hard to peel that back.”

“Don’t let it happen in your country,” Snowden concluded.

Another user asked if it was depressing to know that not much has changed since the NSA revelations became public, but both Greenwald and Snowden resisted that contention. Greenwald noted that while the American government has not tried to rein in its surveillance power, the court system has been activated and private companies like Facebook, Google, and Apple are being pushed to implement stronger protections into their products.

“The biggest change has been in awareness,” Snowden added. “Before 2013, if you said the NSA was making records of everybody’s phonecalls and the GCHQ was monitoring lawyers and journalists, people raised eyebrows and called you a conspiracy theorist.”

“Those days are over. Facts allow us to stop speculating and start building, and that’s the foundation we need to fix the internet. We just happened to be the generation stuck with fighting these fires.”

Funniest thing about that Snowden AMA so far is that his primary reddit account has been suspended. Hahaha the NSA has fingers everywhere!

With much of the media focusing its sights on the 2016 presidential election, Snowden was asked how to ensure the NSA’s surveillance practices become a significant issue on the campaign trail. He pointed towards activism and organizing as important factors, but added that governments will not reform themselves without consistent pressure from the people.

“We’d do well to remember that at the end of the day, the law doesn’t defend us; we defend the law. And when it becomes contrary to our morals, we have both the right and the responsibility to rebalance it toward just ends,” he said.

“The answer is ‘of course not,’” he said, dismissing the claim as speculation which has no proof behind it.

“If I were a spy for the Russians, why the hell was I trapped in any airport for a month? I would have gotten a parade and a medal instead,” he said.

“The reality is I spent so long in that damn airport because I wouldn’t play ball and nobody knew what to do with me. I refused to cooperate with Russian intelligence in any way (see my testimony to EU Parliament on this one if you’re interested), and that hasn’t changed.”

On a lighter note, one user asked about a joke made during the Oscar ceremony by actor Neil Patrick Harris, during which he said that Snowden could not be at the show “for some treason.” Greenwald had called the joke petty and “irresponsible” – comments he told Reddit were blown out of proportion – but Snowden came at them from another direction.

“To be honest, I laughed at NPH. I don’t think it was meant as a political statement, but even if it was, that’s not so bad,” he said. “My perspective is if you’re not willing to be called a few names to help out your country, you don’t care enough.”