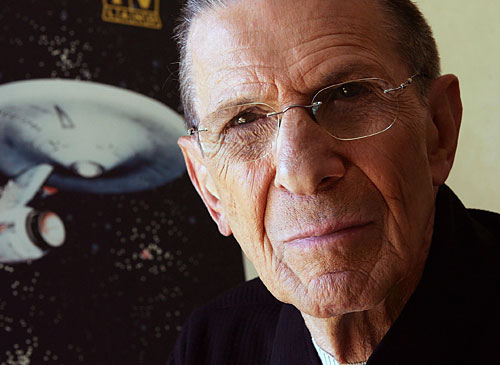 Reprint edn. in honor of the passing of Mr. Nimoy, who inspired a generation.

Leonard Nimoy, who played Mr. Spock on Star Trek, speaks out as a Jewish American in favor of a two-state solution and a divided Jerusalem.

‘ “I reach out to you as someone who is troubled to see the conflict between Israelis and Palestinians continue apparently without an end in sight.

“In fact, there is an end in sight. It’s known as the two-state solution–a secure, democratic Israel as the Jewish State alongside an independent Palestinian state. Even Israel’s nationalist Prime Minister Binyamin Netanyahu, has come to see this as the shape of the future. The problem is how to reach that end point. It’s something we should be concerned about–not only as world citizens, but as Americans.

“You might recall the episode in the original Star Trek series called, Let That Be Your Last Battlefield. Two men, half black, half white, are the last survivors of their peoples who have been at war with each other for thousands of years, yet the Enterprise crew could find no differences separating these two raging men.

“But the antagonists were keenly aware of their differences–one man was white on the right side, the other was black on the right side. And they were prepared to battle to the death to defend the memory of their people who died from the atrocities committed by the other.

“The story was a myth, of course, and by invoking it I don’t mean to belittle the very real issues that divide Israelis and Palestinians. What I do mean to suggest is that the time for recriminations is over. Assigning blame over all other priorities is self-defeating. Myth can be a snare. The two sides need our help to evade the snare and search for a way to compromise.

“The Middle East is only getting more tumultuous. The upheavals throughout the region show that what happens in the Middle East can’t help but affect us in the United States. This year, we’ve seen oil prices rise sharply and America become involved militarily in Libya. The cost to American lives and our economy continues to rise at a time when unemployment and deficits are sapping our country’s strength.” ‘

Nimoy’s letter is at Americans for Peace Now.

Relevant is this video of Nimoy speaking on the Jewish values in Star Trek: 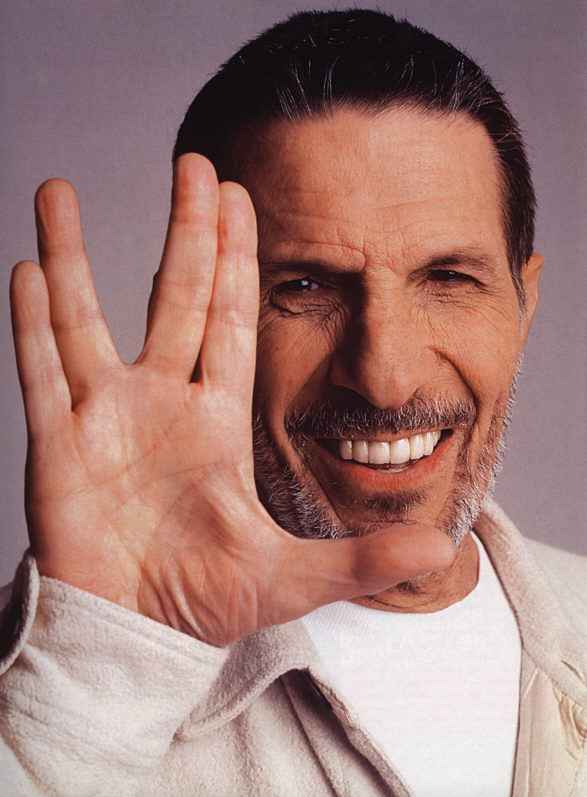 The episode “Let that be your Last Battlefield” is here