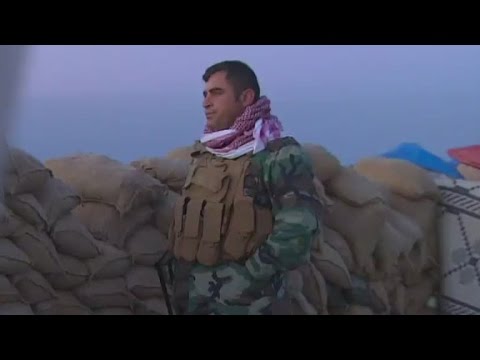 The victims, residents of an area near the town of Hit, some 200 kilometers west of Baghdad, were suspected of informing Iraqi security forces about the militants’ movements.

Our correspondent says the militant group also accused the victims of encouraging people to join tribal forces who are fighting against IS.

Anbar officials said in a statement that one of the victims was a former police officer.

Residents of the area were reportedly forced to come to the site of the burning and watch the incident.

The killings, which come shortly after the release of an IS video purporting to show the immolation of captured Jordanian pilot Muath al-Kasasbeh, is the first known instance of civilians being burned alive in revenge for their opposition to the militant group.

CNN: “Peshmerga frustrated by lack of weapons against ISIS”