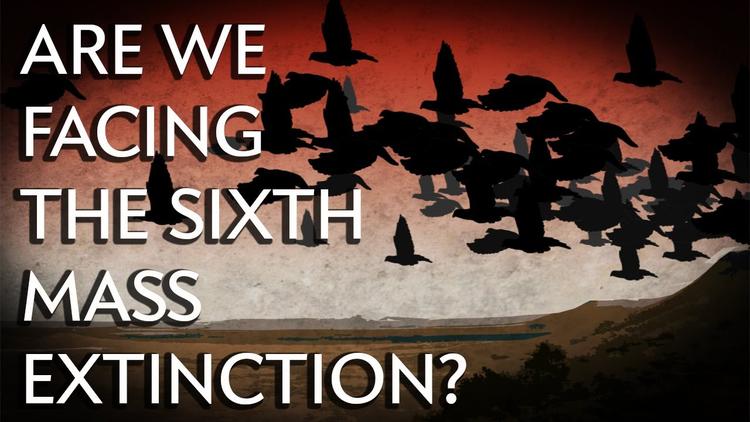 By Jessica H. Whiteside | (The Conversation) –

Just over 200 million years ago, the end-Triassic mass extinction killed off more than half of the species of organisms living on Earth’s land and in the oceans. We are only just beginning to understand how this – and the period of runaway global warming that followed – changed the chemistry of open oceans.

The end-Triassic mass extinction marked the transition between the Triassic to the Jurassic Period and the rise of the large herbivorous dinosaurs, such as the Diplodocus. The extinction meant that previously abundant species were cleared from ecological niches, which allowed dinosaurs to move in with little competition from other animals. The Jurassic lasted another 55m years until the beginning of the Cretaceous Period.

But the extinction also had profound effects on ocean ecosystems. Previous research linked the extinction to rapid global warming and changes in ocean chemistry which were caused by massive volcanic eruptions that released large amounts of greenhouse gasses into the atmosphere.

One of the unanswered questions has been how global warming changed the chemistry of the oceans. Some studies provide a picture of environmental changes on land and in coastal shallow seas, but until now there has been little information on the conditions of ecosystems in open ocean areas – known as pelagic zones – where water is neither close to the seabed or the shore.

We extracted and analysed fossilised organic molecules – known as biomarkers – that are the remains of microscopic marine organisms from sediments deposited at the bottom of what was the north-eastern Panthalassic Ocean – the vast body of water that surrounds the ancient super-continent Pangaea. The sediment is now preserved as rock exposed on the coast of Haida Gwaii (also known as the Queen Charlotte Islands) off the coast of British Columbia in Canada.

Different types of biomarkers signify the presence of certain groups of organisms and allow us to track their abundance in Triassic oceans. Our results show that for a 600,000-year interval immediately after the end-Triassic mass extinction, water close to the ocean surface became devoid of oxygen and was poisoned by hydrogen sulphide, a by-product of anaerobic bacteria that is extremely toxic to most other forms of life. This oxygen depletion and hydrogen sulphide poisoning disrupted the availability of nutrients, altering the food chains and causing a major disruption of marine ecosystems.

Clues for the future

These results are similar to another major event in the geologic record that was also caused by greenhouse gas release: the end-Permian extinction, the largest-known mass extinction.

Our team’s discoveries about the end-Triassic mass extinction event have direct relevance to today’s world because we are currently experiencing a rapid rise in the atmospheric levels of the greenhouse gas, carbon dioxide (CO2). Although the Earth was very different during the Triassic Period due to the lack of polar ice caps and higher initial CO2 concentrations, the speed of CO2 release from volcanic eruptions following the mass extinction is similar to those that we are experiencing today through the burning of fossil fuels.

The concern is that the consequences of rapidly rising atmospheric CO2 levels can be expected to be similar: ocean acidification, oxygen depletion of the oceans, hydrogen sulphide poisoning and disruption of food chains through the killing off of photosynthesisers in the ocean.

Studies of ancient mass extinctions such as the one at the end-Triassic inform us of the possible consequences of our own CO2 crisis.

Jessica H. Whiteside is Lecturer in Ocean and Earth Science at University of Southampton

Scientific American: “Are We Facing the Sixth Mass Extinction?”