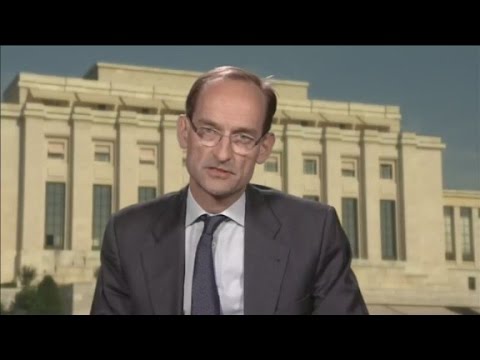 By Sophia Dingli | (The Conversation) –

Yemen’s humanitarian crisis is by all accounts getting worse by the day, and the city of Aden has become a major flashpoint. Aden is caught in a stand-off between Houthi rebels and forces loyal to the government they are trying to overthrow. On April 5, the Houthis claimed control of the city’s al-Mualla district after a deadly assault in which neighbourhoods were apparently torched.

One of the city’s electricity generators has been hit, leaving scores of houses without electricity. At the same time, one of the city’s main water systems, responsible for supplying a million people with clean water, has been seriously damaged, accompanied by food and fuel shortages.

The Red Cross has issued a plea for a pause in the violence so it can deliver humanitarian aid to the city’s residents – a plea that has so far been rejected.

Yemen’s Houthi rebels are not acting alone. They are allied with forces loyal to the former president, Ali Abdullah Saleh, who used an army under his tight control to manage his 33-year reign. He is now reportedly giving the Houthis access to military bases, even though only a few years back he was backed by Saudi Arabia in a civil war against them.

Their combined forces have descended on Aden, where they are reportedly targeting civilians’ homes.
This form of collective punishment is not new for Adenis; it is strongly reminiscent both of British colonial policies and of the Saleh government’s treatment of the city following the end of the 1994 civil war.

Meanwhile, al-Qaeda in the Arabian Peninsula (AQAP) has taken advantage of the current chaos in Yemen to take over al-Mukalla, Yemen’s second most important port and the Hadramout region’s capital city. AQAP intends to declare Hadramout an Islamic state and, amid the chaos in the country at large, the situation there is clearly coming to a head.

On the other hand are the Saudis – who, though heavily involved have traditionally restricted their involvement in Yemeni politics to quiet meddling. They are now bombing the country with the help of a coalition of ten states, targeting Houthi-held Aden and the capital, Sanaa, whose international airport has been destroyed. Bridges and other important routes into Aden have been taken out to stop Houthi forces entering or leaving the city.

Bombed to the table

Reports are claiming that the Houthis are ready to come to the negotiating table as long as the air strikes cease. But the chances of this actually happening are quite slim, since it would mean that the coalition would agree to entering into negotiations without any real strategic advantage.

The Saudis’ interests in Yemen long predate this war and they are one of the most important players in Yemen’s politics and its futures. Despite their relative power in the region there are some constraints on what the Saudis can do. Because of their close association with the US and their need to be considered legitimate members of the international community, the complete subjugation or elimination of the Houthi movement with a total assault is not an option.

Instead, the Saudis and their allies are aiming to bomb the Houthis to the negotiating table. Any settlement reached there can be expected to aim at expelling the growing Iranian influence from Yemen, ensuring the violence does not spill over into Saudi Arabia and striking a new balance of power among Yemen’s warring factions.

The ideal outcome from Riyadh’s point of view is an order that stabilises the country under a patronage system which they can manipulate, allowing the Saudis to exert their influence in Yemen unabated while curbing the Yemeni people’s democratic impulses.

But the popular democratic rage of Yemen’s 2011 revolution has never truly abated. Further, the existence of a myriad of power centres in Yemen means that any settlement that fails to improve on Yemen’s pre-2011 corrupt system would be disastrous even in the short term, unless the Saudis manage to totally eliminate the fighting power of their opponents – a next-to-impossible task.

If Yemen is to avoid the spiral of violence that begat the Syrian civil war, the various powerful actors machinating inside and outside the country must seek a genuinely sustainable new order. But remaking the Yemeni state either by transplanting Western models of liberal democracy or by turning the clock back to before the Arab Spring are simply not viable options.

The only way forward is to strike an effective balance of power within Yemen, building on whatever legitimate structures can be found – whether tribal, religious or local.

But negotiations will only begin when those who hold the most power have achieved their goals. In the meantime, Yemen’s resilient people will continue to suffer.

Sophia Dingli is Lecturer in International Relations at University of Hull