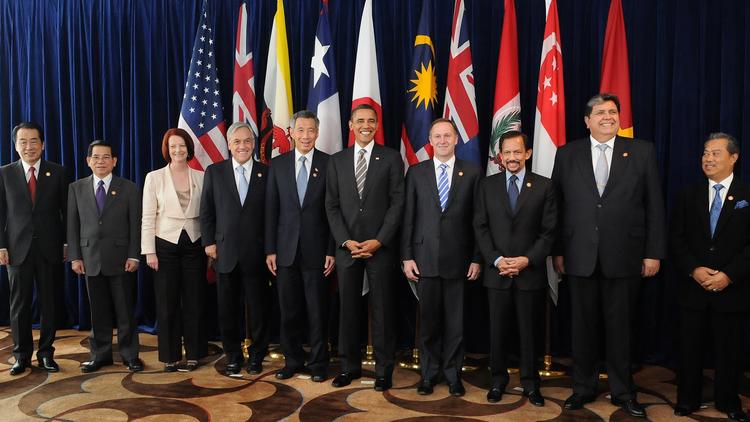 The Fast Track bill contains some minor procedural improvements from the version of the bill introduced last year. However, these fixes will do little to nothing to address the threats of restrictive digital regulations on users rights in the TPP or TTIP. The biggest of these changes is language that would create a new position of Chief Transparency Officer that would supposedly have the authority to “consult with Congress on transparency policy, coordinate transparency in trade negotiations, engage and assist the public, and advise the United States Trade Representative on transparency policy.”

However, given the strict rules of confidentiality of existing, almost completed trade deals and those outlined in the Fast Track bill itself, we have no reason to believe that this officer would have much power to do anything meaningful to improve trade transparency, such as releasing the text of the agreement to the public prior to the completion of negotiations. As it stands, the text only has to be released to the public 60 days before it is signed, at which time the text is already locked down from any further amendments.

There is also a new “consultation and compliance” procedure, about which Public Citizen writes [pdf]:

The bill’s only new feature in this respect is a new “consultation and compliance” procedure that would only be usable after an agreement was already signed and entered into, at which point changes to the pact could be made only if all other negotiating parties agreed to reopen negotiations and then agreed to the changes (likely after extracting further concessions from the United States). That process would require approval by 60 Senators to take a pact off of Fast Track consideration, even though a simple majority “no” vote in the Senate would have the same effect on an agreement.

Thus, essentially the Fast Track bill does the same as it ever did-— tying the hands of Congress so that it is unable to give meaningful input into the agreement during its drafting, or to thoroughly review the agreement once it is completed.

A main feature of the bill is its negotiation objectives, which set the parameters within which the President is authorized to negotiate the agreement. If Congress considers that the text ultimately deviates from these objectives, it can vote the agreement down. Some of these negotiation objectives have been added or changed since the previous Fast Track bill, but none of these provide any comfort to us on the troubling issues from the Intellectual Property, E-Commerce, and Investment chapters of the TPP. Indeed, some of the new text raise concerns. For example:

But more troubling than what has been included in the negotiating objectives, is what has been excluded. There is literally nothing to require balance in copyright, such as the fair use right. On the contrary; if a country’s adoption of a fair use style right causes loss to a foreign investor, it could even be challenged as a breach of the agreement, under the investor-state dispute settlement (ISDS) provisions. Further, the “Intellectual Property” section of today’s bill is virtually identical to the version introduced in 2002, and what minor changes there are do not change the previous text’s evident antipathy for fair use. So while the new bill has added, as an objective, “to ensure that trade agreements foster innovation and promote access to medicines,” an unchanged objective is “providing strong enforcement of intellectual property rights.” What happens if those two objectives are in conflict? For example, in many industries, thin copyright and patent restrictions have proven to be more conducive to innovation than the thick, “strong” measures the bill requires. Some of our most innovative industries have been built on fair use and other exceptions to copyright—and that’s even more obvious now than it was in 2002. The unchanged language suggests the underlying assumption of the drafters is that more IP restrictions mean more innovation and access, and that’s an assumption that’s plainly false.

All in all, we do not see anything in this bill that would truly remedy the secretive, undemocratic process of trade agreements. Therefore, EFF stands alongside the huge coalition public interest groups, professors, lawmakers, and individuals who are opposed to Fast Track legislation that would legitimize the White House’s corporate-captured, backroom trade negotiations. The Fast Track bill will likely come to a vote by next week—and stopping it is one sure-fire way to block the passage of these secret, anti-user deals.

If you’re on Twitter, help us call on influential members of Congress to come out against this bill.